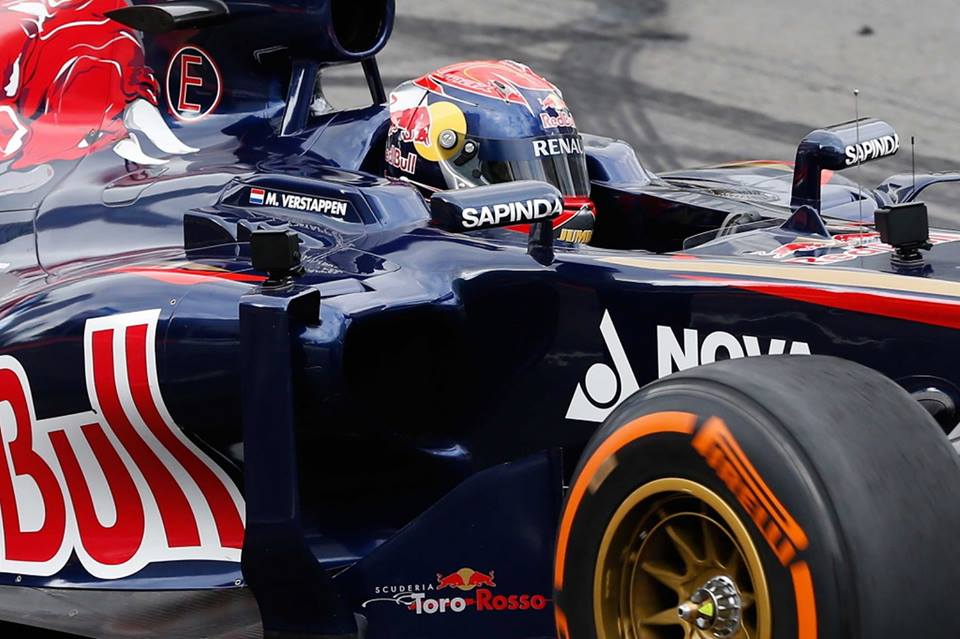 Since the shock announcement this summer that Red Bull would be placing promising Dutchman Max Verstappen with it's junior Scuderia Toro Rosso team for next year, there has been plenty of speculation as to his preparation schedule for his debut at 17 years old next year.

Today another step in his adaptation to F1 was announced after previous tests in older spec cars and extensive sessions in the Red Bull simulator the much expected announcement has been confirmed that he will make his F1 debut this Friday in Free Practice 1 for this weekend's Japanese Grand Prix.

Speaking about his upcoming debut Verstappen had this to say "I am very much looking forward to taking part in a free practice session at a grand prix for the first time. It is good preparation for next year, even if it's not something I could have imagined a few months ago."

Verstappen also announced on his website that he had passed a full medical in Finland earlier this month "In Finland they've tested my physical health and thankfully all is well, They scanned and screened me head to toes and the medical team were happy with my health and fitness." Verstappen also talked about his preparation so far in his latest announcement he made on his website "Thus far, I've driven the simulator in the Red Bull Technology Centre twice. You basically spend the whole day, from morning till evening, driving. The last time, we practised the Suzuka track, in preparation for free practice 1 at the Japanese Grand Prix. I've have to say it's a tricky track to master."

Whilst Verstappen is keeping his expectations to a modest level for his F1 debut later on this week, it will a interesting sub-plot during Free Practice 1 as to his progress, whilst it will also give him a snapshot of the huge pressure and expectation placed on young drivers in the F1 fishbowl. How do you think he will get on in his first F1 session this weekend?

Staff
Premium
I won't be surprised if he sets a remarkable quick time during his first visit to the track.
J

Dont expect much for this FP1, they will just work trough the program so i wouldnt expect mirracles here. Also you are bounded to the amount of set of tyres. Anyway just keep the car in one piece and if he can stay within 1 sec of Kvyat he will do great.

Melbourne 2015 is what matters really, not this FP1 session.

Melbourne 2015 is what matters really, not this FP1 session.
Click to expand...

That's so true. However, he is a son of Jos and shares some of that Verstappen DNA as well, so we might be in for a surprise

Bram Hengeveld said:
That's so true. However, he is a son of Jos and shares some of that Verstappen DNA as well, so we might be in for a surprise
Click to expand...

Well if his brief F3 career (so far) is anything to go by, then he'll be fine.
I'm very interested to see how he goes next year, his speed is pretty bloody impressive.

Staff
Premium
I hope he inherited his father's rain driving skills. If so lets hope Pluvius will go nuts during the 2015 season.
M

Premium
Normally I don't watch the FP sessions but for this one I will make an exception. I hope he does well.
G

That's pretty impressive considering the challenge of Suzuka to be only 0.4 of a second behind an impressive rookie Kvyat in his first proper go in the car bodes well for next year