How to fix the penalties

I have come up with an idea for the off-track penalty system.

If during your time off track your speed drops below 30mph/50kph, the penalty stops and allows you to pick up speed and rejoin safely without the penalty keeping you at the speed as you rejoin the track.

This way, you can have tight battles without the risk of a massive penalty, or it doesn't compound an error from running wide. There are some places where the penalty for slight cuts is very harsh (Aintree, Raidillon to name a few), and this would make it better.
Reactions: Jordan Dion 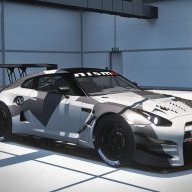 yep .. but it should be added to your laptime, not shutting down your power ... and if you gain position by it you should get drive through penalty in next 3 laps ...

ouvert said:
yep .. but it should be added to your laptime, not shutting down your power ... and if you gain position by it you should get drive through penalty in next 3 laps ...
Click to expand...

But how will that work in races?

Jimlaad43 said:
But how will that work in races?
Click to expand...

- drive through is nothing new in sims .. you cut track and gain possition (or ignore blue flag few times, etc) you get drive through penalty and you have 3 laps to drive through pits without stopping (pit limiter on .. or staying under pit speed limit) .. you can choose when to do it (in those 3 laps)
- adding seconds to lap time .. you are 1 meter out of track, presetted amount of time will be added to your lap time ... if you finnish 3th but 4th guy has better overall time, you will be moved to 4th possition (or 5th, 6th .. based on overall times of other players) ...

there is no anoying, potentionaly dangerous (immersion taking away) artificial slow downs but you still carry consequences for your actions .. 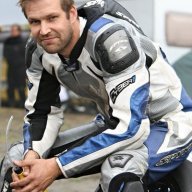 There is a big difference in cutting a track and accidentally slipping a bit out. Usually you lose time when you slip out, so imo there shouldn't be penalty for that. But when done for faster lap time, whole other story. AI isn't good for judging that I guess

Which brings me to a noob guestion. When in a league sim race, are there judges for this, or is it AI penalty?

When it comes to hot lapping all they have to do is invalidate the lap. That would solve any cheating. In a race you should get a warning or two before you get a serious penalty like a drive through.

Turk said:
When it comes to hot lapping all they have to do is invalidate the lap. That would solve any cheating. In a race you should get a warning or two before you get a serious penalty like a drive through.
Click to expand...

it needs to be fine tuned for sure .. maybe tied to difficulty or having different server presets .. but current solution (making your car slow down) is to worst possible solution

ouvert said:
- adding seconds to lap time .. you are 1 meter out of track, presetted amount of time will be added to your lap time ... if you finnish 3th but 4th guy has better overall time, you will be moved to 4th possition (or 5th, 6th .. based on overall times of other players) ...

there is no anoying, potentionaly dangerous (immersion taking away) artificial slow downs but you still carry consequences for your actions ..
Click to expand...

Stefano already rejected this option, mostly cause it creates 'false' racing situations - if someone's on the same lap as you and driving in front of you, passing them doesn't change the order you finish in.

I think they might be going with an automated system like iracing where if you cut + gain advantage, you have to slow down. Not sure though.

The sim "Nascar Heat" added a certain number of seconds to your final race time according to how much time it saved you by cutting that corner/chicane and at the end of the race it would calculate the final positions. The only small drawback it might of had was you would sometimes be fighting a driver who clearly was no longer in contention for that position. Sometimes in my races there were drivers who accumulated enough penalty points that their final positions went from a 1st to a 4th or 5th.

It doesn't really matter because a new penalty system is coming with 1.1

Hopefully it'll be something like I suggested earlier.
Tied to braking inputs...or at least attempts at braking prior to going off track.
Since the software is capable of monitoring inputs, there is nothing to stop AC's developers from using that data to determine if a driver deliberately powered through to cut a corner... thereby gaining an advantage.
It could work like this:
Corner approach...no brake input before exceeding track limits and off= 2 sec penalty.
Corner approach...brake input before exceeding track limits and off= no penalty.
Track rejoin at any angle more than 90 degrees to track direction= immediate disqualification (that one will get rid of those guys who like to drive reverse and ram people off track).
Last edited: Mar 1, 2015

Terry Rock said:
Track rejoin at any angle more than 90 degrees to track direction= immediate disqualification (that one will get rid of those guys who like to drive reverse and ram people off track).
Click to expand...

No. What happens when you get tapped off onto some runoff and then spin back onto the track? If you're pointing backwards after that, you get disqualified, not fair at all.

Getting slowed down is just dangerous as hell.

Minorly and accidentally cuted slightly over too much over the curb or miscalculated into a chicane or slid off or anythign similar: You get slowed down - people behind you are surprised sometimes, cant react fast enough -> Heavy crash.
Or the driver tries to brake to get the penalty go away sooner - Even worse for drivers behind.

There shouldnt be a slow done penalty, more like a "rating" on how heavy the cut was, or how much time was gained in comparison to laps before.
This "score" should be added up and at a certain point youll get a drive through. 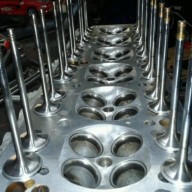 to all AC users, inquiring about current state of PENALTY and FLAG SYSTEMS in AC?
is it better now in latest build and at a point where LEAGUES/ SERIES and RACES can be run without watching every drivers move on track? honest and frank feedback would be greatly appreciated.

The AC penalties are .... ridiculous for a serious race event, no other word possible !
They are just penalties for .... Hotlap, that's all.

The only good system, the realistic one and applied in real racing, I don't even see how to make it otherwise.... is a system of 1 or 2 free "warnings" ( for cuts mostly ) and a Drive Through penalty in case of another warning.
Same, but no warning, for "Speeding in the Pitlane".

Only one app does that perfectly at my sense ( and more as our main french leagues are using it for a long time now) : Wally Masterson's PitLane Penalty.

The only problem is, as already said many times, the lack of special settings in Kunos server system.
As league admins and organizers, we have to check if the PLP was installed and activated, with the right version ... and check if the received Drive Through penalties were really applied in the race. Wally's ACLogParser already helps a lot in that meaning.... but sometimes we also need to check better in the log itself.

But anyway, after checking ... we know that we remained impartial for all drivers, as the ones without the app activated or with not respected penalties .... are penalized heavily after the race: disqualification or 1 lap penalty for the worst cases.

For the flag system, the most important one to respect is the Blue one.
A big default .... it appears too soon when the nearly lapping car is too far mostly .... and we need to check also if the blue flags were respected correctly and in due time .... but mostly after a driver's race incident analyse request.
Last edited: Dec 5, 2018

If you make the same "mistake" 3 times on the same corner, without a deliberate lift off the gas pedal, you can't really argue with a drive through (IMHO). Not difficult.

The PLP can do that also, Denis ... the difference of speed between the cut entry and the cut exit is a setting in its ini file.
Moreover in case of cut entry, there's a red led ... if this led gets green on screen, there's no warning given by PLP .... it simply means you lift off the gas pedal. ( or at least meaning you lost time and not gained any ).
This red-green led also works for the Speeding in Pitlane ... but mostly when it's too late

EDIT: the only problem is .... you loose control and you get out in the straight begin ... and you may get a "warning" ... as it cannot make a difference between cut and simple incident.

The second problem is it's impossible to make the app mandatory in the server settings ... and it misses a "Black Flag" if a Drive Through Penalty is not done ( as it happens for a not respected penalty with a false start with original AC Start system ( if chosen that way ).
Last edited: Dec 5, 2018
Reactions: Jordan Dion and Denis Betty
You must log in or register to reply here.
Share:
Facebook Twitter Reddit Pinterest Tumblr WhatsApp telegram Email Link
2 comments
The RaceDepartment Podcast | Season 2, Episode 7 Now Available
88 comments
RaceRoom Racing Experience | DTM 2020 Now Available
56 comments
Project CARS 3 | Developer Blog: Handling Upgrades
68 comments
F1 | Tuscan Grand Prix Restart: What Went Wrong