Reigning World Champion Lewis Hamilton has withdrawn from the first day of the second pre-season test at the Circuit de Barcelona-Catalunya due to illness.

Before stopping, Hamilton managed to complete 11 laps with the majority being low speed aero runs before Mercedes confirmed that he was ‘unwell and not able to continue driving today’ via their twitter account.

For mean time reserve driver Pascal Wehrlein, who had been drafted in to test for Force India, has replaced Hamilton in the cockpit with Force India confirming that Sergio Perez will make his first appearance at pre-season testing this afternoon behind the wheel on the VJM07.

Hamilton is scheduled to return to the track on Saturday. 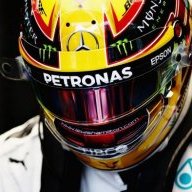