Staff
Premium
A new update and plenty of additional content has been released today for RaceRoom Racing Experience.

Headlining the new build of R3E will no doubt be the latest fresh content DLC to drop for the sim. Adding for the very first time vehicles from the historic Group C era, players now have the opportunity to purchase either the iconic Porsche 962C or Nissan R90 CK as additional game DLC, with the Group C pack retailing for approximately £9.36.

Powerful, high downforce and capable of matching the speeds achieved by Formula One cars of the period, Group C has long been held in high regard by fans of sportscar racing. Having announced recently as heading to R3E, this new content addition will no doubt provide an exciting prospect for those of us looking for high-speed endurance racing thrills…

In other content news, the new update also adds a further classic Porsche into the mix, introducing my personal favourite, the Porsche 911 Carrera Cup (964), a rear engine high performance and well-known racing car that held centre stage in the one make Porsche Carrera Cup series in the early 1990’s. This new class retails for around £3.40.

Featuring much less downforce than is enjoyed by fellow new content offerings of the Group C machines, this new class of car is much more orientated towards driver skill and race craft, making it potentially the perfect candidate for close door-to-door racing action.

While it is perhaps inevitable that the three new cars grab much of the headlines, the new build also includes a sizeable changelog and range of improvements to the core game experience. Of these, highlights include the long awaited inclusion of tyre pressures - although only available on selected cars for now. 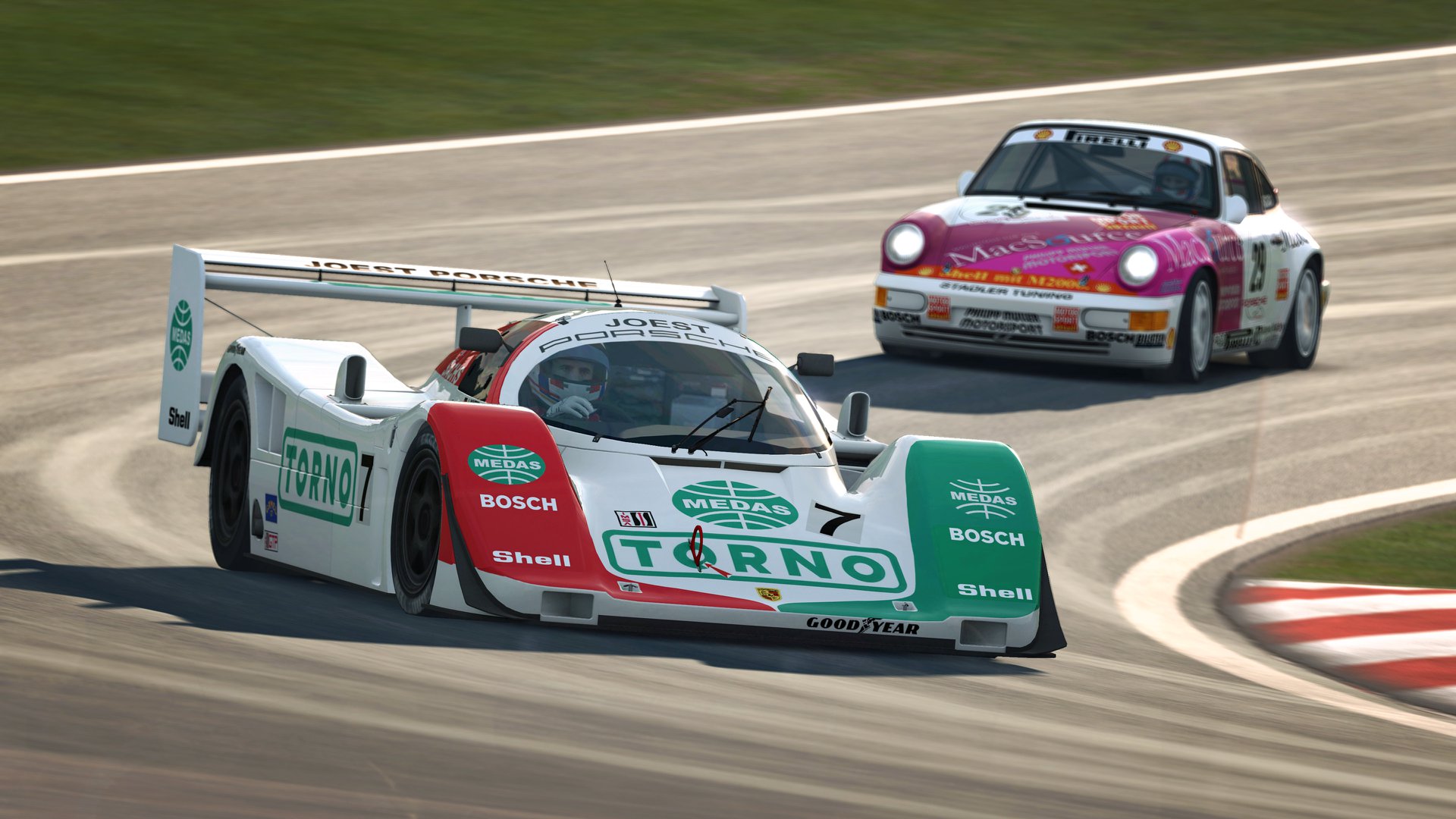 RaceRoom Racing Experience is a PC exclusive racing simulation from Sector3 Studios, and is available to download now.

Check out the RaceRoom Racing Experience sub forum here at RD to join in the discussion, find some awesome League and Club Racing events, and of course download a mod or two as well..

bop for gto and group 5 lovely

Staff
Premium
Nearly 15 gig downloaded in no time at all, boom!

Premium
If people want to try the new cars online, there is an RD test server up now. All new cars available, maximum practice session length.

RaceDepartment.com Test Server
Password is the same as the clubs.

What is wrong with the physics on the DTM '92 cars?
IMHO, these cars are fantastic.
U

Michel Bélisle said:
What is wrong with the physics on the DTM '92 cars?
IMHO, these cars are fantastic.
Click to expand...

I agree, they're one of my favourite classes by far. I'm not sure exactly what they're doing to them, but it was mentioned some time ago that they're being updated to the current physics soon™.

Ross Garland said:
If people want to try the new cars online, there is an RD test server up now
Click to expand...

But don't forget you can test the new tyre pressure setting for the GT2's in tonight's race, so get signed up

I'm all on my own here

Premium
i asked how to get the new HUD, just had this reply

Then, via steam, add a launch param to Raceroom as follows:
-webHudUrl=https://sector3studios.github.io/webhud/dist/

kamackeris said:
I'm all on my own here
Click to expand...

Maybe we're trying to tell you something

Michel Bélisle said:
What is wrong with the physics on the DTM '92 cars?
IMHO, these cars are fantastic.
Click to expand...

They have the oldest physics in the game, very floaty, iirc made for a time when tracks were bumpier on the physics mesh while suspension simulation was less complex. Also, corner speed, lap times are crazy fast compared to real ones. I didn't mention they aren't fun, but they feel very dated for a sim in 2019.
Just compare to the same cars in AC. This is why they are having a major overhaul, that I hope it'll make it in the next patch.

But cough cough sound improvements.
So what's actually new here, content, cameras, UI, tyre pressures.
And a very big bucket load of adjustments.
15 gigs of anticlimax. In my opinion.
I really expected something substantial.
I really don't see the point of BOP after all not all cars are the same. And that's what makes them unique where they work better on certain tracks than others.
Feel free to hit that disagree button for having an opinion.
M

Nice update, but I'll pass on the Group C cars, considering the price. I'll wait for a sale.

Premium
I LOVE R3E and its content. However the asking prices for their DLC is wearing my patience thin. The Group C cars "...each car retailing for approximately £9.36"?! I can afford it, I'm not sure I can justify it.

Peaople complain about rFactor 2 DLC prices?! You've got to be kidding me.

Piero Favretti said:
I LOVE R3E and its content. However the asking prices for their DLC is wearing my patience thin. The Group C cars "...each car retailing for approximately £9.36"?! I can afford it, I'm not sure I can justify it.

Peaople complain about rFactor 2 DLC prices?! You've got to be kidding me.
Click to expand...

nah man i got the porsche for £3.60 1 livery
You must log in or register to reply here.