“The question is not what you look at, but what you see.” (H.D. Thoreau)

I was really struck by this short movie when I first saw it. I did not know what to expect, I was not sure it was actually going to deliver, but now that I did see it I am glad I happened to find it. The plot might not be the most original, I know. It is the story of a Group B rally driver finding himself badly injured but alive, again at the wheel of one of those killer beasts after the tragic death of his best friend and co-driver in an accident during a race. If I had to make comparisons, it could sound very similar to another action packed story based in the 80es, which is that of the very famous “Top Gun” movie.

However, doing that would not do justice to it, it would be unfair and an oversimplification of it. This one, in fact, is almost exclusively narrating the struggle to find peace of the protagonist, named Shane, while attending the very first race without his mate. It is a human story, in which I think that many can relate and understand what is going through the head of the main character. To cope with such a dramatic loss, to find purpose in keep doing what you’re doing, even if it is something you loved to do, to find answer to life’s meaning. To understand what friendship means, how those around you are indeed affected by your pain, but it is only you the one that has to bear the torment, to fight with it and in the end to be left with a choice. Keep going, keep living, and keep honouring by doing so those who lost that gift, or become lost. Become a new person, even though it is distant miles from the one you actually dreamt to be, but it is the one you need to are, or be wandering in your own self-constructed mind narrative you keep repeating to yourself.

I know that to find oneself at such a crossroad means to have gone through some terrible ordeal, or being just in the middle of it. Not everyone did, but almost anyone will find himself at that ‘stage’. The director managed, in my opinion, to frame that moment perfectly in the eyes of the protagonist. Shane is teared, his arm’s muscle being just an embodiment of such state. He can barely move himself past a certain point, just like his arm does, and hardly can carry the weight of the burden he has to lift. Yet he is at that crossroad, he needs to understand what it is going to be. The moment is coming, while he nervously waits in line to be tested. Life is counting the time left; but then again, maybe life is also giving him the tools required to understand what his call will mean. While others leave and go, maybe never to return, you have to remember that in that clenched cockpit, in your life, you are not alone. You never truly are. Just manage to look past where pain forces you to and there will be the sign that is meant to be there for you.


In conclusion, while I know that this is probably not be the best re-enactment possible of the Group B Era (and there are some mistakes here and there), I applaud the film direction for the powerful message behind what it might otherwise look like a very simple story. Photography and sound seemed very well done, even though I admit I am but a simple amateur commenter on those aspects, and complimented the scenes as they were supposed to. Overall, a very good short movie, which I wholeheartedly recommend to watch when you have half an hour free to focus on it. It was not easy to come by as of late, but a simple internet search should provide you with the means to enjoy this great work. Make sure to leave you appreciation on the official Facebook page if you do, which can be visited HERE.

Do you share our opinion? What are your impressions about the movie?
Let us know in the comments below!

Sorry, because of the modern attention short span. I couldn't watch it without forwarding and skipping . In short just boring

I do not not see how that movie could work.
Any actor, trying to pretend to be Röhrl or Vatanen, when you have hours of the real onboard footage at your disposal on youtube, is almost destined to come across pathetic.
Well, maybe I'm proven wrong, but have a bad feeling for this one...

Just watched it. I thought it was totally excellent. Seeing that this is a student project, with a budget of 13.000 Pound Sterling, I was very pleasantly surprised. There's a lot of "professional" filmmakers that can learn a thing or two from these kids. Photography, editing and acting are all top notch. I agree, it is not much of a racing movie, but I don't feel like I lost a half an hour of my precious time as in so many movies nowadays. The down side, as in many ( good) short movies, is that it is just way too short. I really wish they had made this into a full length film. Thanks Leon, for pointing it out to me. Good one.
R

I personally thought it was pretty average.

it is not a movie about Group B it is about a bloke dealing with someone dying.

More footage would be better, three quarters of it is a bloke sitting in a 6R4 cockpit.

gecco said:
I do not not see how that movie could work.
Any actor, trying to pretend to be Röhrl or Vatanen, when you have hours of the real onboard footage at your disposal on youtube, is almost destined to come across pathetic.
Well, maybe I'm proven wrong, but have a bad feeling for this one...
Click to expand...

Did you watch Rush?

Thanks for the heads up, I'd never heard of this before.

It was a nice little short, and I enjoyed it for what it was; A focus on the human element within a highly mechanical setting.

I agree that the sound work was well done and the visuals were very pleasing throughout.
The fast sections fell victim to the ubiquitous 'film the driving at slow speed and play it back in fast forward' effect but that is forgivable.

I think that it could make a nice full length film with a decent budget behind it. This is coming from someone who really struggles to get invested in character driven stories, so they must have done something right.

Just kidding, it's a nice film!

Thank for the tip......I really enjoyed that. Good film.

Premium
I'd rather watch Group B than marry a Frey girl.

gecco said:
I do not not see how that movie could work.
Any actor, trying to pretend to be Röhrl or Vatanen, when you have hours of the real onboard footage at your disposal on youtube, is almost destined to come across pathetic.
Well, maybe I'm proven wrong, but have a bad feeling for this one...
Click to expand...

There's barely any period onboards though. There's one with Salonen, the famous one with the Quattro through the crowds and what else?
K

theravenousbeast said:
There's barely any period onboards though. There's one with Salonen, the famous one with the Quattro through the crowds and what else?
Click to expand...

Often when they make bigger budget documentaries they manage to acquire footage from people that were in the scene or pay the copyright owners of the footage for it and a load of it could be new.

So hopefully someday before all the footage goes missing or gets destroyed, if there is any, some documentary crew will manage to get it and release it to the public.

Not gonna keep my fingers crossed though.

Just came across the movie on YouTube and absolutely loved it. Honestly, the climax scene decision making point was really really well done. Cinematography was great. I loved the stillness of some of the scenes. All of the acting was top notch. Highly recommend to any fan of the "Art of Racing in the Rain".

Premium
So this is sort of a B movie?

This is not your average student project. The lead actor was in 'Games of Thrones' and the lead in the recent award nominated BBC drama 'Bodyguard.'
Last edited: Dec 11, 2018

theravenousbeast said:
There's barely any period onboards though. There's one with Salonen, the famous one with the Quattro through the crowds and what else?
Click to expand...

Wears the pope a silly hat?
I'm Austrian, so, of course I watched Rush!!
But F1 is easier to redo. All the action happens in the closed constraints of the circuit, with the spectators neatly arranged on the grandstands. Also, Daniel Brühls performance as Lauda was outstanding.
I just imagine it to be vastly more difficult to capture the tension and craziness, that
Group B embodied back in the 80s, and even if not period correct, there is so much footage, that makes it easy to revive these days, that any film may look bland in comparison.

But as I learned, the film seems not to be all about rallye, so despite my bias, I shall watch it open minded

WRC is for boys....Group B was for MEN and one Woman, Michelle Mouton..who ALMOST became the 1982 World Rally Champion.

need I say more than that?

It all ended on the 2nd May 1986 with the death of the Ayrton Senna of Rally, Henri Toivonen and his co-drive Sergio Cresto at the 1986 Corsica Rally...

Those cars had more than 500bhp and the Group S cars that were suppose to replace the mad wild days of Group B were rumoured to have well over 1000bhp....but Group B and Group S were killed off due to safety....
B

Really enjoyed it!
This was the next video that came up on the playlist and seems very fitting to post it here, some unbelievable scenes! 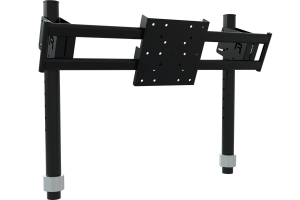 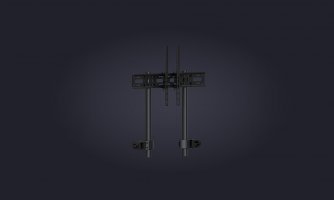 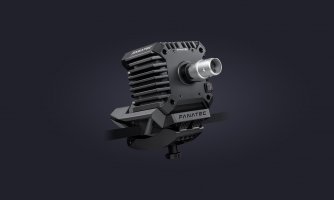 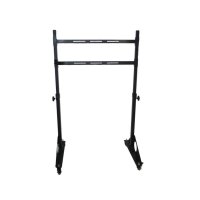