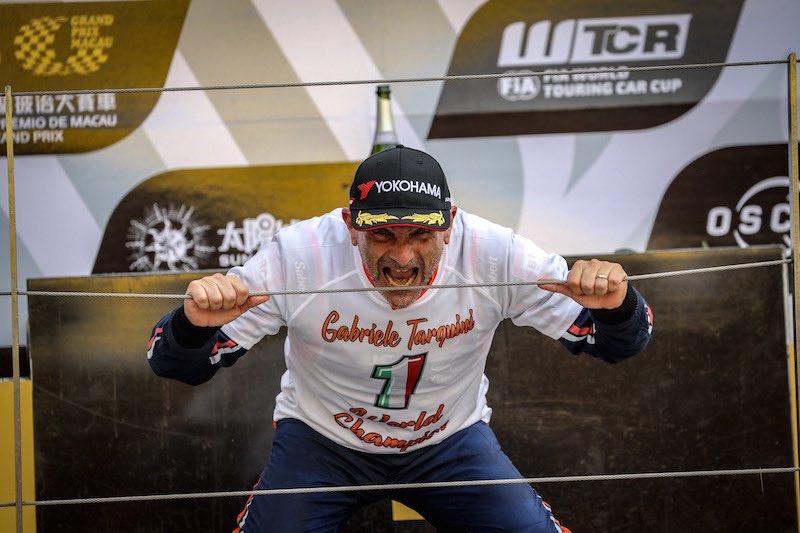 Beating his own record from nine years ago, Tarquini did just enough in Macau earlier today to secure the World Championship by three points from long-time rival and fellow Hyundai driver Yvan Muller, the Hyundai BRC Racing driver becoming a double World Touring Car Champion and with it taking the record of the oldest World Champion in the history of FIA sanctioned motorsport events.

Still young at 56 years of age, Tarquini has produced a measured and competitive performance throughout the season, taking five wins and two pole positions on his way to title success - some 26 years after retiring from Formula One competition at the end of the 1992 Grand Prix season! 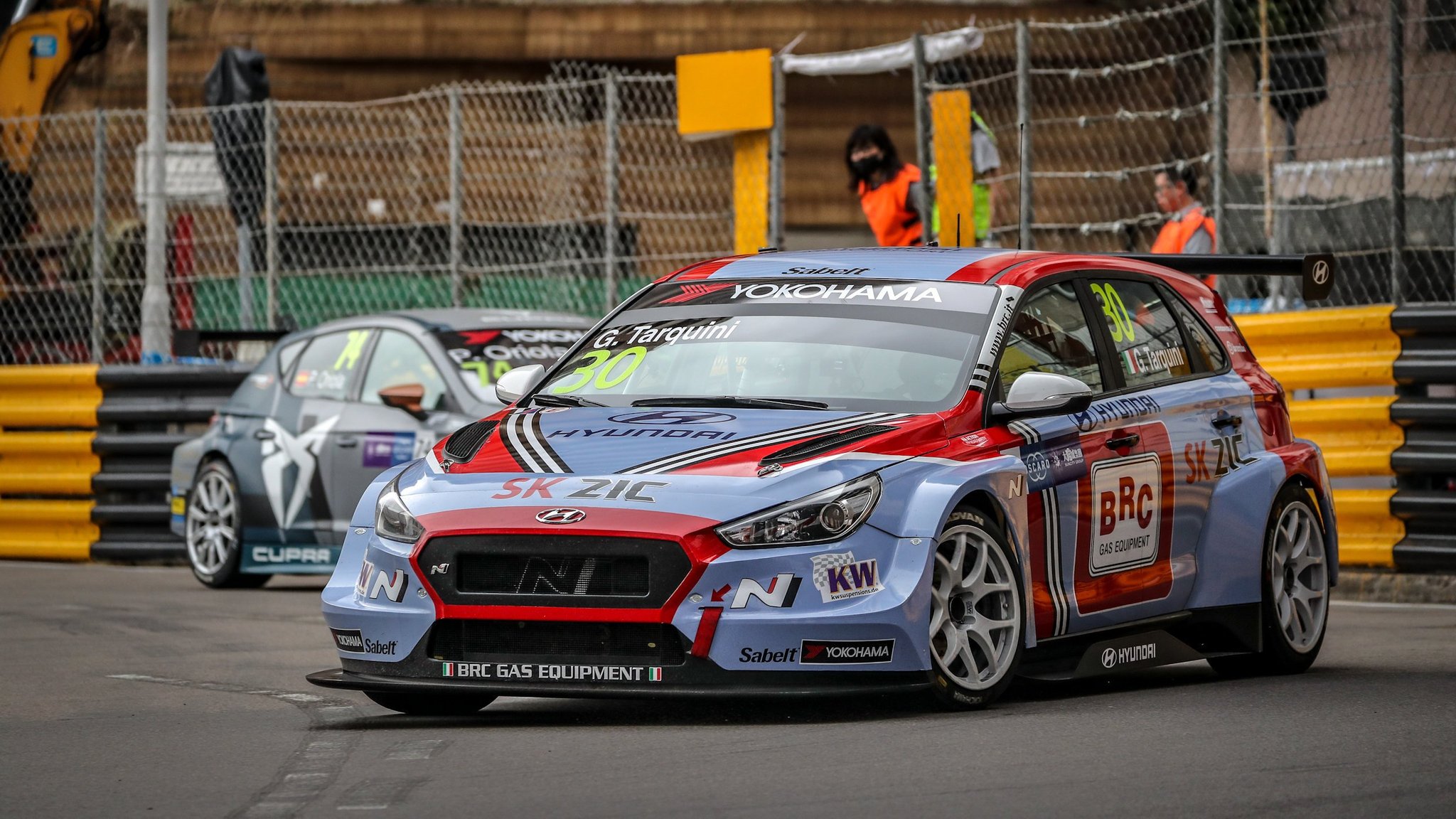 Taking the ninth place in Macau the Italian legend needed to beat his old nemesis Muller to the championship, Tarquini has hailed the 2018 WTCR campaign as his greatest season - Spiderman again proving he has plenty left to give in modern touring car competition:


“I have the memory of nine years ago, walking to this press conference with a world title,” said Tarquini. “Then I was thinking of stopping racing because I thought what do I want to achieve more than a world title? It’s probably the best time to stop, but I was then thinking ‘why should I stop, I want to race. I have the adrenaline, I am not very slow, I can compete again.’ And I decided, because SEAT stopped, to start again with a private team in 2010, 2011, 2012 and then I was back in a Honda team.​
“So, I didn’t stop and this has been the greatest season. I must also thank Hyundai for choosing me in the beginning, all the team, the mechanics and my team-mate. And I also want to congratulate Yvan, who made a great job through the season. He was my toughest opponent. It was already nine and ten years ago we fought in 2008 and 2009, and I’m really pleased he came back to race because he wanted to stop, and I remember what I suggested to him: ‘I said why do you want to stop so young?’ And now I am very happy he is back and is fighting again.”
​
Tarquini adds the 2018 success to his 2009 WTCC, British and European touring car championship trophy collection. what a beast!
shame that Huff didnt grab his 10. Macau win

Congrats to Gabriele, great see an older driver with the drive and desire to win a World Championship.

I admit I'm a big Tarquni fan, so this is seriously good news for me!

Glad he listened to you Paul!

That is awesome news, really happy for him!

Congratulations to him, always good to see an old'n winning.

Congrats to Gabriele Tarquini. And that means i can tell my wife that I´m not to old follow my Dream I still got 6 years to be a champ. Niiiiiice

56? Are u kiddin' me? He's not more then 26
Oh, anyway, great job Gabrielle
P.S. Will have to ask him for a Hyundai setup for next WTCR club race at RD

Remember this is a man his former employer fired for reasons of him being too old to race for them.
The joke is on you Honda ;-) Congrats Gabriele, great job!

Well if he's 56, so am I. And it just so happens I am, so there's a little hope for me yet. From one oldish guy to another, bloody well done. Never underestimate your rivals.

Although he has that kinda funny record (his f1 record thing), i love this guy and also Yvan! i have bought raceroom's WTCR pack just because of them!
here is Yvan's statement after the race “I retired in 2016 but apparently I’m still fast, and Gabriele (Tarquini) doesn’t want me to retire, so I will be with Lynk & Co next year.”
back then Gabrielle told him why retired so young? lol

WTCC was a world championship, WTCR however isn't. It's an international championship. In name only obviously, but the title is false advertising.

Something about age and treachery... apparently I'm not treacherous enough at 56.

Trust me, they do! Experience, though, counts for a lot because you can read your opponents so much better and that compensates for slowing reactions.

***
Another oldster, Randy Pobst, won the SCCA D Street Prepared national championship in a car he'd only taken a handful of runs in. He was in second place after the first course, down by a second or so, but absolutely slaughtered the competition on the second course (3 runs per course). Now that's talent!

wow, at 54 myself i cannot even begin to see how this is possible. he is really one of a kind, even with me doing sports regularly four times a week and running at least one marathon a year, this chap is just lightyears away from the rest of us who think they're still doing pretty good at 50+. they should test him for alien dna

Wake up people, he is a vampire!

Good to know - it means that I still have almost 20 years to become world champion myself. No need to rush...

Congrats to Tarquini! I still remember his short-lived F1 career. Saw him race a few times at the Gilles Villeneuve circuit, during my favorite F1 era.
I always liked his helmet design, by the way!
You must log in or register to reply here.