Premium
Hey guys, just wanted to know if it would be possible to fit my existing G27 wheel rim ( with my sli pro wheel plate) onto the new TX wheel base?

I can use my G27 pedals as stand alone via usb leo bodnar cable.
My concern would be;
1. Can I use my G27 shifter as stand alone via usb? (I will do some research myself as well, but any suggestions are welcome)
2. Are there any quick release mechanisms out there that is equipped with paddle shifters? Are there stand alone paddle shifters? I don't think it's possible to use G27 pedal shifters.
3. As the title says, is it possible to use my G27 wheel rim with my sli pro wheel plate on the TX wheel base?

Clearly, I want upgrade my wheel, but on a budget. Also, I would like to re-use my G27 equipment as much as I can as this will also help to save money. I know I can purchase other wheel rims to fit the TX but I don't have $150-300 CAD plus the cost of a tx to spend. And I want to keep my sli pro wheel plate (this really does complete my sim racing immersion).

1. Yes. Check Leo Bodnar´s Shifter Interface USB adapter for Logitech® or
Basherboars FL2 Shifter Adapter.
2. No QR with sifters. You could buy Fanatecs Clubsport static sifter paddles and modify them to be usable with TX. Ascher racing has paddle sifters for custom wheels but they are quite expensive. You could make your own sifter paddles with some button switches, hinges, bolts
&nuts, springs and carbon fiber.
3. Perhaps possible but you need to do some serious modifying.

Its quite expensive to go DIY route too. Derek Speares quick relese is just under 50$ but you could save money by using TX rims quick release.
Im using SRD-9C SLI which is attached not to the rim but the base of my TX. 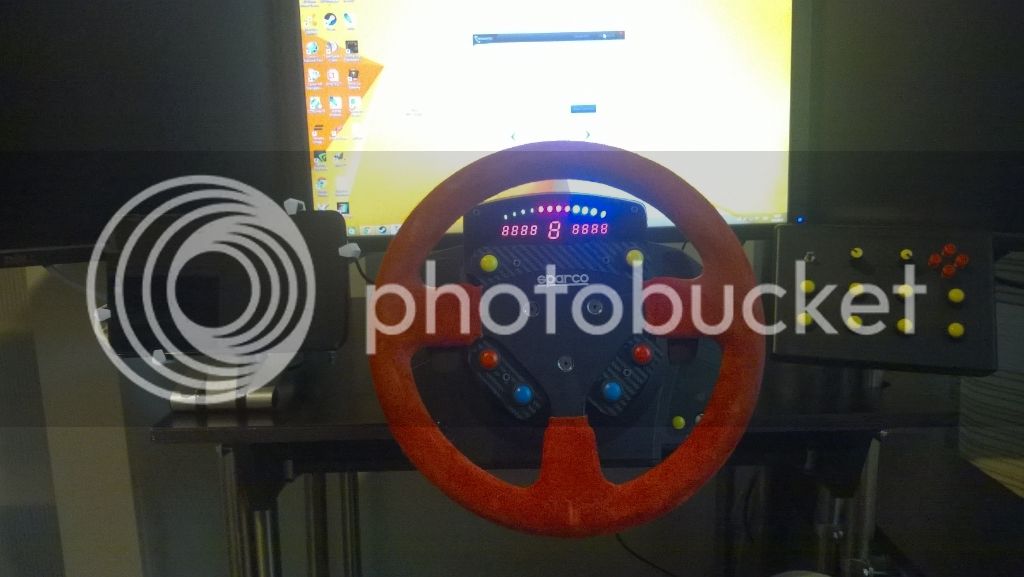