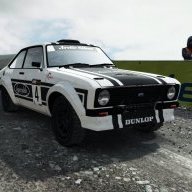 I honestly don't know how I keep finding myself in these situations. Anyways, Sunday morning/afternoon I was playing some Dirt Rally. Shifter worked fine (h-shifter+clutch config), I finished playing and nothing seemed wrong. I go to play some more that evening and I notice that all gears besides 3rd and 4th are blocked, I can't move the shifter to those gates at all. I cannot move the shifter past the red points (see pic). I haven't taken anything apart because it should still be under warranty. And if something broke, would both sides break? As I said, the last time I used it, it worked fine and there wasn't any sign of something wrong. Anyone ever seen this happen? I know there's button combos you can use where you can adjust rotation of the wheel. I've been wondering if there's such a combo that would lock out gears.

If you had a G25, I'd say turn knob from sequential shifting back to gated shifting. Perhaps the bits still exist in the G27 even without the knob and somehow they've moved?

Emery said:
If you had a G25, I'd say turn knob from sequential shifting back to gated shifting. Perhaps the bits still exist in the G27 even without the knob and somehow they've moved?
Click to expand...

I never had a g25, so I don't know how the shifter was in sequential mode. But if I had to guess I would say it couldn't have been much different than what I'm experiencing, aside from this not having a spring to center it. It does seem more deliberate than broken though, but I don't know. 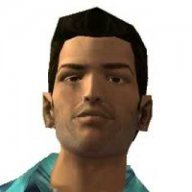 Pop the grey h pattern off the knob. Unscrew the knob and then undo the boot cover and have a look whats blocking it inside. Thats the only way you are going to find out what is going on. The way the shifter works is fairly simple and when you open it you should be able to see what is stopping it.

I had something similar happen to my G27 in November 2013.

I have just dug out my support email.

Gear stick will no longer mechanically move and latch into the gates for the following gears - 1st, 2nd, 5th, 6th, Reverse..
Click to expand...

So I was left with 3rd gear, and the stick wouldn't stay in it. On the odd occasion I could mechanically get the gear into the gate, the switch in that gate wouldn't operate.

Logitech sent me a new gear shifter assembly, and I did not have to return the broken one (or the wheel). As long as you can send them a copy of the receipt (a photo of it will do), they are usually very helpful.

Your fulfilment has been shipped.

The following products were included :

I opened the ticket on the 7th, and the gear stick assembly was sent out by courier on the 12th.

I still have the broken one for spares

I have RMA'd a DFGT Pro wheel before too, that took 2 weeks from me shipping the wheel (they paid), and me receiving a new one. It still sitting here next to me right now unopened, because during those 2 weeks I bought the G27

I've been a bit hesitant to open anything up on this. But I posted this over on Logitech's forums as well and a guy responded he had the exact same problem. He found that there's a plastic ring in the boot at the top, I guess to give it a sturdy edge. That slipped off the leather and fell down the shaft, basically blocking all movement of the shifter other than 3rd/4th gears.

I had a problem like this a while ago. I began to disassemble it using the method shown in this video at 1:40:
I also found a black ring at the bottom, and assumed it had fallen, so I removed it. Since then things have worked properly again.
Reactions: Graham Laing
N

R Soul said:
I had a problem like this a while ago. I began to disassemble it using the method shown in this video at 1:40:
I also found a black ring at the bottom, and assumed it had fallen, so I removed it. Since then things have worked properly again.
Click to expand...