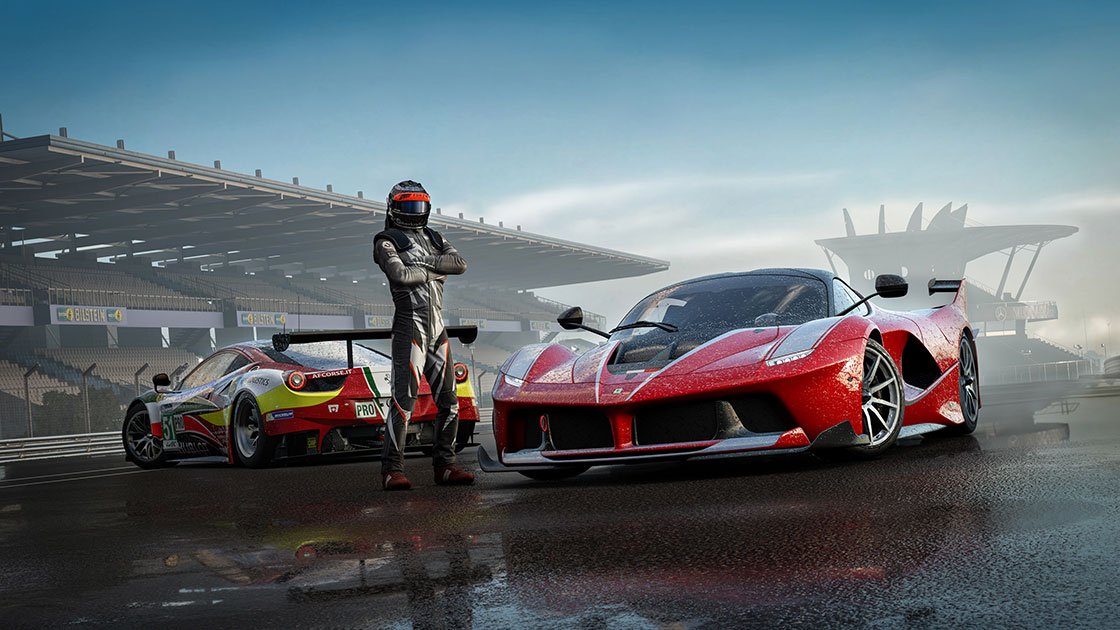 Turn 10 Studios have confirmed the often controversial 'prize crates' will be removed from Forza Motorsport 7 this winter...

Ok so hands up on this one, I don't have FM7 and I don't play any games at all outside of motorsport simulations, so in all honesty I've got no idea what a prize crate is. Having researched the term and got bored pretty much instantly, I'm still none the wiser outside of the knowledge that people really, really don't like them - which means having Turn 10 remove prize creates from Forza Motorsport 7 is a very good thing, which is nice.

Seeing as I'm ignorant to any salient facts on the subject, I'll pop down a quote from the official confirmation blog post below;

Due to the complexity of removing prize crates from the game – while keeping access to Driver Gear, Mods and Badges – we expect that this process will be completed in the winter timeframe. Starting this month we’ve already taken steps towards that goal, first by unlocking more than 100 previously locked “exclusive” cars and, second, by completely removing cars from the prize crates in the game. The current lineup of prize crates offer no competitive advantage and only offer Driver Gear suits, Mods and badges, and these crates will remain in place until crates are removed entirely.

Good news for fans of this very popular Xbox game, and expected to happen sometime "this winter", the removal of prize crates isn't the only thing on the agenda from Microsoft and Turn 10...

During the same blog post Turn 10 also confirmed that development of Forza Motorsport 7 won't stop at the 15 updates released so far, the next few weeks and months are expecting to see plenty more progress with the console and W10 PC game, with things like drag racing and other such goodies already under development. To round out the post, I'll quote Alan Hartman from Turn 10 once again as he teasers the future of FM7...

We’ve got lots of great stuff still to come. We’re continuing to pour our heart and soul into Forza Motorsport 7, including building brand-new experiences like our “experimental drag racing” feature, as well as introducing game enhancements like updated track limits, Time Attack mode, drift scoring and enhanced drift steering angle, and our upcoming Forza Race Regulations systems, all of which have developed from our ongoing conversation with the Forza community.


Are you enjoying FM7 so far? Are you surprised at the amount of continual development being undertaken with the game? Are you looking forward to the future of Forza Motorsport 7? Let us know in the comments section below!​
Sort by date Sort by votes
A

I've had FM7 from the start and I still don't know where there's "prize crates"...
Upvote 0 Downvote
D

These guys are trying to balance between the arcade and the simulator. It's impossible, but it's still being bought.
Upvote 0 Downvote

It's a fun game... not as great as FM4... but I've enjoyed it for years. Yes I love RE3, AC, iRacing (least favorite) pC2, Dirt Rally, and many others. But arcade racing with a wheel and semi-realistic feel is fun for me. Great GT3 cars and racing at many tracks.
Upvote 0 Downvote
R

But have to say that this really needed Xbox One X, I had normal XO(not S) when I bought tthis, and graphics were crap, it had lots of fps-slowcdowns. But on XbX, graphics nice and no hiccups.
Upvote 0 Downvote

Newproto said:
These guys are trying to balance between the arcade and the simulator. It's impossible, but it's still being bought.
Click to expand...

I own all Sims and proper racing gear, i still used most of my time to play Forza 7 before i got my Oculus. It might not be full sim, but with wheel properly set up it feels really close. Close enough, that in combination with many awesome cars you'll never see in a "full sim" it makes an enjoyable package
Upvote 0 Downvote

I bought F7 when it went on sale & I still have 23 prize crates unopened.As far as I know they have useless items like racesuits inside & also mods which you can boost performance or credits with.The reason they cannot just delete prize crates is because they were integral to the game design & were included to monetize the game further.
Previous Forzas were on the whole pretty good for sitting on the sofa & entertaining yourself with a great selection of cars.The developers really got this one wrong.The game on release had many bugs & very poor implementation of many features.They left out previous features & included features few people asked for.
The multiplayer continues to be ruined by wreckers & the implementation of some sort of safety rating must be crucial for the next version.
Upvote 0 Downvote

I don't think Forza 7 is bad. Nor it's arcadey. One that says that the is arcade is an elitist. PC sims have terrible multiplayer, probably worse on most cases. And the physics aren't so much better either.

Every track I've learned on Forza 7 transferred to other sims. I've learned Long Beach on it first. And I could drive the same way on Pcars 2, with the same breaking zone and such.
Upvote 0 Downvote

You couldn't buy them with real money anyway
Upvote 0 Downvote

I have iRacing for 9 years...AC, PC2, RF, RF2, etc!! and FM7 for me besides I can't adjust mirrors and seat is a great game in general!!
Upvote 0 Downvote

ozm8ey said:
You couldn't buy them with real money anyway
Click to expand...

Yep... And removing them and build a complete new system for the mod cards is a complete unnecessary waste of dev time... -.-
Upvote 0 Downvote

Also guys when you think of it they had a good use. Back in the old forza games eventually you have all the cars and 50 million dollars just sitting there in your bank with no use. In forza 7 before they removed the prize crates it actually gives you something to spend all those millions on. idk i just felt they were good in a way.
Upvote 0 Downvote
You must log in or register to reply here.