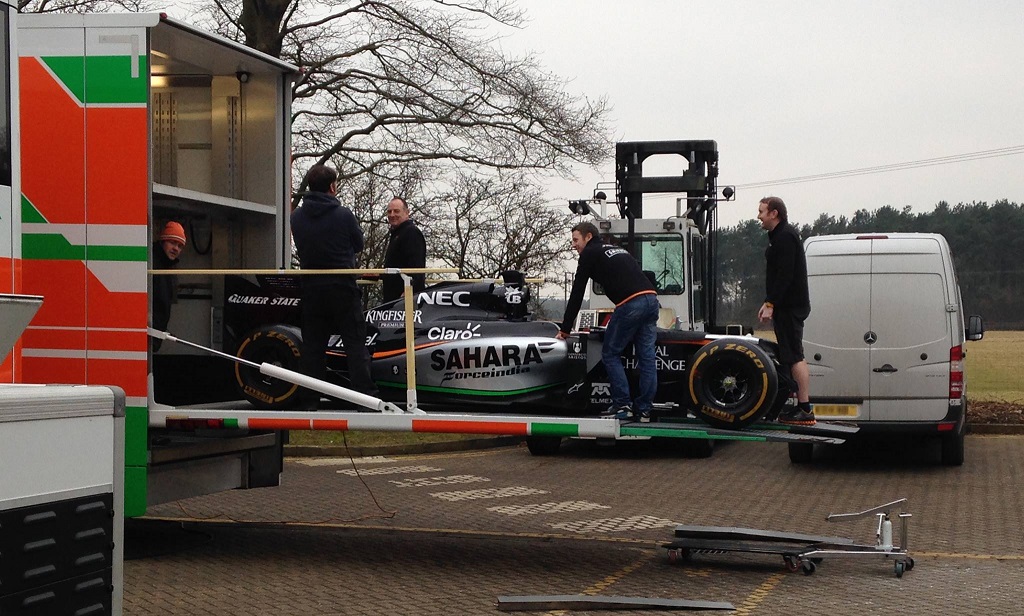 Force India’s troubled pre-season continued as the team confirmed rumours they will now only run their new car, the VJM08, at the second and final Barcelona test from February 26th.

According to Autosport, its presence at the upcoming test starting on the 19th depended on the last necessary work being done in time, which despite a push within the factory was unsuccessful. Deputy Team Principal Bob Fernley had admitted that there was a tight window for Force India to be ready, but denied that the team would miss the first race in Australia.

This news does indeed sound more positive than that, but it’s another setback for a team which has faced financial difficulties over the winter; they've already missed last month’s Jerez test where every other team was present and recently been fending off criticism from F1 fans after they were named as voting against Marussia returning this year with their 2014 car.

Perhaps ironically, the Silverstone-based team will run their 2014 car at Barcelona with an as yet unconfirmed lineup, though main drivers Sergio Perez and Nico Hulkenberg should be there.
Last edited: Feb 13, 2015
Reactions: airutonpurosuto8912

Not a good way to start the upcoming season.
These guys really need to get it together or go down the ladder to a lesser formula.
Hulk..once again, in the wrong place at the wrong time.
You must log in or register to reply here.
Share:
Facebook Twitter Reddit Pinterest Tumblr WhatsApp telegram Email Link
6 comments
RaceRoom | DTM 2020 Talk 'n' Drive
45 comments
rFactor 2 | 2020 Bentley Continental GT3 Arrives Wednesday
23 comments
iRacing | Season 4 Patch 1 Released
4 comments
Barcelona Calls | Ferrari Hublot Esport Race This Evening (+ How To Watch)