Very frustrating. I have the exact issue with Automobilista. All effects work great, except no understeer feedback. Oddly enough, it works wonderfully in Assetto Corsa and Raceroom.

Thrustmaster TMX (Same as the T-150 but made for Windows/XBOX).

Like I said, I can get all the feedback responses except understeer.

Hopefully you can find some helpful info in this 64 page thread.
Guide: Optimal FFB settings for rFactor 2
https://forum.studio-397.com/index....actor-2-the-key-to-being-in-the-zone-d.42931/

The problem is not that there is no understeer ffb in rf2 and AMS. The provlem is that there is an artificial effect for it in raceroom and assetto.
In reality you feel understeer due to the following:
A tad lighter steering wheel, the car doesn't turn further although you turn the wheel further, the trajectory of the car is not the same as you'd think it is.
And that's it! There's no magic and massive effect like raceroom and ac wanna tell you.
Disable the enhanced understeer box in ac and you'll see that you will barely feel the understeer there too.
The slider in raceroom is "realistic" at around 35-40%. Everything above is artificially boosted.

I would suggest you just learn to feel it. And that takes quite a long time! With high end wheels you can feel the slight change in the force feedback a lot better than with a tmx.
In theory you feel it the most pronounced with lower ffb settings and therefore less clipping.
Because if the game's ffb output exceeds 100%, it will stay at 100% when it should drop a little bit during understeer.

For simhub there's a ffb meter for rF2. Other than that it's difficult to know the correct value for no clipping.. Also car dependent!

In theory: wheel base at the maximum force for having "the most dynamic available" and then a lowered ingame ffb with 0% minimum force would result in the most pronounced ffb details. The "good" range is very small with a tmx though, sadly.

I know its frustrating at the beginning. I wish you success on your simracing route

Your correct about AC and they have a box to check for "Enhanced Understeer Effect" but that can be a good thing if you like it. Hell, even a pro real-life race teacher recommends to use it from a article i read.

So, use the setting if you like or don't use it as we are here to get the best enjoyment from our sims!
I use a Thrustmaster TS-XW and don't have this issue in rF2 as i can feel the subtle understeer effects.
Last edited: Apr 20, 2019
Reactions: RasmusP
M

I dont use enhanced understeer in AC, and in fact used wheelcheck to tailor my thrustmaster for AC. With ffbclip as well. After I did this, AC felt great.

I’ll try the clipping app for rf2, and see if I can figure out what’s happening.

mariokart67 said:
I dont use enhanced understeer in AC, and in fact used wheelcheck to tailor my thrustmaster for AC. With ffbclip as well. After I did this, AC felt great.

I’ll try the clipping app for rf2, and see if I can figure out what’s happening.
Click to expand...

Ah okay. Good info!
That's a bit weird then because I would say understeer is quite a lot easier to feel in rf2 than it is in AC without the enhanced understeer.
What cars did you try in rf2? Not all cars are on the same level I have to say. I can totally recommend the endurance and gt3 packs though.
Rf2 ffb feels a bit spongy at first for a few hours of playtime but after some time you really start to feel the tyres!
Default json settings are totally fine. There's very little to tune at all (and which actually does anything. Lots of lines are just inactive...).
Tried and tested a lot. I only use it to reduce the ffb of impact jolts and off-road. 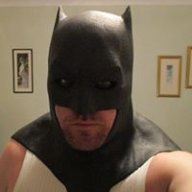 I can feel the understeer in RF2, like someone previously said, the steering goes lighter and the car won't rotate any further despite turning the wheel more, the tyres are scrubbing across the track.
It is just a case of learning the feel , although with lower power wheels that is perhaps harder.

mariokart67 said:
Spring and Damper at 0%
Click to expand...