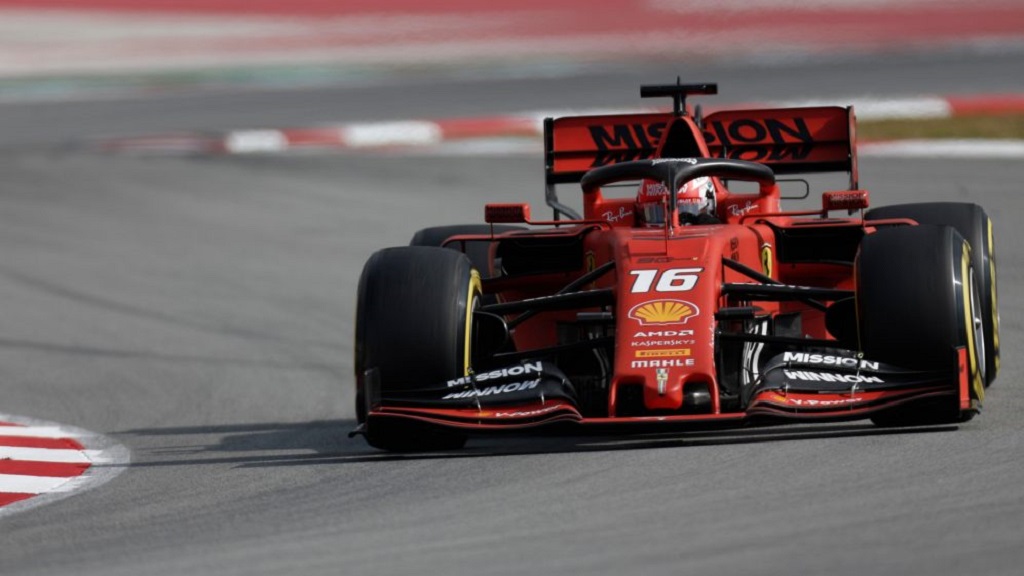 Ferrari driver Charles Leclerc picked up from teammate Sebastian Vettel on day 2 at Barcelona, topping both the times and mileage in his new Ferrari SF90.

Having had a remarkable start to pre-season testing during the first two days of running, Ferrari continued their impressive start to 2019 with yet another fastest time - on this occasion the honours falling to young rookie driver Charles Leclerc, the Monegasque Ferrari debutant clocking an impressive 157 laps in the red (orange?!?) machine to end up quickest driver of all - over three tenths up on the McLaren Renault of Lando Norris in P2.

Although times are pretty much worthless in pre-season testing, it is worth noting the Ferrari has been practically bulletproof following its first run at the venue, the 157 laps of Leclerc joining the 169 knocked out by Vettel during Mondays running.

At the opposite end of the spectrum, today would mark the very first running in an official Formula One session for Toro Rosso rookie Alex Albon, the Anglo Thai taking his first tentative steps in the top tier - until spinning the car at turn 5 of his out lap, beaching the Toro Rosso and necessitating repairs before he could eventually return to the circuit later in the day and record fourth fastest time. Although the accident was undoubtedly embarrassing for the rookie, Toro Rosso Team Principle Franz Tost would later suggest the accident was down to a problem with the car, rather than driver error.

Also in the wars would be Daniel Ricciardo and Renault, the Australian having a heart stopping moment early in the session when his new Renault car decided to shed a rear wing while at speed, calling for some fresh overalls for the Honey Badger as he miraculously kept the car out of serious harm before returning to the pits and eventually handing over to team mate Hulkenberg to complete the afternoon session.

Pierre Gasly, making a test debut for the main Red Bull team, also had a difficult day, performing plenty of laps in his new office before throwing the car into the wall in the final hour - causing big damage to the rear of the new machine and drawing his session to a close early. Although with considerable damage to repair, Red Bull expect Wednesday to proceed without delay, giving Max Verstappen more time in a car he hopes will propel him to race victories in the coming season.

Tuesday would also be a good day once again for Alfa Romeo, Giovinazzi taking over from team leader Kimi Räikkönen, going on to stay near the top of the times for much of the day, eventually falling to fifth overall with an impressive 101 laps to his name. Another solid day for a team that looks to have made yet more progress over the winter months.

Testing continues into day 3 on Wednesday. 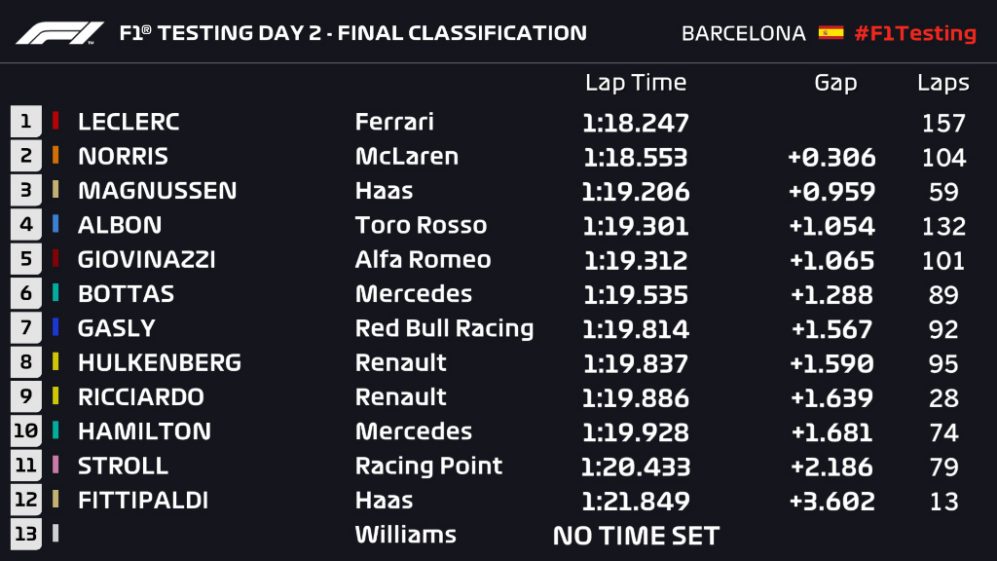 Test session or not Alonso must be beside himself with joy

Test session or not Alonso must be beside himself with joy
Click to expand...

Testing times and positions are completely irrelevant, every team out there today could have been P1 had they chosen to, what matters more is the amount of laps. Also why would Alonso be "beside himself with joy"? Why would he even care, he has basically no role in the F1 team anymore