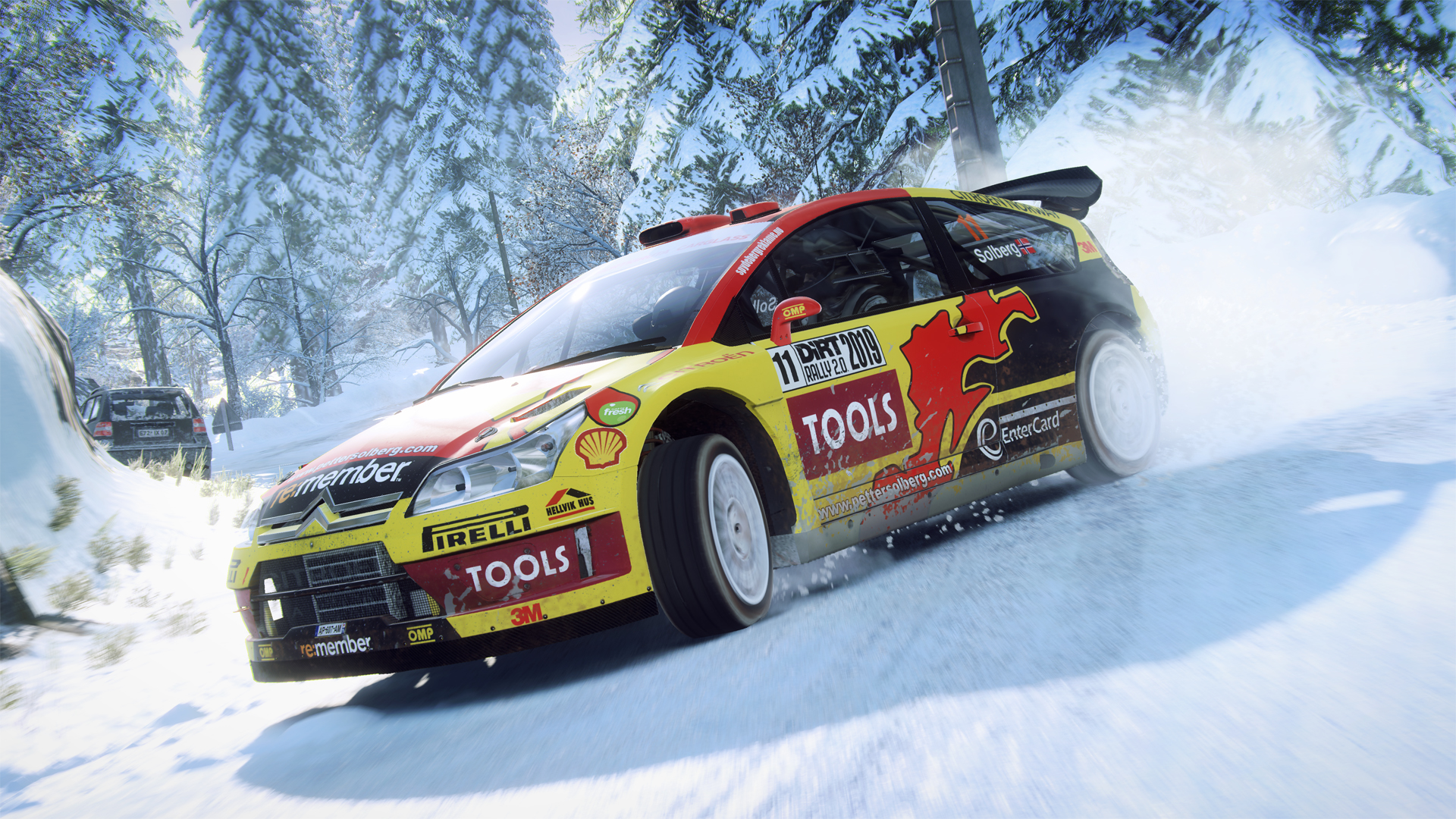 When Codemasters dropped the recent 1.4 update for DiRT Rally just a couple of days ago, the British development team suggested a new force feedback update for the game is in the works and expected to be released quite soon. Well, that soon became almost immediately, as just two days later the game would go through the update process once again - and the FFB improvements are now here!

Codemasters have responded to the broadly disappointed reaction from the DiRT 2.0 gaming community regards to the feeling from the wheel in the new title, and in recent weeks have been looking at ways to improve the force feedback to fall in line more with community expectations. The update, deployed May 17th, mainly focusses on the way the suspension settings work within the game - for this update the slider has been set at a default level of 100 for all devices, but this can be changed to suit your preferences.

If you prefer the way things felt previously, then simply head to the Input section of the Options & Extras menu, select your device and then adjust the ‘Suspension’ slider in the Vibration & Feedback tab to 0.

Although the update is now live, Codemasters have confirmed they will look to continue tweaking and adjusting the wheel feeling in future patches, so stay tuned for (hopefully) more improvements in this department over the coming weeks.

An additional input device guide for the title has been released by Codemasters, and can be found HERE. 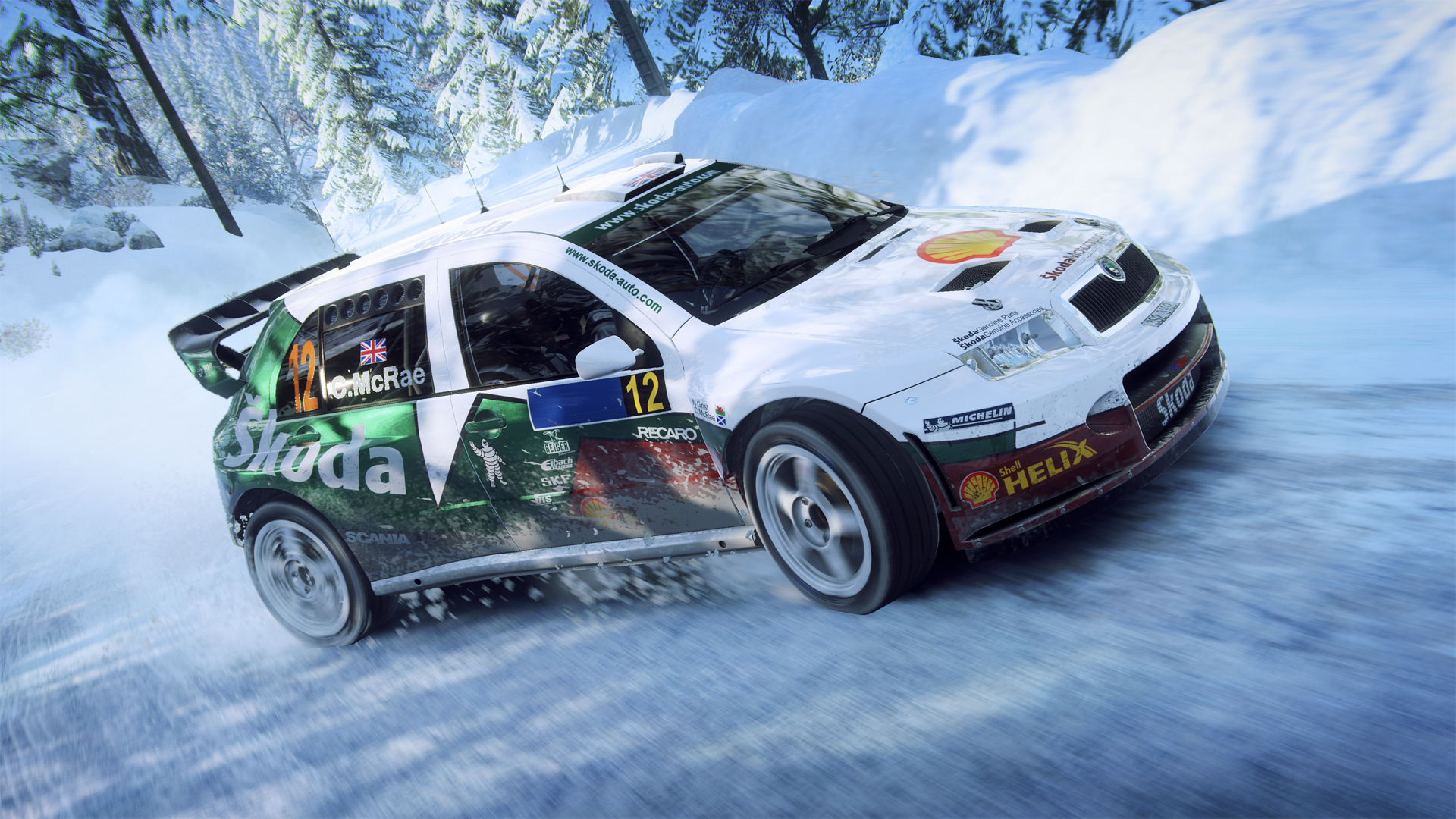 DiRT Rally 2.0 is available for Xbox One, PlayStation 4 and PC now.

For news, discussion, mods and more head over to the DiRT Rally 2.0 sub forum right here at RaceDepartment.

Yay! Hopefully good FFB now and not whatever it was before...
Upvote 0 Downvote

Season 2 DLC has been announced too; mostly Group B including Group B Rallycross, plus 2 new RX tracks and Wales from DR1: http://blog.codemasters.com/dirt/05/dr2-0-season2-reveal/
Upvote 0 Downvote

Lancia 037
Porsche 911 SC/RS
Wales
Group B RX (Even though I still haven't tried RX ingame, with these cars I certainly will)

Wonder if there will be a third one. They still have to bring two more locations from DiRT Rally, and a few cars as well. They showed the 2001 Impreza in a preview, and it hasn't come out yet.
Upvote 0 Downvote 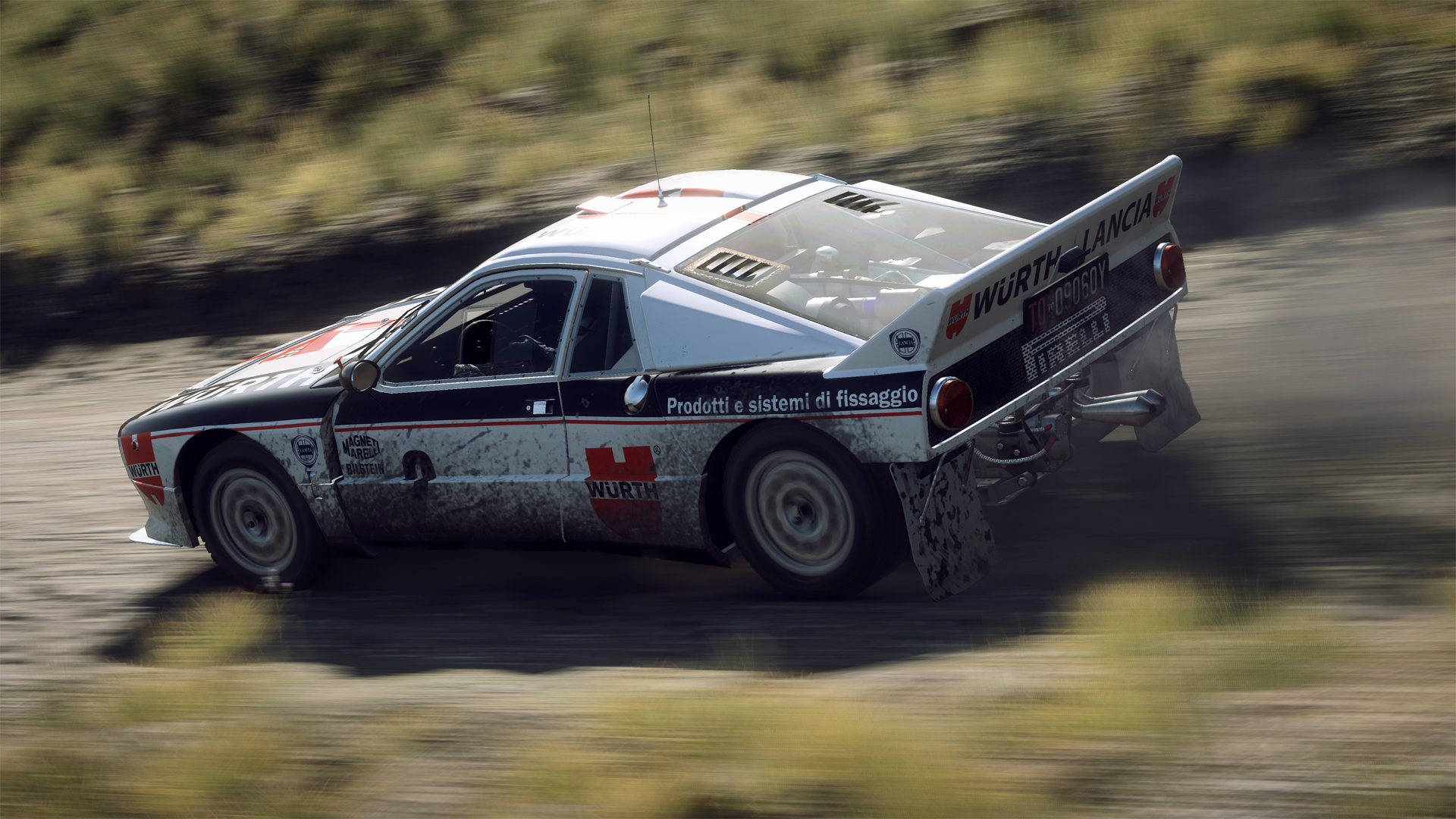 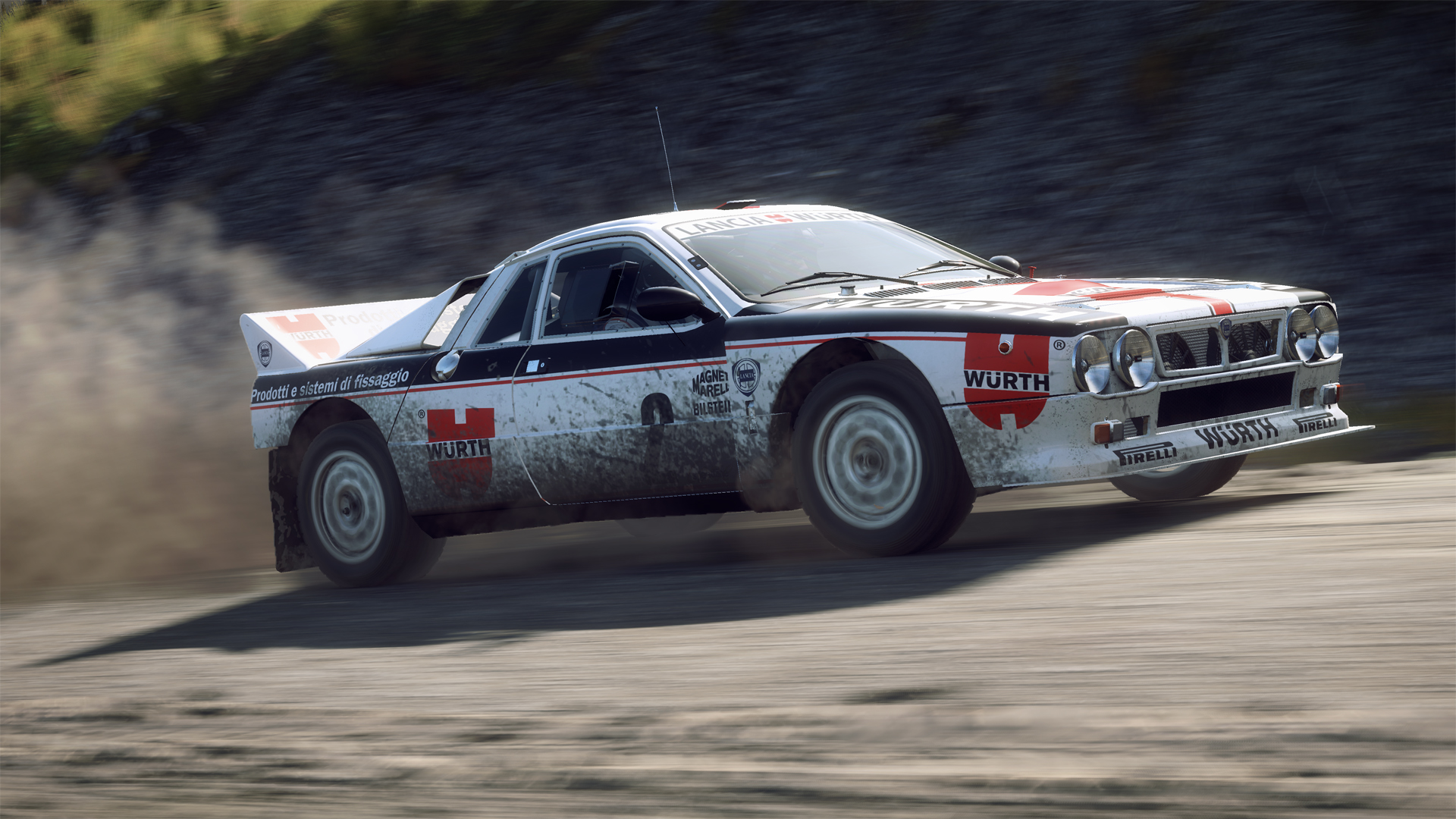 They paid for it already. They are not getting it for free.
Upvote 0 Downvote

There's rumours of a third season; there's depots ready in Steam that'd cover it. Some more RX and Greece+Finland yet to come over from Dirt Rally 1.

A Nissan F2 car has been audio recorded too, possibly a Mini. I suspect that Season 3 (and beyond?!) well be paid extras for everyone, as the Deluxe Edition only ever included Season 1+2.
Upvote 0 Downvote

Love going airborne in Finland!!!!! Hope it will find it's way into Dirty Rally 2.0 !
Upvote 0 Downvote

Tar Heel said:
They paid for it already. They are not getting it for free.
Click to expand...

Of course, but I don't remember there was Season 2 mentioned in original Deluxe edition description which makes if free bonus.

EDIT: Guess I was wrong, it's there, Season 1 and 2 included.
Upvote 0 Downvote
D

I would definitely enjoy Finland with the new physics. Pretty stoked for Wales too. I tried the ffb update yesterday and it still seemed pretty far behind the original but my game is downloading 4.6gb right now so maybe it hadnt fully updated yet. The suspension slider was there and working but it felt pretty un-attached to the road. When the 2000cc cars first came out my game showed me the update but the cars werent there and it still had to download the update so im hoping that is what happened here. Gonna try again in 15 mins once its downloaded. I really like the physics of this game, I wish the ffb and online career didnt water what down what would otherwise be an almost perfect rally sim. This with DR1 ffb, H shifter + Sequential option, and offline career would be amazing.
Upvote 0 Downvote

Considering there is apparently more content coming beyond what has been announced in Season 2, I suppose there will be at least one more season, but it won't be "free" for us Deluxe owners.
Upvote 0 Downvote

Based on SteamDB entries, looks like Season 3 is coming too:

I believe they said ages ago that at least 3 RX tracks are coming post launch. Four would be needed to complete the 2018 WRX calendar, as it's now the official WRX game, based on 2018 season:

South Africa (Cape Town) and USA (Austin) will be the only RX tracks missing from full 2018 season, after Latvia and Germany in Season 2.

Actually those DB entries would imply, there will be season 4 too. Three locations have been released per season, and there's six to go after Season 2 ends.

So, remastered Finland and Greece + 2 more RX tracks + 2 more of something else?

They only confirmed 6 months of support, and after that "depending on situation". Hopefully VR will boost sales, so they continue support. Those DB entries might be some "just in case" thing
Last edited: May 18, 2019
Upvote 0 Downvote
C

What a nice surprise was expecting it next week after reading about the updates in the last post,
hope the FFB is how it should be ill throw a few laps out now, bought the deluxe a few weeks back waiting for the FFB.
Fully loaded here boys and girls!

Ok... So how does this feel now? Should I buy the game?
Upvote 0 Downvote
C

kamackeris said:
Ok... So how does this feel now? Should I buy the game?
Click to expand...

Currently on the tracks in my career feels way way more advanced through the wheel,
yet to try any of the snow and finer loose surfaces wait to see what these guys are saying,
for me anyways its worth every penny awesome game now so far.
Upvote 0 Downvote

In my opinion its now better on gravel surfaces.
Its little bit curious why they removed they removed a values in the device_defines.xml.
I have the TS-PC and after the update there is no ffb_force value. I have added it and now i am using following setting:
name="tm_ts_pc" priority="100" type="wheel" ffb_force="3.5"/>

With this setting the stages in New Zeland fells really good (for me).
Australia seems to have more bumpy surface now so i consider to reduce the force value because it was now stronger than New Zeland.

Monte Carlo and other tarmac surfaces feels for me like before.
Upvote 0 Downvote

testdriver77 said:
I have the TS-PC and after the update there is no ffb_force value. I have added it and now i am using following setting:
name="tm_ts_pc" priority="100" type="wheel" ffb_force="3.5"/>
Click to expand...

Is anyone else doing this? I'm hoping that the FFB is fixed, this doesn't suggest it is.
Upvote 0 Downvote

It's still a work in progress. I'm going to wait for it to come out of early access before considering.
Upvote 0 Downvote

Stuntman Daz said:
It's still a work in progress. I'm going to wait for it to come out of early access before considering.
Click to expand...

It's version 1.4.1, no room for excuses.It should have been done before release.
Upvote 0 Downvote
You must log in or register to reply here.

P
DiRT Rally 2.0 Is there an app for Dirt Rally 2.0 similar to Content Manager for Assetto Corsa?