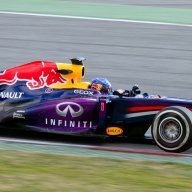 Since we announced F1™ 2015 back in March, we’ve had a mountain of questions surrounding the multiplayer experience in the game. We know a lot of you spend a massive amount of your playing time battling wheel to wheel with players from all over the world so we wanted to give you a quick taste of the sort of things that have changed for F1 2015. We asked game designer Steven Embling to give us an outline of multiplayer in F1 2015.

What are the key changes to the online experience in F1 2015?

“We use the new Hopper matchmaking system for F1 2015 meaning we offer players a wide variety of preset session types they can take part in. The session type spans various circuit type preferences, ability levels, race distances and more. Players can easily search for the kind of multiplayer session experience that they want, making the online racing experience in F1 2015 even more exciting.

After you’ve decided what type of session you want to search for, F1 2015 allows you to play other game modes while the game does all the hard work so you never have to wait on a searching screen while matching takes place. Want some last minute practice on a particular circuit? Just queue up for your chosen Hopper and then go set your best lap times in Time Trial mode.

Also new for F1 2015 is an innovative experience we call the Feature Race. This is a specific lobby set up to correspond with the real life Formula One season. As Formula One moves on from circuit to circuit so does the feature race in F1 2015 to recreate the real world championship.”

What lobby customisation options will be available to players?

“There are a multitude of options available for custom online lobbies in F1 2015. Hosts can choose exact specific details for the lobbies, such as equal car performance, weather, damage on or off and much more. New for F1 2015 is the ability for lobby hosts to include practice sessions for the full weekend experience in addition to qualifying and race sessions.

Being able to independently set up practice and qualifying session lengths alongside the number of options that hosts can change, make the custom lobby perfect for racing with your friends or even setting up your own F1 2015 online league.”

And what’s available for players spectating on a race?

“Should the player join an in-progress session, or retire either by choice or from terminal damage, they can spectate sessions. As well as all the on-board cameras there are also trackside TV cameras available which give a fantastic broadcast style viewing perspective. When in the garage within a Practice or Qualifying session players can even view onboard live feeds of other cars to aid in learning the racing lines directly from the session leaders.

This is an amazing way to learn from other players in your session or to find out where they are weakest!”

It's taken 5 years but we have Online practice finally
Reactions: airutonpurosuto8912

Matthew Booth said:
As Formula One moves on from circuit to circuit so does the feature race in F1 2015 to recreate the real world championship.”
Click to expand...

Half of the season is already over. 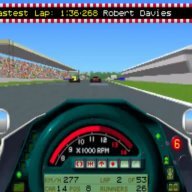 New
Tips and tricks for coming first in F1 2015

All you need to know to get that first-placed podium finish every time in Codemasters’ latest racer.


It’s been a long time coming, but Codemasters’ F1 2015 finally hits the track this week – well, shelves anyway – and it looks like the best Formula One title to date, harnessing the power of the next-gen consoles to deliver you a driving experience that’s truly worthy of the sport’s pedigree – and it’s equally as difficult.

Ahead of the game’s launch later this week, and to help you perfect your racing lines from corner to corner, we spoke to Codemasters’ chief games designer, Lee Mather, on how to nail that podium finish, going wheel to wheel with the game’s improved AI, getting tactical with pit stops, how crucial that first corner really is and how to cope with taking on 15 other human opponents in an online race.

RELATED STORIES
F1 2015 interview: Racing towards the next-gen
F1 2015: New screenshots and trailer released
With a new game, new cars and a new engine, the handling for each car has been thoroughly tweaked, and you’ll need to adapt to stay on top of your races. F1 2015 brings in a new handling and tyre model, and Mather tells us you’ll need to adjust to the low down torque generated by the turbocharged power units. “The cars move around progressively and predictably adding real depth to the handling model, and all of this is fed back to you via the gamepad rumble or the new Force Feedback system for steering wheels.” You’ll be able to really feel how each car handles right in your palms.

That’s not the only thing that’s been tweaked and changed – this year’s game brings in a new and improved AI, and it’s even more challenging than previous titles. Mather tells us the key thing to be aware of with the AI drivers in F1 2015 is just how aggressive, and opportunistic they are. “You may think you’ve successfully completed a pass, but you need to be careful they don’t come back at you,” he says. “They’ll pounce on every opportunity and won’t allow you to bully them off the circuit, but it’s pretty rewarding going wheel to wheel with the AI drivers.”

Weather is always a point of tactics and strategy in Formula One, and that’s no different in this year’s digital recreation of the sport – only there’s an even more extreme stormy weather type that’ll definitely throw each racer off their game. Mather tips us that you can use the weather forecast in the garage to plan your strategy for the race. “Do you try and second guess the change in weather and risk taking the wrong tyre for a few laps or play it safe?” Risk and reward goes hand in hand when it comes to the weather – use the forecast to your advantage.

RELATED STORY
F1 2015 preview: The perfect Formula?
This year’s Pro Season mode looks to be the ultimate F1 challenge, with the game at its most challenging level. The key to success in Pro Season though, Mather tells us, is learning the tracks intricately. You need to know each track like the back of your hand, from the final corner and the Wall of Champions at the Canadian Grand Prix to each twist and turn at Silverstone, to that one tight hairpin at the Sepang Circuit – it’ll pay off to know each track well. That’s not all, though, as you need to remember Formula 1 cars are delicate, and a first corner collision can be a real setback. Consistency is the key to taking the World Championship, as well as being patient and knowing when to overtake. Get those factors nailed and that podium is yours.

Each car also has its own unique and distinct sounds that will clue you in to how hard you’re racing. Mather tells us “the audio which comes back through the tyres is a strong indication of just how hard you’re pushing the car. Balancing the car on the limit with some light scrubbing is the most effective way to drive.”

“If you’re hearing a lot of tyre squeal you’ll know that you’re punishing your tyres, generating heat and reducing both grip and tyre life,” he says. Don’t push them too hard, or you could end up with a DNF next to your name.

“Another thing you’ll notice is that each car has a very individual engine sound,” Mather tells us. “Even teams which run the same engine manufacturer will run with different intakes and exhaust systems, all of which create very unique sounds, which are all mirrored in the game.”

Ferrari F1© Codemasters
When it comes to picking your car, looking at what teams are performing well in real life is a good indication for which motor you’ll want to helm, but reality isn’t always a deciding factor – this is a video game after all. “As the only Official Formula 1 game, we mirror the levels of performance which the fans see when watching the sport,” Mather tells us. “The Mercedes is obviously a dominant and strong all rounder in the game, as it is in real life, but each car in the game has its own strengths and weaknesses.”

“The chassis balance varies between the teams, as does engine and aero performance. You may find some of the non-Mercedes engined cars will have very strong chassis, which give them a fighting chance on some of the less power-dependent circuits.”

Once you’ve got your car chosen and handling nailed, it’s all about racing – and fans will know that F1 races are all about playing the long game. “There’s glory in setting a blistering pace, but if you find yourself a sitting duck with excessively worn tyres a few laps later, then you’re going to struggle to take the win,” says Mather. “Being mid pack is always risky, so qualifying is of paramount importance. Find a pace you’re comfortable with, and maintain it. Let the race come to you. This is especially true of online races where players’ skill levels and levels of consistency can differ greatly.”

F1 2015© Codemasters
Of course, another key part in F1 races is your pit stop strategy and when’s the best time to hit the pit lane and change up your tyres – and you’ll need to do a bit of work to learn the optimal timings. “Use the tools which are available to you. Use the voice communications to question your race engineer regularly. Use the practice sessions to work out how hard you can push the tyres (the front or back), and how they react to your personal style of driving,” Mather tells us.

With this knowledge in mind, you can react more effectively during the race and along with the strategy, you can make on-the-fly decisions about how best to optimise your pace and tyre strategy.

Taking things online adds another layer of difficulty to your races too, especially when you’re up against 15 other human players (with the rest of the grid filled with AI) – things start to get pretty hectic. Still, Mather says to take your time, and be patient.

“As with offline play, don't rush in, take your time. A race can't be won in the first corner, but can be lost. Don't get flustered, run your own pace,” he says. “If another car appears noticeably quicker it may be down to them using a more aggressive throttle mapping or taking extra life out of their tyres. Patience is paramount in online races, especially when doing a full race distance.”

*Grab the popcorn, switch on twitch and judge for yourself.

Colin Knowles said:
All you need to know to get that first-placed podium finish every time in Codemasters’ latest racer.

*Grab the popcorn, switch on twitch and judge for yourself.
Click to expand...

Wouldn't it be nice if this Formula one game actually had podiums? An actual visual reward for finishing on the podium. 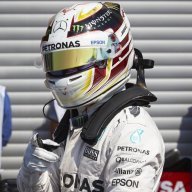 Emerson Fattibaldi said:
Wouldn't it be nice if this Formula one game actually had podiums? An actual visual reward for finishing on the podium.

If you are talking about podium celebrations cutscene then, by the looks of it, it is in a game this time

Mateusz Najda said:
If you are talking about podium celebrations cutscene then, by the looks of it, it is in a game this time
Click to expand...