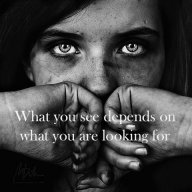 I just got the pedals a few days ago and wondering if anyone with these pedals can give me some pointers (mainly on the brake pedal). I started up iRacing and noticed that it would take an unrealistic amount of force and pressure to get 100% braking. I calibrated the brake pedal to the top in iRacing and figured out that by going back and recalibrating them to about 3/4 does the trick as far as the amount of travel, force and pressure you need for comfortable braking. I'm wondering if this is a normal thing to do with the CSP V2 pedals in iRacing as far as calibration for the brake pedal on the CSP V2 or is it because the load cell is dead or defective and isn't registering the amount of pressure when it activates on full pedal calibration to give you that comfortable braking feel? To me basically the brake felt like a regular potentiometer brake because it almost felt like it needed one continues movement like the gas and clutch to get full braking only a lot harder because of the stiffness. Is it possible that the load cell can be defective or dead straight from the manufacturer?

I have also noticed that there wasn't any oil in those dampers so took it apart and filled it up to the very top for the big chamber and to the threads in the small. The oil chamber being empty wouldn't have damage it in any way? By filling up the chambers properly would it also eliminate all air in it? It would have been common sense for Fanatec to remind us about the oil chambers being empty if they can't prefill it for us._.

My initial thought was to go for the CSR Elite pedals but.... Impulsive features on the CSP V2 won me over I like the inverted option for the CSR Elites and it is rather simple to adjust and maintain but it offers the load cell feature. The clutch mechanism on the CSP V2 feel nice but is a little harsh on my rig because of the trow and it wouldn't be much of a step back for me if I went regular.

I'm wondering if I can send them back to Fanatec in exchange for the CSR Elites? Heard a lot of nuisances with the CSP over time from a number of people and would rather avoid them. I would appreciate any help and advice.

Take a look at the sensitivity on the brake pedal itself. I have it at 10 if you have that very low I feel like I'm braking my rig to get 100% braking.

Yuri Kasdorp said:
Take a look at the sensitivity on the brake pedal itself. I have it at 10 if you have that very low I feel like I'm braking my rig to get 100% braking.
Click to expand...

Its on 10....I contacted fanatec and they say its a defective load cell. They will send me another one.

that's unfortunate. At least the customer support was quick and I'm sure you'll enjoy your pedals, they're very nice when they work correctly

Yeah, very quick!
Hehehe yeah I agree... when they work...

from personal experience that's the problem I've had with fanatec. My ffb motor broke 2 times in 3 months but the times it was working no other wheel I've owned comes close.

Wow... that's very unfortunate! They had to send you a new wheel after the 2 times it went kaput no? What wheel was it?
I had a few wheels from them and never experience issues but had only moderate use out of them.
The Logitech Pro and GT I had own lasted me thru all the tortures on Gran Turismo and they were just simply brilliant lol....
You must log in or register to reply here.
Share:
Facebook Twitter Reddit Pinterest Tumblr WhatsApp telegram Email Link
8 comments
2020 Formula One Russian Grand Prix | Discussion Thread
41 comments
rF2 | Free Bentley Continental GT3 Release + Substantial BOP Update
53 comments
Sim Coaching Discount | Driver61 Sim Pure Pace Masterclass
38 comments
This Is Cool... New V10 R-League Esport Series