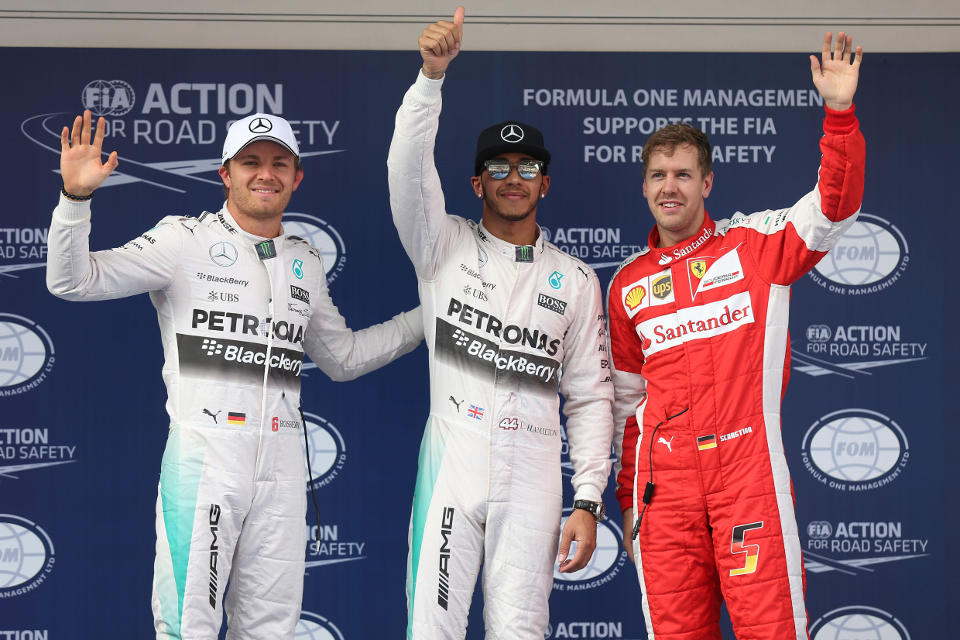 Lewis Hamilton continues his streak of pole positions after just pipping his team mate Nico Rosberg to pole position by 0.042s, with Sebastian Vettel taking up the mantle of 'best of the rest'.

All the way through qualifying Hamilton looked the class act of the field but a less than ideal lap in Q3 did give Rosberg the chance to have a very real jab at his teammates armour. Unfortunately for the German, his improvement was not enough to snatch pole in the end.

Behind the Mercedes pair was Vettel's Ferrari, nine tenths off Hamilton's pole time. The two Williams will line up 4th and 5th with Massa and Bottas respectively ahead of Vettel's teammate Raikkonen. Bottas has already claimed that he does not expect Williams to be able to challenge Ferrari's seemingly impressive race pace.

Of the other Q3 starters Ricciardo managed to put his Red Bull within three tenths of Raikkonen's very scruffy Q3 attempt, lining up ahead of Romain Grosjean and the two Saubers of Nasr and Ericsson.

Outside of the top ten will be Maldonado, who failed to really make much of an impression in qualifying. He'll line up ahead of the Red Bull proteges of Kvyat, who was complaining of a loss of power throughout Q2, and the junior team of Verstappen and Sainz.

At the very bottom times seem to be tough for both Force India and McLaren. Both teams drivers will line up line astern on the 8th and 9th rows of the grid with Perez and Button outqualifying both of their team mates. Finally, unsurprisingly, the two Manors will line up 19th and 20th, but both drivers did manage to make the 107% required to start the race.

A good strategy for Kimi, and Ferrari will disturb Mercedes.

Hamilton's seat will be too hot that he will abandon, and Rosberg will panick and lock up his tyres after the long straight and Vettel will pass him 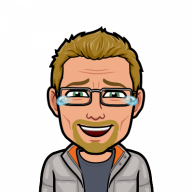