Hey guys, i really probably sound like an idiot here but i have been fighting this all morning. I downloaded the cart mod for the game. There are two folders, a gamedata and a series. I put the gamedata folder in the gamedata folder that was already in the game. Where do i put the series folder? I have tried putting it in the exisiting series folder but when i go into the game, CART is there but when i click on it it does nothing. I tried to take the two indycar files out of the folder and put them in the series folder individually and then go into the game but at that point it locks up. Any help here is appreciated. Thanks 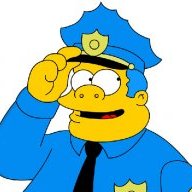 Chief thank you so much!!!! I feel like a total idiot considering it was that easy but i really, really appreciate your help!