Are these mods MP compatible? 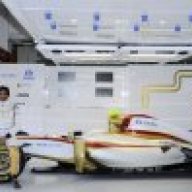 And I'm stil loosing connection and I'm unable to join any online game. 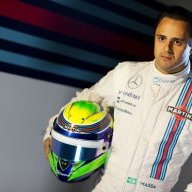 those mods are compatible with online ,if You are not replaced database should work

@151kbar151 Why is this posted in the F1 2015 forums and not just as a comment in each of the mods discussion threads you link to?

Bram said:
@151kbar151 Why is this posted in the F1 2015 forums and not just as a comment in each of the mods discussion threads you link to?
Click to expand...

Because, logically, it will be useless to write four times same thing.
P

It's hard to choose, all of them are essentially graphic updates and shouldn't effect online racing.

If I was to pick one, then perhaps the Williams front end update, as that includes language files and edits the game menu, but I may be wrong.

As Bram already suggested asking in the each mod thread was the way to go, but before you install a mod.

Personally I would remove them all by verifying the Steam game cache, this will automatically replace any modified, broken, or corrupted files. Then ensure that you can join an online game now (do a quick test with a friend perhaps?)

Here is my sticky that telsl you how to verify you files, if you don't know how to do it.

How to repair or check you games files PC

Now you have your working baseline, I would recommend using the Ryder Mod Manager, to install the mods, and to do a test after each mod is installed. With the mod manager you can install and remove individual mods with just a few clicks. You'll soon find the offending mod.

Of course it could have been was a corrupted file which was nothing to do with these mods, and the verification process has fixed it, so you can now use all the mods.

I have a step by step guide to using the mod manager here :-

*Note : You have be extra careful when installing mods for the same car/team, just in case some of the file clash and break one of the mods.