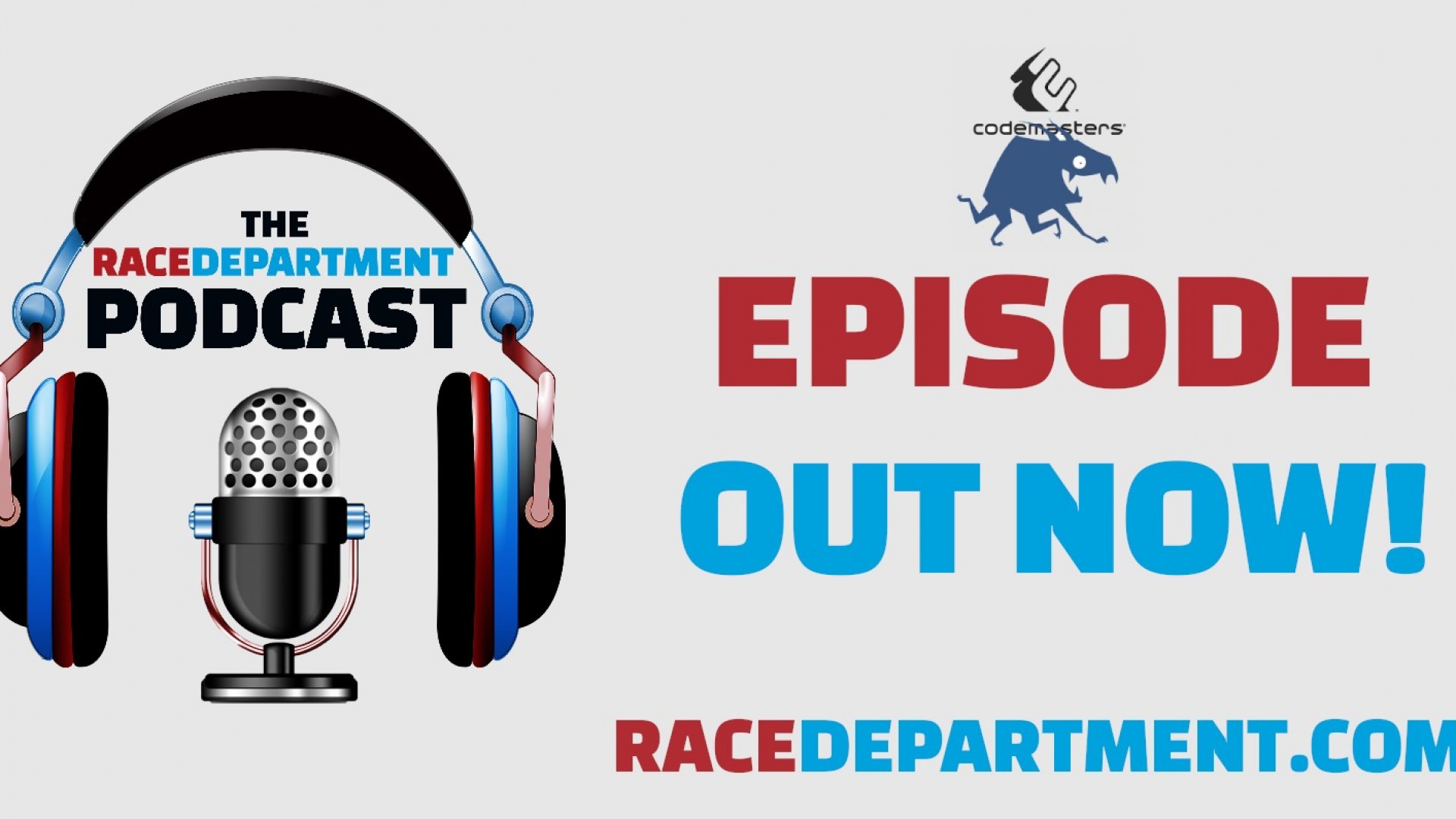 Providing one of the most surprising announcements of the sim racing world in 2019, a few short days ago it was announced that Codemasters, developers of the acclaimed F1 series of games, have purchased Slightly Mad Studios (PCARS franchise) for a reported $30m - sparking plenty of interest from racing game fans who wonder what this might mean for the future of both development studios and their products.

In this special edition Podcast Paul Glover and Paul Jeffrey analyse the deal, ponder the potential impact on both companies and the Reiza Studios licence agreement to use the Madness game engine for Automobilista 2 - and come up with some interesting thoughts!

You can catch the latest Podcast release on your Podcast provider of choice, or listen in on the embedded link in this article below:

Podcast Links:
Do you have any special requests for future episodes? Do you want to share your thoughts, comments and feedback on what direction the show could take going forward? Please do let us know in the comments section, and at the RD Podcast sub forum location.

Paul Jeffrey
RaceDepartment Editor-in-Chief, occasional YouTuber, commentator and broadcaster, with a passion for motorsport on both the real and virtual racetrack.
Reactions: coolwhip21, RasmusP, M D Gourley and 2 others

looking forward to listening on my commute tomorrow

You guys are way too biased

Birddogg66 said:
You guys are way too biased
Click to expand...

You are so right..... everyone can see how much hate you have build according sms stopped after 3 minutes
Last edited: Dec 6, 2019

ZeroRisk said:
No chance of a Christmas post-turkey drunken pcast?
Click to expand...

Recording it would be one thing... Being able to push it live in a drunken state? Quite another

FWIW, the $67 million over three years is the amount expected by analysts.

The maximum payout is $166 million over three years. (source)

ermo said:
FWIW, the $67 million over three years is the amount expected by analysts.

The maximum payout is $166 million over three years. (source)
Click to expand...

Thanks for the info!

No real analysis. Just another opportunity for RD staff to say how much they hate SMS, Ian Bell and Project Cars as they do in practically every podcast. We get it guys. Move on.

Premium
Thanks for the surprise extra podcast, guys

With it being almost Christmas, and the opening section speaking of 'The Two Pauls' I was half expecting you to sign off with "Well, it's good night from me" ... "...and good night from him"

David Wright said:
No real analysis. Just another opportunity for RD staff to say how much they hate SMS, Ian Bell and Project Cars as they do in practically every podcast. We get it guys. Move on.
Click to expand...

Yeah pretty much. First podcast I listened to, and probably the last based on this experience.
A

Your podcast is like milkshake for my ears, sweet and sticky in all the... right places?

The implied innuendo makes it even worse

After listening to the pod this evening, I thought I would revisit PC2 and remind myself of the stuff it does do well.

A bit of Group C at Daytona through sunset and into the night is a beautiful thing to behold.

I think this merger could only be a positive thing for both parties. I usually thoroughly enjoy my stints on PC2 and I’ll likely buy a PC3 but it’s definitely not what you’d call an accurate sim. It is however, a gorgeous sunsets sim.
B

Big fan of the show guys. But I have one complaint after this last episode. Paul mentioned his dislike for the iRacing subscription model. No problem there. But he went on to state that the series winners don't receive anything for their time and $. Not true! Iracing has paid out over $500k in prize money(think it's closer to $600k as of late) in 2019. the Nascar e-series champ just received his check for $47,500 in champion and total winnings this year. Add in the trip to Homestead Miami Champions week with the gold"nascar Champion" ring, as well as the day of real life race car testing with pro drivers Christopher Bell and Clint Bowyer...not too shabby. There's also been many series with payouts from Porsche, BMW, Mazda,USAC,and recently Australian Supercar series. Maybe time to pop in on iRacing Paul and get a little recent peek at what's going on. I mean this with the utmost respect. They just released a "taste" of the AI with Porsche GT3 cars as of days ago. I'm a fan of Raceroom, Rfactor 2, Dirt Rally,PC2, and ACC. I have a full motion rig with 5 buttkickers; and can say for sure...Iracing has the best physics (IMO). But more importantly...definitely the best AI I've ever experienced in a sim. At least worth checking out, if nothing more. Thanks again for all the podcasts. And please keep em coming.

Staff
Premium
@Davide Nativo we can't let these guys do another podcast on their own, look at the mess they made!...

Tsk tsk, Pauls, there is a reason we are also here: to make the podcast more diverse in terms of nations and opinions; article 50 does not apply to simracing, so you're not getting rid of us that easily

And to give some more material to this topic: I have really enjoyed pCARS 1 and 2; yes they have some flaws that can be frustrating, but so have all the other sims. The pCARS games are the ones I have played the most offline, because I do enjoy a bit of career mode sometimes - mostly it's the beginning that's most exciting for me, and on both games I stopped after the second or third tier. But I played the hell of of those first tiers, with the gokarts, Formula Fords and touring cars, and have always had great racing. And as a bonus, everytime I had friends over, it was the game I would put on for them to try, because the variety of cars is vast enough for everyone to have a got at something they fancy, and then have a quick race with the AI (that normally lasts a couple of laps because my friends can't keep it on the road lol) and have a blast!

Like we have said many times, it's whatever floats our boats, and all games give something different. The pCARS games have something about the atmosphere of the racing that make other games/sims feel stale in comparison; in my opinion, only ACC can also capture a similar "racing weekend vibe" but it is limited to GT3 racing series.

So, to conclude, let's get the first episode of 2020 on the road, because it promises to be an awesome year yet again, and because Davide and I need to have a word or two with you guys before we hit the record button
You must log in or register to reply here.
Share:
Facebook Twitter Reddit Pinterest Tumblr WhatsApp telegram Email Link
9
Assetto Corsa Competizione | More Suzuka Preview Images Revealed
64
R3E | Daytona International Speedway and 2019 Porsche 911 RSR Announced
13
WRC | Rally Monte-Carlo Discussion Thread
12
F1 | Impressive Numbers Headline 2019 Grand Prix Viewing Figures