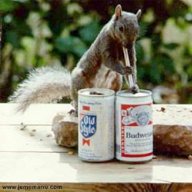 Is there a different AIW editor we need to use for GTR or do we use the same one as rFactor and if so is there a tutorial?
C

As far as I know rFactor is the only one that has an AIW editor - it's designing to encourage modding unlike the others.

In GTL [the only BTBEvo game I have] the AIW file looks to be in much the same format as the rFactor one though, and the GTL AIW file opens quite happily in Guitarmean's rFactor AIW editor which sort of says it must be the same. Cameras showed up fine too.

I'd reckon if you use the AIW file from your rFactor version you'd have a fair chance of success, though some text editing in the AIW file might turn out to be needed

I'll find out for myself in a day or so

I can't seem to get the Editor to load, it says I have a missing or corrupt file, mss32.dll, but I see the file in the root dir.

make sure you backup the orginal rfactor aiw file and rename it.rename the version you going to edited to track name.aiw and run in rfactor waypoint editor.then copy to gtr2.
there a bit of editing to do.

open aiw file in notepad.
and ask eric tozer ,for the info on gtr2 aiw editing can't remember the thing to edited now!!! been told about three times.

I tried copying the AIW but it had serious height probs

Does anyone know how to create an AI file for GTR and have it work?
B

jimmyjam said:
I tried copying the AIW but it had serious height probs
Click to expand...

Was the rFactor track created with "Adjust Height" set to "None"?

I believe it was set to use first node.

We dont have that option in BTB EVO

What is Milo?
W

So what should Adjust Height be set to??? If saved like that and I make a new AIW in rFactor (inc pit slots and the like), should I then be able to use that with GTR2, Evo and GTL, or am I kidding myself how easy it is???

rfactor uses the same aiw file has gtl,gtr2,gtr,evo . there a bit of editing to do ,for a pit index 53 i think , not sure and the pace car needs a fix for gtr2 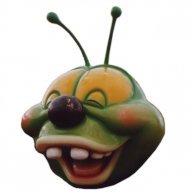 Here are the extra bits that I do when using the rFactor aiw editor to make an aiw file for GTR2.

When driving the main path keep to the centre of the track, the ai cars follow either side of this for the formation lap and do not use the Left/Right paths in Simbin games.

Make a pit position for pit 52 (TeamIndex=51 in aiw file)
Make 3 garage positions for each pit, including pit 52.

Make start location 104 (GridIndex=103 in aiw file)
where you want the safety car to start at the beginning of the formation lap. Make sure this is the opposite side of the start/finish line to the grid.

Make the rest of the aiw as you would for rFactor.

You have to adjust the groove alpha for Simbin games as they use half of the maximum value that rFactor uses, rFactor max is 1.0000, Simbin uses a max of 0.5000 how you graduate the groove up to the maximum level will alter slightly in Simbin games. You can go as high as 0.6400 in Simbin games, but the extra 0.1400 allows for live track technology to darken the groove during races.

I edit the groove alpha with guitarmaen's aiw and cam editor, but as the values roughly need to be halved you could use other programs to do the job, a spreadsheet for example.

Once you have the aiw made, open it with a text editor (i use notepad) and replace these lines....

Adjust the GarageDepth so that the ai cars leave their garages ok.
The GarageDepth is in the gdb file for rFactor tracks and in the aiw file for all Simbin tracks.

Once you have the aiw file working in GTR2 make a copy and keep it safe. You may need it again if any mistakes happen in the next bit.

You need a full teleport section (GridIndex 0 to 103) for Simbin games.

Now adjust the fueluse, I normally multiply the lap length by a value between 12.9 and 13.5 depending on what type of track it is.

If everything as been done properly you should now have a fully working GTR2 aiw file.

Edit: For Race07 / GTR Evo add a time attack position, you can make this in the rFactor editor by setting an aux location (i use aux location 7) and then editing it in a text editor.

This should be placed after the teleport section and before the pits section of the aiw file.

Almost forgot the most important change when the aiw file contains a paddock path.

When you create a path for garages in the paddock area, the rFactor editor saves the first waypoint of the path with the default value, because you do not join this waypoint to another waypoint when creating the aiw file...

I normally use the number of the waypoint that is at the same location as the xpitout.gmt. Some people have used 0 without problems, I've not tested it, but you may be able to use any waypoints number. Do not use the same waypoint that the other end of the paddock path is joined to.
C

Well, I'm happy to say that I've had success with GTL so far.

I exported my track to GTL [adjust height set to "None"], then copied the rFactor AIW and CAM files over to it as is, and they both worked fine The AI enjoyed their race!

Only thing I did notice was, as Graybrad said above, the groove was about half as wide again and needs editing down in the AIW file.

Yes it is a bit easier for GTL as you do not need the positions or waypoints for the safety car.

Sorry one thing I am missing here, how did you export to GTL???

Steps I am see are these...

Open track in BTBPro, if I select export, I can only export to rFactor (and set height to none), but then its in rFactor right, I cant then use it in GTL.

Else I can copy my track folder from BTBPro to BTBEvo, it all opens good, but I not have no option to export with height set to none. So when I copy AIW over, all the cars start about 30 meters below the track...

I am sure I am missing something silly here???

download the demo of btb gtr-evo, that covers all simbin games.
http://www.bobstrackbuilder.net/demo/demo_btbevo.aspx

copy your rfactor version of track to the gtrevo folder (projects).then click exported.

life is a simple thing,3d is a complex thing. not any more thanks [piddy]
C

Sorry, I didn't put that very well [it was 2am when I posted it!]. What I should have said was the export to rFactor was set to 'Height Adjust - None' when I did the AI. As you say, there isn't the height option when exporting to GTL.

It sounds like you made your AI on a different Height setting, so when you export to GTL the track has moved up but the AI stay where they are.

If you export to rFactor with 'Height Adjust - None' are the AI still below the track? If so, sadly I think you'll have to redo the AI :sad:
You must log in or register to reply here.
Share:
Facebook Twitter Reddit Pinterest Tumblr WhatsApp telegram Email Link
34 comments
RaceRoom Racing Experience | WTCR 2020 Now Available
51 comments
Assetto Corsa Competizione | Another Hotfix is Here!
49 comments
Gran Turismo 7 | Release Delayed Until 2022