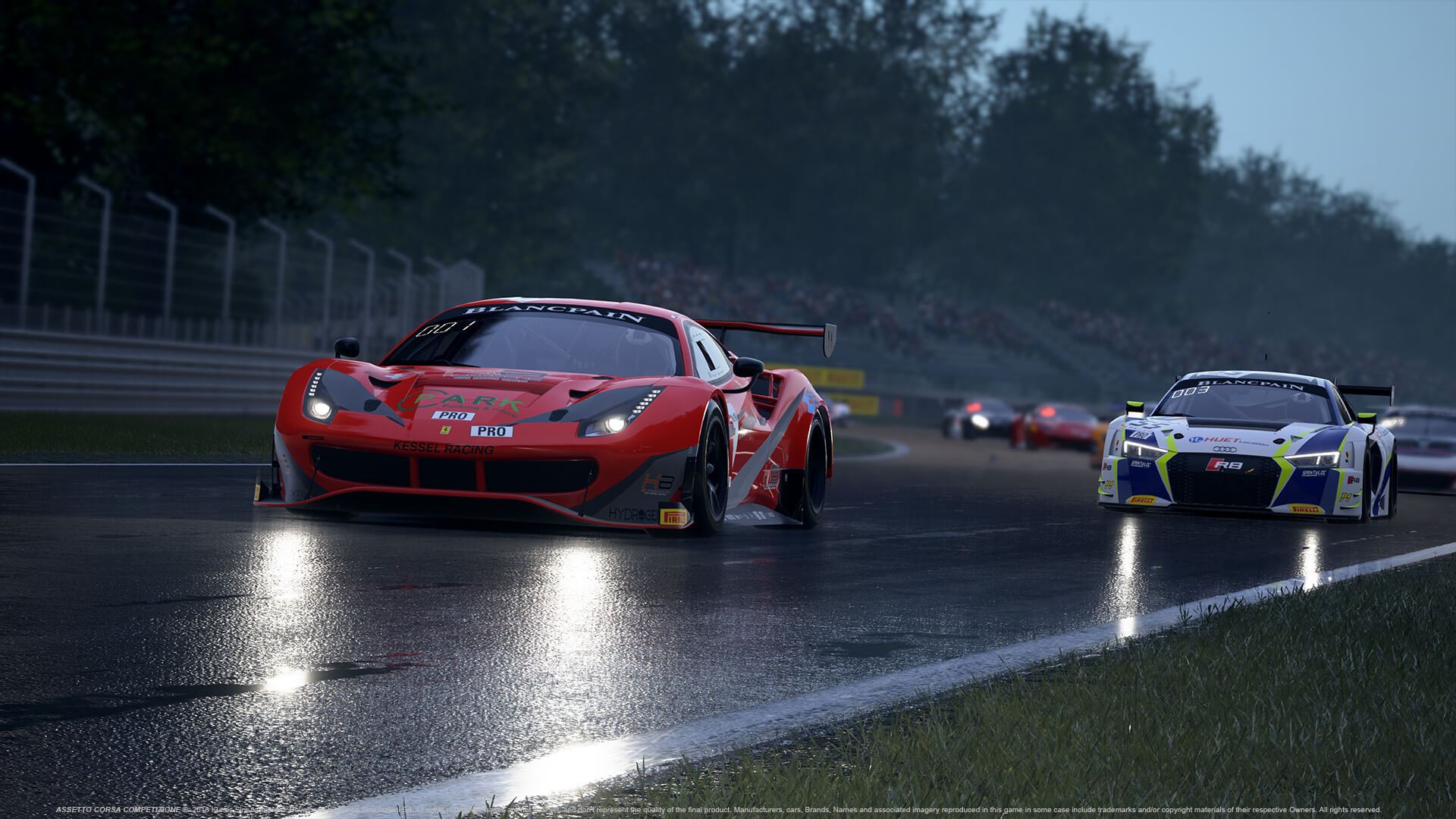 Online racing is the best way to experience your favourite sim - check out what we've been up to with Assetto Corsa Competizione recently..

Summer is gone and fall is slowly taking over the northern half of our beloved planet Earth. Which means it is time to get back behind the wheels of your virtual GT cars. Ever been curious about what's happening on the virtual race tracks? Well, today is your lucky day! This is the Assetto Corsa Competizione Race Club round-up of last month!

That fall is taking over Europe, has also been visible on our virtual race tracks in the Assetto Corsa Competizione Racing Club. September started and ended with races that were soaking wet. Germany had major thunderstorms awaiting our brave drivers. A huge surprise met them on the virtual Sunday after having a dry Friday practice and a drying Saturday qualification. Severe rain...

This proved to be the theme for the rest of the month. Out of nine events, six of them featured rain in at least one session. The last event of the month, GT3's in Spa-Francorchamps, was even red flagged due to the severe rain and was continued just after the wet stuff had passed. This race has therefore not been recorded in the below mentioned statistics...

We have had two kinds of races on the club. Blancpain GT races have featured the full roster of cars from the real world series, and our events have enjoyed an average of 5.2 different brands, with some spectacular racing !

We have also tried our hand at two Super Trofeo events, where we featured the stunning Lamborghini Huracan which provided some insane battles on track. Pretty much every event we featured had some seriously close battles, and provided great fun both for the spectators and drivers alike.

Eight events, five different pole sitters and five different race winners. And pole does not guarantee a race victory. @Ricoow took two Pole Positions, but did not manage to win a single race during September. @Asterix and @Michael Rudolf did a better job, not being the fastest over a single lap, but they were amongst the five drivers that saw the chequered flag first! Congratulations to them!

Funfacts
Awards
We wouldn't record stats without giving out some awards, now would we? Yeah, with stats there are always some noteworthy ones to highlight.

King of the Overtakes - @JussiS
Be careful when you are starting in front of JussiS. He will hunt you down and nobody in front of him is safe! JussiS managed to gain three places on average during the races compared to his qualification result. This certainly must have helped him to achieve his two podium finishes!

Most Active Member - @Skinny712 - 9 / 9 Races
Skinny712 has been involved in all nine events, completing an impressive 169 race laps out of the total 214 driven laps. Unfortunately two DNF's prevented him from achieving a 100% race lap count. Nevertheless, thank you for your involvement in our racing club!

Fastest Driver - @Trebucht - Five podiums, four wins and three poles.
Competing in just five of the eight recorded events, Trebucht finished every single one of them on the podium. Therefore we simply can't ignore him as the Fastest driver of the ACC Racing Club for the past month. Will you knock Trebucht off his throne in October? (Please don't do it literally though)

That rounds up the most recent month of the ACC Racing Club. I am very sure we can beat the lap count of 2569 laps in October! Think you can beat Trebucht for the Fastest Driver award? Or do you want to help breaking the lap count of September? Can you help us raise the average grid size, brand count, or just want to enjoy great casual racing? Then go ahead and take a look at our Racing Club right here. Into other racing sims than ACC? Take a look at our Calendar and join the races you want! 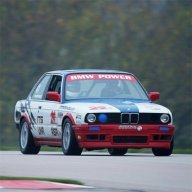 It's really cool that you are keeping track of all these stats and handing out awards! Congrats to everyone participating in this.
Reactions: Ricoow 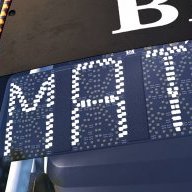 Very good job there @Ricoow. I really appreciate the effort that goes into this. Once I get my broken grafics card replaced I'll be there waiting for you to knock me of the throne
I feel like one reason why the number of participants in RD club races has been decreasing over the last month is due to not having a proper feedback for accomplishment. Racing for fun is good and all but any small incentive to encourage more drivers to apear on race day could help to make ACC club races popular again. Keeping track of stats plus a good summary like this is a very good step in the right direction! Keep it up!
Reactions: Ricoow and racingdud3 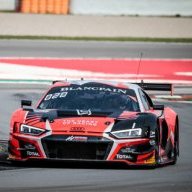 Trebucht said:
I'll be there waiting for you to knock me of the throne
Click to expand...

its a sad..sad day for me. Officially un-installed ACC (really just to give AMS another go, havent played it much tbh). I'm sure ill be back in ACC when the 2019 season update comes out though.

Thinking the autumn and winter months in Europe will see more people turn up for races.
I for one can only make the weekend racing here on RD as in the wrong time zone..
I'll try to make the odd one here and there once my wheel is repaired and the 8020 rig is finished.
Reactions: Daniel Monteiro
J

ZeroRisk said:
Thinking the autumn and winter months in Europe will see more people turn up for races.
I for one can only make the weekend racing here on RD as in the wrong time zone..
Click to expand...

Same, I signed up for RD premium to get to do some club races, unfortunately they are rarely friendly for US time zones. Usually happen in the afternoon while I'm still at work. Wish RD clubs had more active members in North America.

j_troc_71 said:
Same, I signed up for RD premium to get to do some club races, unfortunately they are rarely friendly for US time zones. Usually happen in the afternoon while I'm still at work. Wish RD clubs had more active members in North America.
Click to expand...

We need people to step forward and run the events, you could become that person? If interested reach out to Paul Jeffrey.
Reactions: j_troc_71

Ricoow said:
Online racing is the best way to experience your favourite sim
Click to expand...

Glad this is doing well on RD and fingers crossed a league will appear some time soon.

I'm working on most Thursday evenings so unable to attend, but on another site I race ACC on, the numbers have dropped so low that the events are now being cancelled which is a shame. 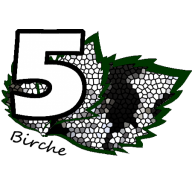 I would gladly do some racing in ACC, but race schedule doesn't suit me. if we could have some race on fridays, saturdays or sundays I would be grateful
You must log in or register to reply here.
Share:
Facebook Twitter Reddit Pinterest Tumblr WhatsApp telegram Email Link
18 comments
One To Watch | Simracing604 On GT3 Popularity In Racing Simulations
37 comments
AMS 2 | Nordschleife Delayed And New DLC Previews
29 comments
Assetto Corsa Competizione | Imola Is Coming!
21 comments
F1 | Alfa Romeo and Williams confirm 2021 lineups
1 comments
The RaceDepartment Podcast | Season 2, Episode 9 Now Available