Well, here i am again.

Will talk a little about this car. Many persons in many countries never seen this car before, i guess. But it is a classic from german car factory here in Brazil. South america got this car, it started selling in 1980 aka Gol LS. Our roads and the maintenance habits of brazilian drivers required a stronger plataform than the german one.

This year, the vw gol had 1.6 air-cooled engine, 4cylinders in line, 1.3L and 42hp. FWD, front engine, longitudinal positioned. But this engine was too bad for this car, nothing about power, and well, no excitement.
In 1981, the engineerings found this fault point, and stroked the engine to 1.6L. It got 51hp and more torque than the old one. And in this same year, vw started to use 1.5L water-cooled from passat, longitudinal with 65hp, better engine of sure (only in sw and sedan). In 1983, the engine of SW (vw parati) and sedan (vw voyage) increased power to 80hp and 120Nm using ethanol. (E100) Gol keeped using air-cooled engine, 1.6L

In 1984, VW started selling the Gol GT 1.8L, the first Gol with water-cooled engine, 100hp and really sporty looking, with Recaro seats, light weight rims, etc. (i consider the possibility to bring it to racer, i love this car =)
Gol GT:

In 1985, VW stopped to doing air-cooled in Gol, and adopted water-cooled 1.6L Longitudinal 4 cylinders in all gols, with 83hp, called here as AP engine (high performance).

In 1987, VW redesigned this car. And the first car made in Brazil with electronic injection in 1989 (This is why it is called GTi here.)

In 1991, vw did a little facelift, in headlights, rims and anothers little details to look more smooth. The engines still the same. 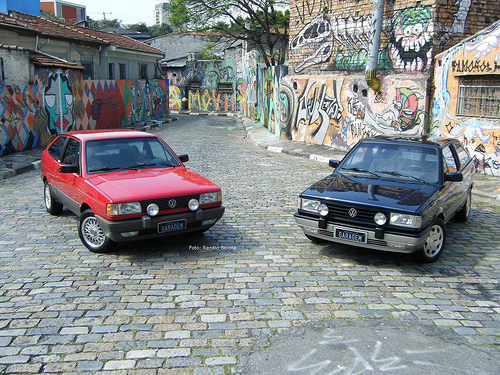 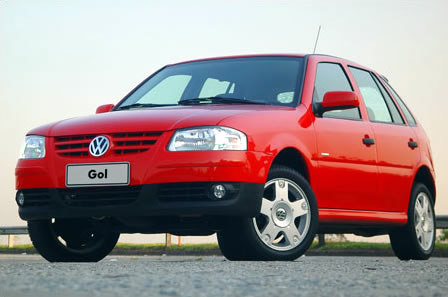 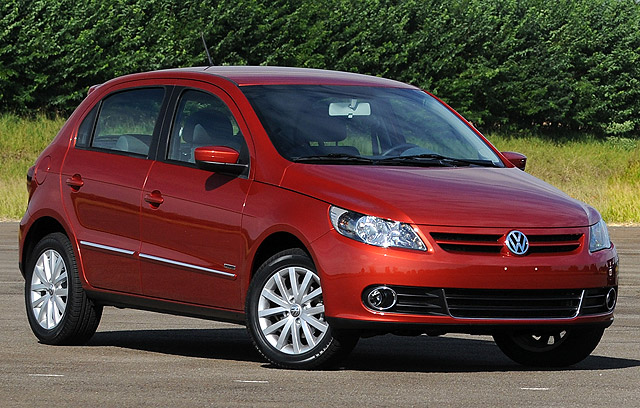 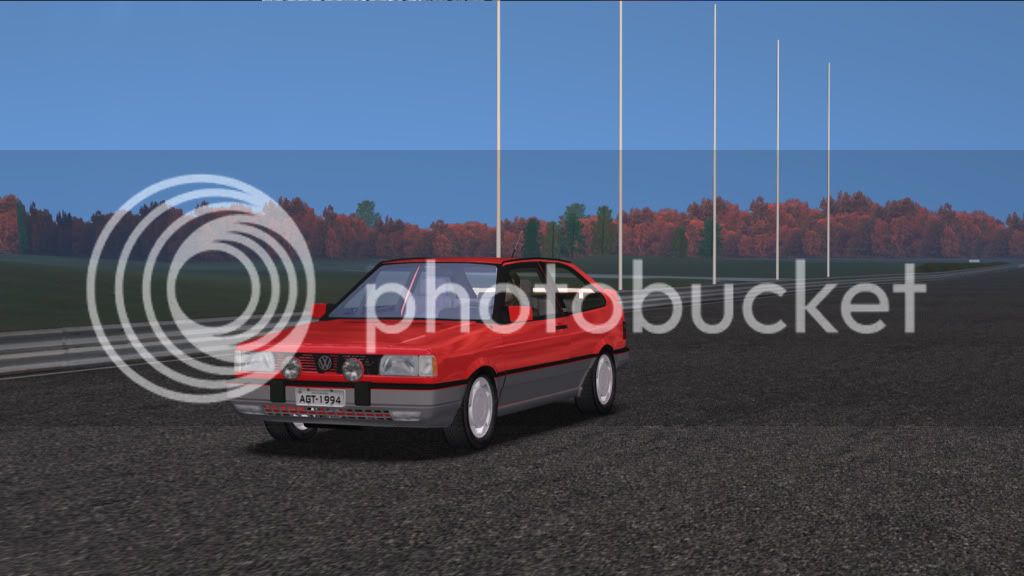 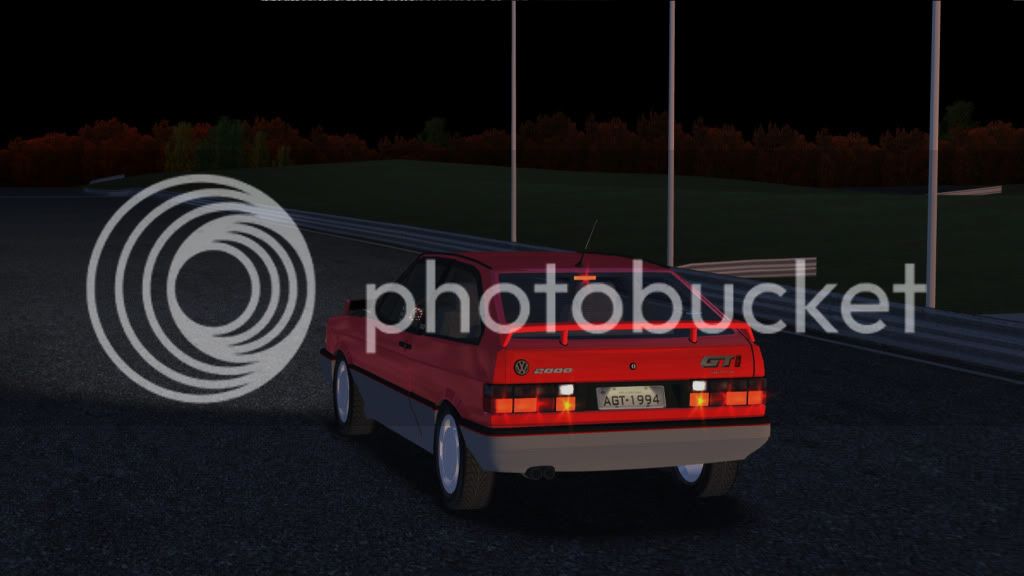 I liked it very much, good work
2

In the US, we got the coupe and sedan version (and 2-door wagon) of the VW Gol sold in the US as the Volkswagen Fox. 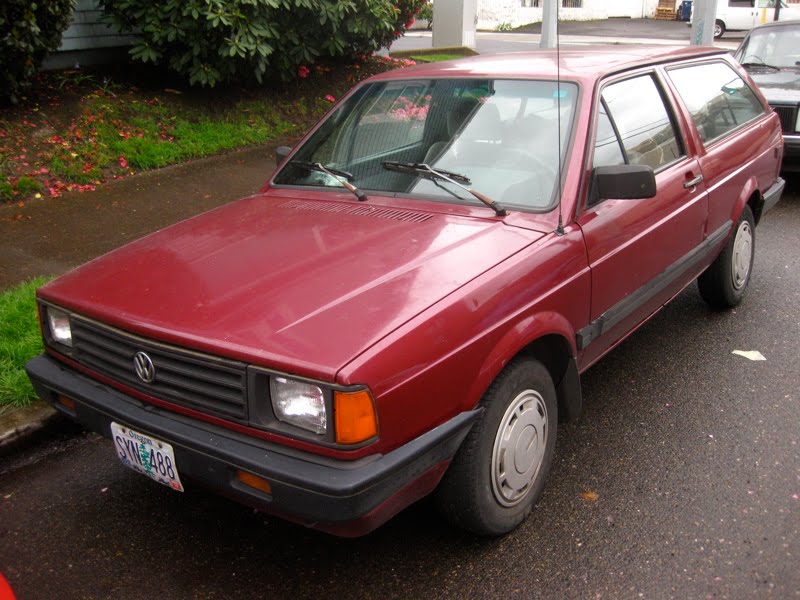 This is the Brazil VW Fox

2o6 are right! vw gol sedan, and coupe were exported to US and anothers countries in south america called Fox 'til 1995 if i am not wrong, like here. The sw wagon i dont know how was the name, here is vw parati. maybe fox wagon? 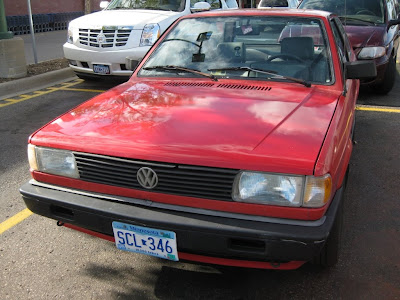 Hey AMGfan, I remember talking to you about my old Fox, it was white, like the picture....but I have steel rims, and a beige interior-and a 4speed and the 1.8L engine you were talking about earlier. I didn't have the driving lights.....but I though she was a great car-thanks for releasing this one. I'll be taking this one for a spin on Polish Roads and The River tracks.

Cobra said:
Hey AMGfan, I remember talking to you about my old Fox, it was white, like the picture....but I have steel rims, and a beige interior-and a 4speed and the 1.8L engine you were talking about earlier. I didn't have the driving lights.....but I though she was a great car-thanks for releasing this one. I'll be taking this one for a spin on Polish Roads and The River tracks.
Click to expand...

Agreed.
I have no point of reference since I've never driven this car in reality, but in-game it's got a very realistic lightweight front-engined 80s thing going on in the corners and it's great fun to sling around.

Precisely. I even had some fun with the handbrake on the back-roads of Polish Roads.. love it lol.

kudos on the VW build

link broked... can you send a new one?

Felipe Giollo said:
link broked... can you send a new one?
Click to expand...

How do I install? For me, only a small image appears instead of the Volkswagen logo, and when I click on it, it does not have any cars. another detail is that it appears written "unknow". How do I solve this?
You must log in or register to reply here.
Share:
Facebook Twitter Reddit Pinterest Tumblr WhatsApp telegram Email Link
5
Assetto Corsa Competizione | More Suzuka Preview Images Revealed
60
R3E | Daytona International Speedway and 2019 Porsche 911 RSR Announced
10
WRC | Rally Monte-Carlo Discussion Thread
12
F1 | Impressive Numbers Headline 2019 Grand Prix Viewing Figures