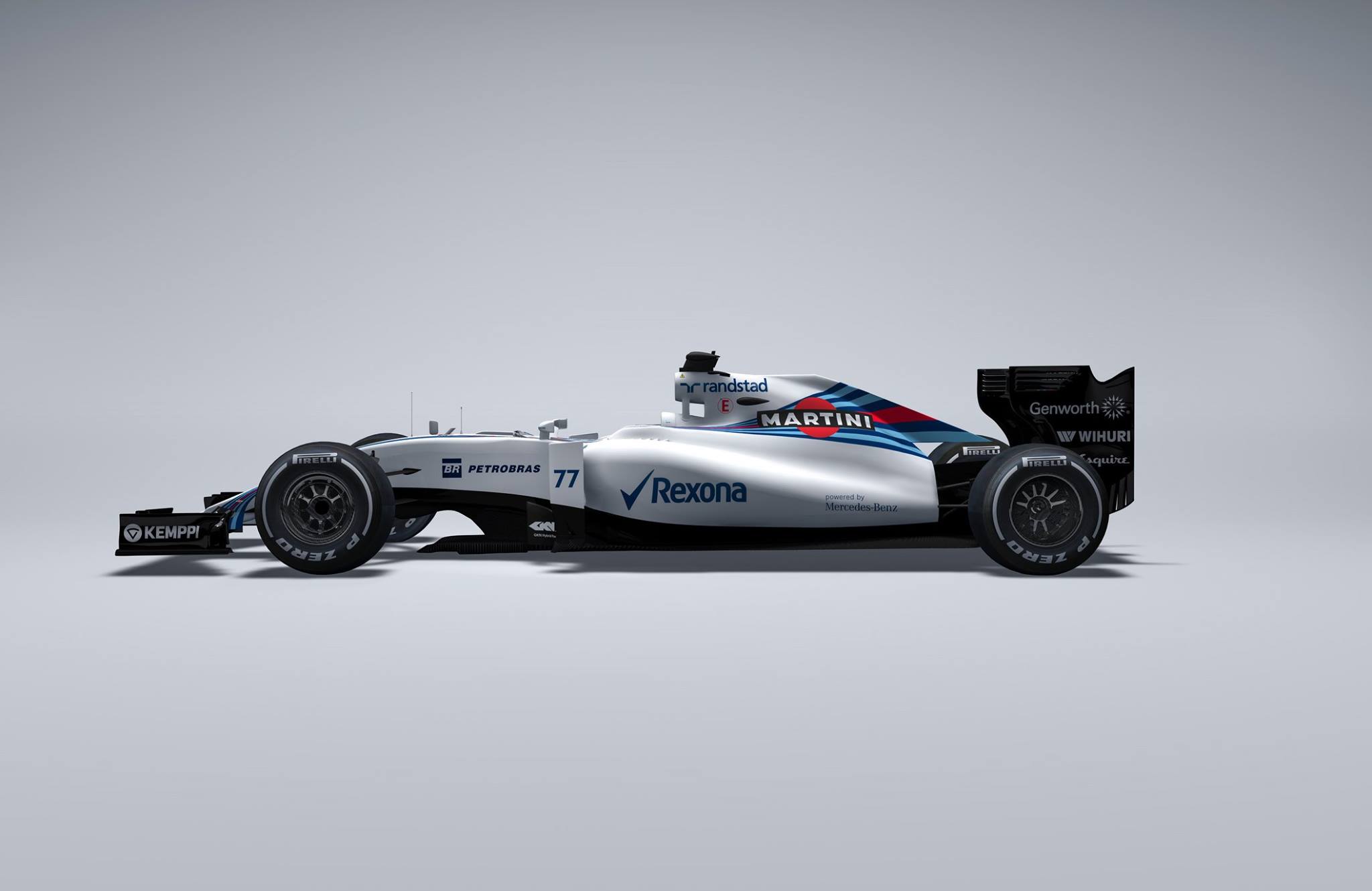 The Williams Martini Racing F1 Team have revealed their new car for the 2015 Formula One Season, the Williams Mercedes FW37.

The British-based team are the first to reveal their car after the FIA regulations for the nose were altered for the season year running, forcing designers to alter the anteater shaped noses of 2014 to become angled lower and become not only more aesthetically pleasing but also increase safety.

It was far from easy to redesign the nose to suit this year's specs, according to Williams chief Technology officer Pat Symonds, who said “The change in regulations offered us a slight headache,”

“The new front bulkhead and nose geometry had much more of an impact than we had initially anticipated and the effect on the aero was profound. The team have worked hard on pulling back the deficit these regulations have made for us.”

The Livery is very much the same as last year's though for the first time since 2010, the sidepods contain a new sponsor, in the form of former Lotus Sponsor Rexona, the other sponsor coming from Lotus being Avanade.


https://twitter.com/i/web/status/557841529965142016
The team who finished 3rd in the standings last season started work early on the FW37 and Team Owner Sir Frank Williams hopes for the good form to continue: "The team had a fantastic season last year. We are aiming to replicate this development over the winter and to start the 2015 season in a strong position.

"Everybody has worked tirelessly to continue that climb up the grid.

"After a very strong first year with Mercedes we are looking to further develop the relationship as we look for more podiums in 2015.

"I feel this year will be equally as exciting as the last and look forward to seeing the car on the grid at the first race."

mod-edit: please post your messages in English.
Last edited by a moderator: Jan 21, 2015

Am I right in thinking that they were gonna be putting low profile tyres on the 2015 cars?

Force India beat them to it

Very ugly... except the livery.

Is this CGI? If not they have Photoshopped the **** out of that.
Does nobody take a real picture anymore? With light bouncing off the shiny paintwork and reflections?
D

Bryan O'Connor said:
Is this CGI? If not they have Photoshopped the **** out of that.
Does nobody take a real picture anymore? With light bouncing off the shiny paintwork and reflections?
Click to expand...

All the images I've seen are CGI (they did this last year as well) or probably renders of the CAD drawings, and yes they are then dressed up for publication.

25% of the car featured is probably last years as well to keep their aero specifications secret till Jerez (e.g. front and rear wing design).

I was hoping the knobbly nose was going to disappear but it looks like no, shame as the rest of the car is pretty.

Williams now revealed in Jerez testing
You must log in or register to reply here.