What Else Do You Sim? 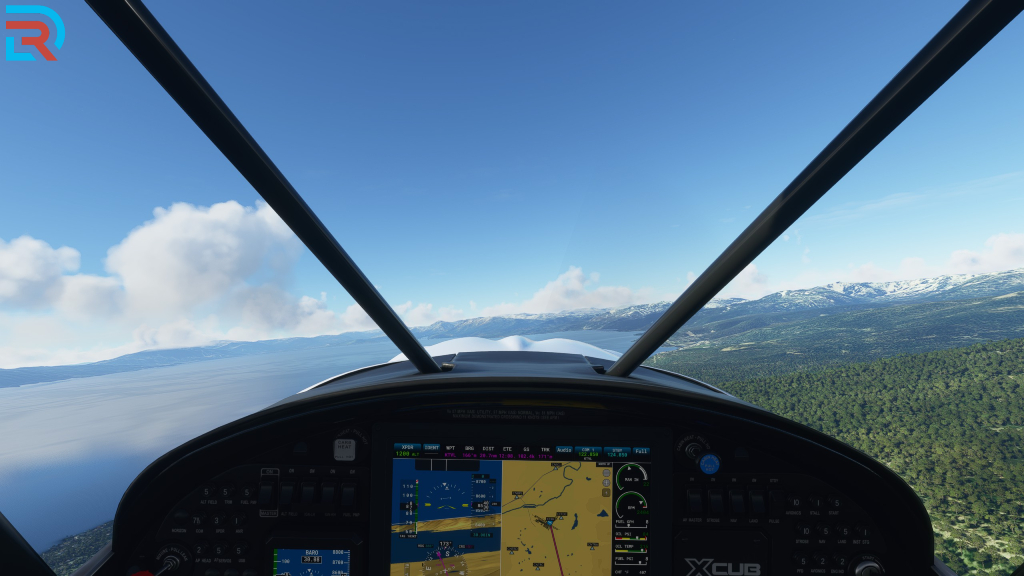 Most of us come to RaceDepartment to discuss and learn about racing simulations and racing games, but we want to know what other simulators you play.

We are experiencing one of the best periods in the history of sim racing. Sim hardware quality is improving while software options are plentiful and growing. But even in this amazing time, we all need breaks from sim racing, and we turn to other avenues of virtual entertainment.

We want to hear from you in the comments below. Let us know what else you enjoy simulating. From flight sims to farming to bus driving, whatever it is that you love to play outside the world of racing, share it with us.

Microsoft’s latest edition of Flight Simulator is a popular option amongst many in the racing community, and even allows us to repurpose our racing rigs as cockpits. Many videos have even been shared on popular sim racing channels featuring fly-overs of major racing circuits from around the world. 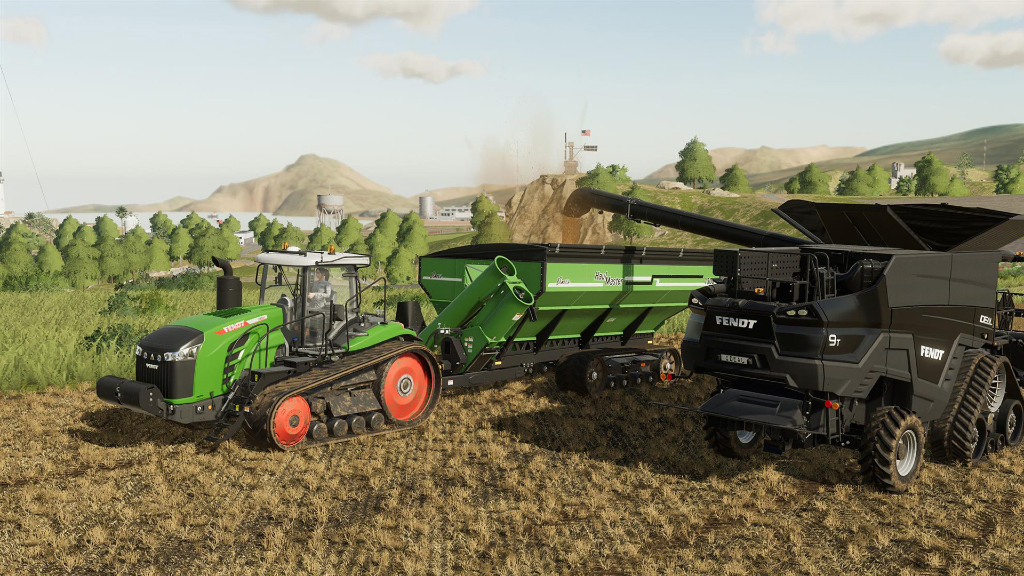 Another widely loved sim that many of you are enjoying is Farm Simulator. On the surface, farming seems like an uneventful pastime, but Farm Sim has managed to make virtual farming fun and engaging. So much so, in fact, that there are Farm Simulator eSports championships.

For those who can’t get enough of driving, there are many choices outside of racing. Euro and American Truck Sims are a great way to relax the mind and pass an afternoon. Taxis and buses are also well represented in the sim world, or you can patrol the streets as an officer of the law. The choices for simulations seem limitless.

Share your personal favourites below. Whether your other sim favourites have you repairing cars, long-haul trucking, boating, mowing grass or anything else, share it below.
Reactions: AresWorksCZ, FriendOfJah, David Peres and 14 others
About author

Cars and planes are the only sims I really enjoy !!!
The new Flight Simulator is astonishing in VR. I simply cannot fly without it anymore.
I tried a train simulator once but not my thing.
My wife tried a driving sim to train for her licence and she was quite good at it
Last edited: Aug 15, 2021
DCS and VTOL VR are what I mostly sim outside of racing.

DCS is expensive however, not just for the cost of the aircraft and environments, but also for the kit you need to get the best out of it. While you can use relatively cheap HOTAS for DCS I would recommend a TM Warthog HOTAS as a minimum for a good experience.

VTOL VR can also be expensive as well as it's the truest meaning "no VR no Buy" - if you don't have a VR HMD then don't buy it, it wont work.. The great thing about this is that it uses the VR controllers for flight and all cockpit interactions in the most intuitive manner I've yet to see. This game doesn't support a HOTAS as it's VR controllers only, but you can add rudder pedals if you desire. If you have VR then honestly this is a must buy - It's DCS lite essentially with excellent Steam Workshop content.
IL-2 series of WW2. Thinking of DCS now the Mosquito is coming.
Silent Hunter III U-boats.
Last edited: Aug 17, 2021
I only have racing sims on my computer but still would like to try flight sim.
Mike, i lately play to simulate i am a survivor in ARK!
Its a great experience, so i hope to see you all there taming dinos and breeding them.
I miss so much the dinos these days! Damm meteor...
MOH

Steve Worrell said:
I only have racing sims on my computer but still would like to try flight sim.
Click to expand...

A good choice, you will enjoy the great real landscapes and difficult landings with many aircrafts.
Also there is some open software (neofly) to make plenty of missions and create and manage your own company on mfs2020.
ZWIFT for me during the winters to substitute my outdoor bike rides. Not a massive fan though.

Flightsim X installed but never have the time to really get into it. One day
Pro Evolution Soccer, since it came to PC.
I have been organising PES tournaments more than a decade ago in my Home town. And had won some of them.

So yes PES was my other love beside simracing
I don't know if it counts as such, but I have currently logged 60hours in Power Wash Simulator. It says simulator in the name, though
Not sure if that counts, but Pinball FX3 real life tables are incredibly realistic, so maybe it can be considered as a simulation.
Truck sim, IL-2, and i think pinball counts.

Oddly enough Car Mechanic simulator just recently. They made a VR version, i've learned more about engines in the last couple of weeks from a standing start of zero in a lifetime previous.
I run racing sims only...RRE, ACC, AC, RF2 and AMS2
I've reached the point of saturation...too many sims to take on anymore.
I do own FSX and Xplane 10 but I haven't launched either in years.
I currently work as a HondJet flight simulator technician.
My job duties dictate I fly that...sometime a few times per week.
That's all my simming.
Last edited: Aug 20, 2021
I play The Sims to simulate having a social life. Not very realistic, I might say

WhiteFox41 said:
I play The Sims to simulate having a social life. Not very realistic, I might say
Click to expand...

You're a sim-racer, so how would you know?
Besides race sims, i use to go sim flying on DCS, MS Flight Simulator as well as X-Plane and Wings of Prey. No one here mentioned Ship Simulator 2006 and Ship Simulator Extremes, wich i played a lot a couple years ago; here's the link in case you guys wanna check it out:https://www.shipsim.com/
Other sim i liked a lot was Steel Beasts, a very realistic Main Battle Tank simulation.
Last edited: Aug 15, 2021
I started my "sim career" with the Microsoft Flight Simulator 2000 twenty years ago, did that and the 2002 variants for quite a while, before around '04-'05 other games took over.

Only got back into it this year with the new Flight Simulator, it is astonishing, but somehow feels very different to those old ones I got used to, in terms of usage and UI. In the old one you could open the map at any time, see where you yourself where, you flight route till that moment, drag your position around, plan further flying etc, also change aircraft on the fly wherever you were... with the new one it's like you load on craft on one runway and then you have to make do with just that. The world scenery is awesome and absurdly realistic compared to the old stuff, but at the same time it feels a little claustrophobic and limited.
Also looking over the patch releases all last year I get the impression that whole thing was released long before feature complete.
Last edited: Aug 15, 2021
apart from racing, here mainly ac and acc i dug myself deeper and deeper into dcs warbirds and helis over the past years. lately i also very enjoy hell let loose as an intense and tactial not your average kind of shooter.
Well, I think it was back in 2003 with the successor to the LFRS-series, Formula Simracing's competitive series using F199-02, I finaly decided to concentrate strictly on simracing (started my simracing career with C64 Speed King game in 1985).

Until then I, alongside racing, primarily did aviation sims as MS FS 98 and 2000 (think the '2002' title was the last), IL2-Sturmovik, a lot of the F18 Fighter Flight (was it for DOS or Windows? don't remember) and at my university studies the two-person-same-keyboard DOS game Retaliator together with a study colleague. When I met my wife, altso in 2003, I became familar with the The Sims family a bit, too, since she played it a lot.

But apart from that it has primarily been simracing - and now way too much different racing sims, so sometimes confused and stressed about what to play (the best days are out running or bike training when my minds suddenly comes to specific races, or from the good youtubers as e.g. GPLaps reminding of quality classic content).

But youtube now more and more often suggests me sim aviation links as the ones below, so I'm quite tempted wight the aviation sim gears available today. However, I think it will be too much as a family dad with limited time to restart some serious sim aviation. If only the day had 48 hours...

So short answer: none, other than simracing.

But videos as these are still temptning me.

But with limited time available, that would result in total hibernation in simracing
And as an old petrol head I don't think that is gonna happen.
So I stick with simracing today.
Last edited: Aug 15, 2021
My VR rig is not up to running most of the 'proper' flight sims, so I have resorted to Elite and Ultrawings. Both have simplistic flight models, but are still great for immersion. I prefer to play Elite with FA-OFF, but you need a reasonable setup to be able to feather the thrusts accurately. Ultrawings is just a great simple flight sim/game with acrobatic challenges very reminiscent of the old pilotwings.