Opinion | Why have ACC's GT4 cars struggled compared to the GT3's? 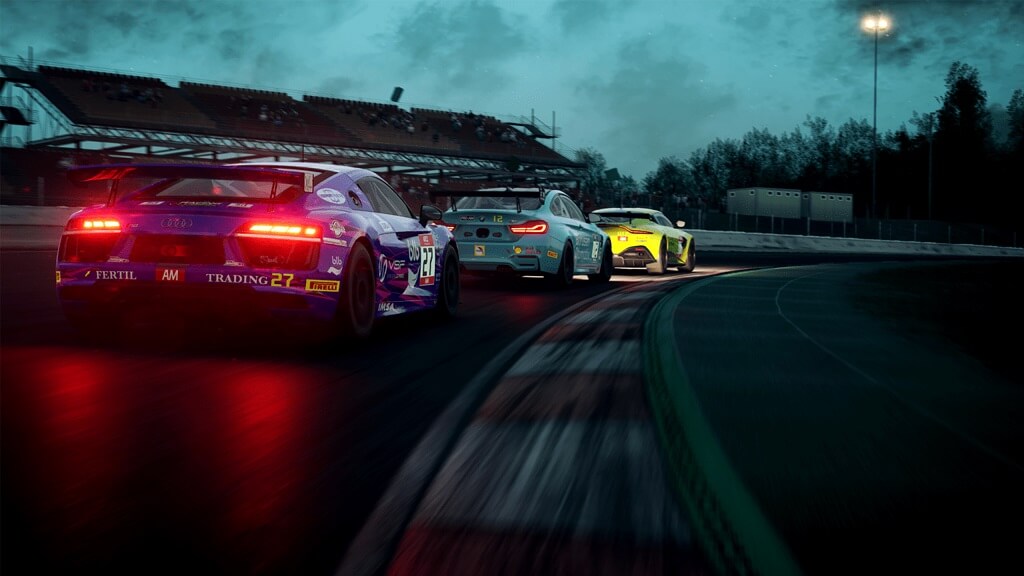 It's been almost 12 months since Kunos released the GT4 Pack for ACC, but it hasn't taken off as well as they'd probably hoped. So why are GT4's struggling to take off in ACC?

If you've been in & around the ACC corner of the sim racing community for any length of time you'll have realised that GT3 public lobbies, leagues & endurance events dominate the landscape with a few Porsche Cup races sprinkled in-between. And this is understandable as ACC is marketed as the "Official GT World Challenge Game" with some of the most impressive virtual recreations of a GT3 car you can find, and as such, ACC has attracted a significant crowd for that one main reason, GT3 racing!

But GT3's, as hinted to earlier, are not the only cars ACC has to offer. The widely loved Porsche Cup & widely unloved Lamborghini Super Trofeo cars also exist within ACC but are used more sparingly amongst the ACC communities that host weekly league races or big-grid endurance events. 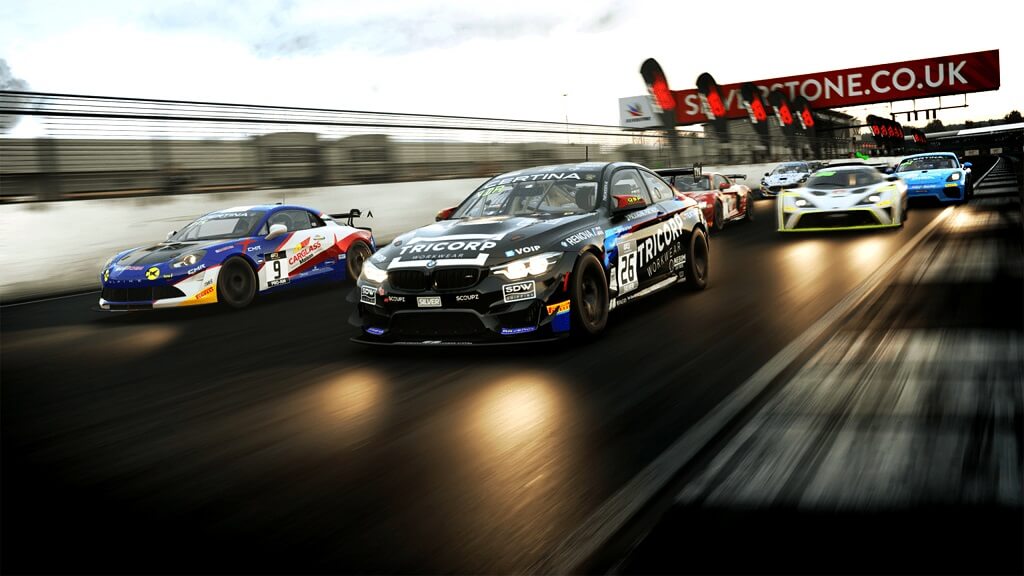 So we've established that GT3's are at the top of the pecking order for popularity, followed by the Porsche Cup cars and then the Lamborghini Super Trofeo's, but where do the GT4 cars fit into all this? Well, they're more popular than the Super Trofeo's but less popular than the Porsche Cups, and that's a real shame too because, from my experience, some of the best racing in ACC is in the GT4 category.

The GT4's in ACC are some of the best virtual recreations of a GT car that I've ever seen. From the tiny Ginetta G55 GT4 to the enormous Chevrolet Camaro GT4R, each of these cars feels radically different, which can't be said about all the GT3 cars. The GT4 cars are less aero dependant too, which means you can scrape paint & beat them up quite a bit more than you can a GT3 car before you start to feel the effects of the seconds of damage you've collected. 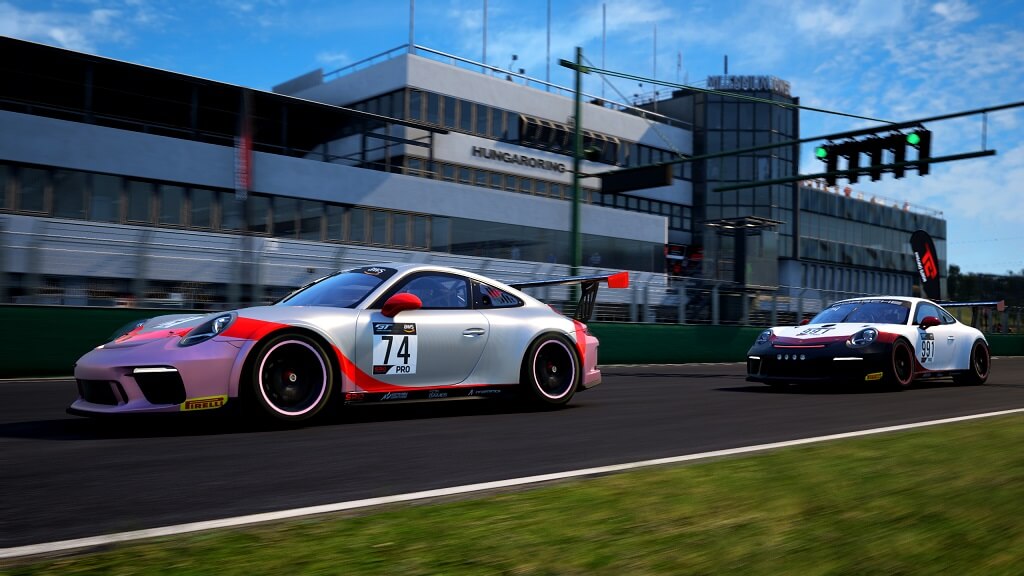 So if the GT4's feel more unique, durable & fun to race against a GT3 or a Porsche Cup, why are they so underused across most of the ACC community? Whilst the reasons may go beyond those I'll touch on below, I believe there are three main reasons why the GT4's haven't taken off as expected:
The GT4 cars feel very different to the GT3's, primarily because of their less powerful engines, but also their dependency on mechanical grip due to the minimal amount of aerodynamic grip they generate. All of this makes them quite tricky to pick up & drive if you're used to a GT3 car, the stone-cold tyres you need to warm up over the first 2-3 laps of a stint don't help this problem either.

Adding to the difficulty involved in driving GT4 cars are setups, whilst the feel of a setup will vary from driver to driver, there is a consistent opinion on the default setups available for the GT4 cars. They don't feel great. What's worse is that not many people make setups for the GT4 cars. Coach Dave Academy is starting to pump them out recently, however besides their service finding GT4 setups is a chore, unless you have the time to spend hours making your own from scratch, but most won't bother.

And finally, multiclass racing. It's a term that makes so many of us jump with joy at the prospect of seeing multiple classes battle it out on track to create more entertaining racing than single class series often do, to the few regular drivers of GT4 cars within ACC, that is an alarm bell for incoming dive-bombs & impatient drivers that just don't seem to care what the slower class thinks. 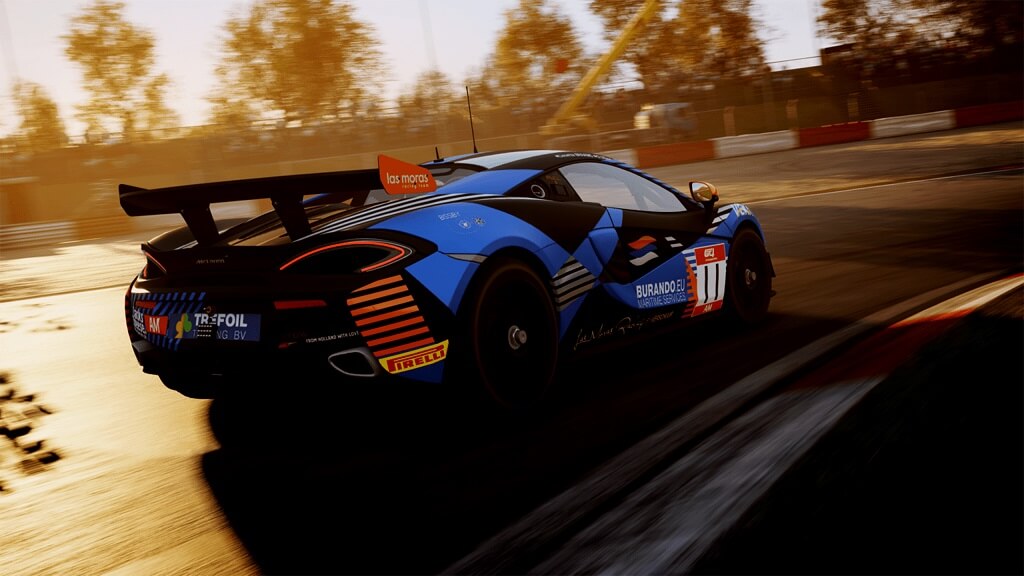 Despite all of the above though, there is a ray of hope shining down on those that relish the challenge of GT4 racing regularly. Some of the communities running leagues & events in ACC haven't given up on the GT4's, and they might give the others the push they need to do the same soon enough.

Actrollvision Community Racing, Racing Club International, On The Limit Community Racing, SimGrid, PCDC & Simracing.gp are all regular or semi-regular hosts for GT4 leagues or one-off events. Their efforts to actively create GT4 leagues & events for drivers to enjoy are having an impact on other communities too so it might not be too long before a "second wave" of communities running GT4 events begins.

So, do you drive the GT4's in ACC? If not, what's put you off trying them out? And do you think there's another reason people don't drive them than the points above? I'd love to know your thoughts below!
Reactions: de Wagenfohrer, Iketani-s13, Jopamir and 14 others

I wish more people would race GT4. I always have more fun than with GT3 I find
I only drive the gt4. Much more fun.
These cars feel just so much more 'alive', it's just a waste to not drive them every now and then.
I absolutely enjoy GT4s so much more and think they are much easier to pick up and learn to drive... they might just be harder to go that one bit quicker as you have to learn to keep the momentum with them And the popularity shows in my community events... so we keep the spirit of GT4s alive!
Personally I like the GT4s but I do prefer the GT3s. I can't tell you why though. I think it's the cornering speeds of the GT3 that I like.
Some cars are made to be grid fillers in simracing for offline racers. GT4 is one of these classes, LMP3 is another example.
This stuff makes sense IRL but in simracing they rarely do (online racing)
Simple as that.
Looking at the poll the article clearly did NOT hit the mark ....
Maybe some people just dont want to fork out the cash for GT4 cars.
Everyone loves them, no one drives them. Something that drives me crazy
It is not related to anything about driving as they are ultimate fun to drive but herd psychology says the league organizers and racers to just to go with GT3s.

Andreas Knöpke said:
Looking at the poll the article clearly did NOT hit the mark ....
Click to expand...

The points made in the article still stand, compare GT4 open lobbies compared to GT3's, there is no comparison. People might like to drive them, as the poll suggests, but why do they lack the numbers when it comes to community events & public racing, that's what the article focuses on.
The people that have driven them love them, the ones that haven't don't care for them. The racing is better and besides setups easier to drive. But no matter what argument I make, most of my friends can't be bothered to buy the dlc, so as a result I don't drive them much either and I think this scenario applies to many.
Don't want to drive ACC model is a real dilemma

Try rF2 LMP / GT3 will make you forget all about it

Last edited: May 15, 2021
I prefer the GT4's a lot to the GT3 cars myself. They are too planted, too much aero.. GT4 cars need more taming and feels more rewarding to drive.

GT3 cars are popular because the skill level needed to feel like you are going fast isn't that high. Driving any car on the limit is still difficult however. But yeah, GT3 will be popular since they are easier to drive.
GT4's are far better fun to drive in ACC much better feel on track, as for others that don't drive them online, more than likely they don't like to race, only like to have a chance of a win..in other words sado's..

HordSS420 said:
Maybe some people just dont want to fork out the cash for GT4 cars.
Click to expand...

It's very possible, especially in the global situation we find ourselves in. It's a fair reason.
I enjoy them however they are cars from 2 years ago. There is also no Mustang or Supra GT4 at all.

Isaac Chavira said:
I enjoy them however they are cars from 2 years ago. There is also no Mustang or Supra GT4 at all.
Click to expand...

I don't care about having the latest but Mustang and Supra GT4 would be really awesome.
Well, they are treated as second class by Kunos themselves. As @Isaac Chavira said, there is no Mustang (and no Supra) because Kunos, for whatever reason, decided that the British GT pack should be tracks-only DLC.
At least here in Brazil, the DLC is just too expensive. Unfortunately, our currency is undervalued compared to dollar and even more compared to Euro and that is becoming a real problem here. Some games are priced considering regions and currencies like PUBG do. For example, PUBG in EUA costs 30 or 40 dollars, here in Brazil it costs 50 Reais. But some games are priced in dollars or euros then converted in reais. For you guys I don't know but maybe the GT4 DLC costs 10 or 15 dollars that is fair enough, but here it costs 80 reais that is pretty expensive. Some games like Automobilista are cheaper than this DLC.