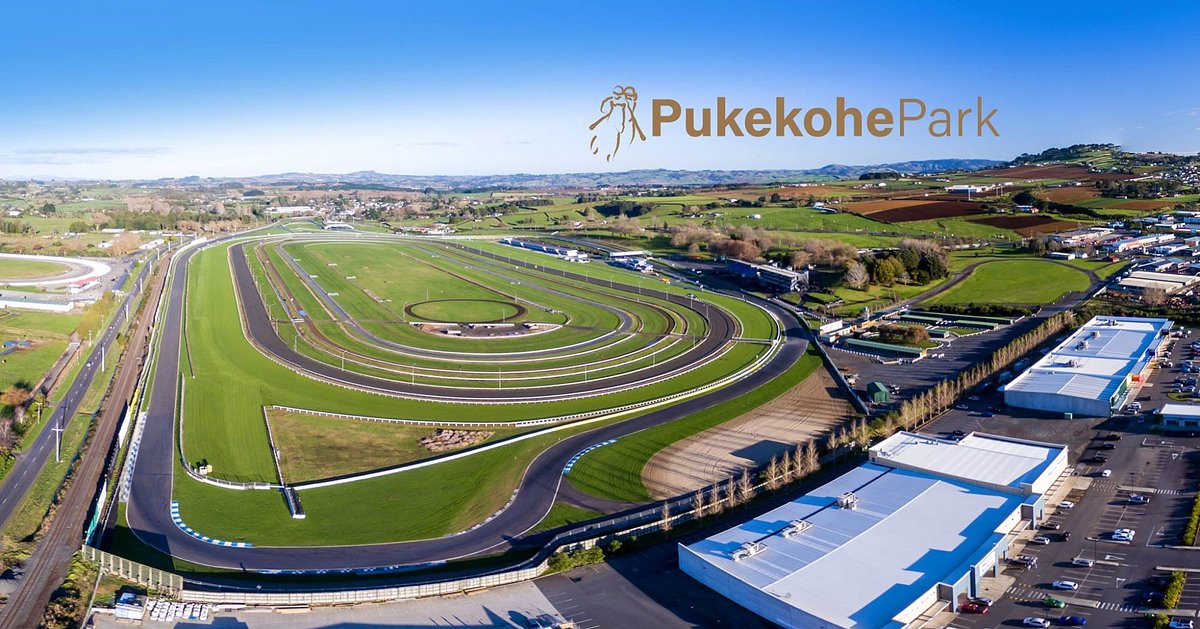 The End of an Era​

Earlier this year, the track owners of Pukekohe announced ceasing motorsport activities. The venue will continue its horse racing activities, however.

On April 2, 2023, the last motorsport event will take place at the racecourse before the site turns its attention to thoroughbred racing activities.

Paul Wilcox, ATR chief executive, said that the motorsport closure marks the end of an era, but that it will allow the Club to continue in its efforts to safeguard the nature of thoroughbred racing in Auckland.

"We can appreciate today's announcement will be big news for many," Wilcox said. "Motorsport has undoubtedly had a strong association with Pukekohe Park, becoming synonymous with our racecourse since the first-time cars and bikes raced on it in 1962."

"However, our purpose is to facilitate thoroughbred racing at our Auckland venues with our vision being to provide a sustainable future for our sport in New Zealand."

However, this end of the motorsport era at Pukekohe will enable one virtual rebirth. iRacing has announced to laser scan the New Zealand race track and, therefore, "preserve" it.

While, right after the announcement, a petition was formed to have iRacing immortalise the legacy of Pukekohe, that was apparently not the main reason for the decision.

“Within a few hours of the announcement about Pukekohe Park’s repurposing, we reached out to iRacing to scan the circuit and they agreed almost immediately,” said MotorSport New Zealand CEO, Elton Goonan.

More than 7000 people signed an online petition in support of the digital version of the circuit, as well as Supercars and IndyCar star Scott McLaughlin, who is known as the 'King of Pukekohe'.

“While we were working in the background, the petition and campaign of James Anderson, a passionate fan and sim-racer, certainly helped get this across the line,” added Goonan.

“From Supercars to the New Zealand Grand Prix, Pukekohe hosted many of the world’s top racers and most competitive racing series over nearly 60 years. By bringing the track to iRacing, future generations will have the opportunity to lap the famous circuit exactly as it was before its closure, giving them a sense of what made this track so beloved to so many.”

One interesting keyword in there is "future generations". This begs the question of how iRacing wants to enable the enjoyment of their circuits for entire generations.

Is iRacing planning on continuing its business like it is doing now for generations to come? And is immortalisation truly possible in live-service, subscription-based games?

Personally, I doubt calling this endeavour "immortalisation" until the laser-scanning data gets released either into public access or at least a classic pay-to-own game.

To be fair though, every digitalisation effort is highly appreciated. After all, a piece of motorsport history is about to disappear. So we should do everything in our power to preserve such historical venues.

What do you think about this coming addition to iRacing? Let us know in the comments down below!
Reactions: Dynamitry, Wizzo58, Dave Hope and 22 others
About author

This is a good thing.

After that, it would be interesting if the circuit could be accessible through other games and also give some historical context to the players, this corner was modified in such and such a year, such and such a category drove on it, who created it etc.

G_B said:
This is a good thing.
Click to expand...

It sure is! I'm thrilled iRacing is preserving Aus/NZ motorsport history. First Oran Park and Sandown, and now Pukekohe.


G_B said:
After that, it would be interesting if the circuit could be accessible through other games and also give some historical context to the players, this corner was modified in such and such a year, such and such a category drove on it, who created it etc.
Click to expand...

Both more recent and historical versions exist for older sims like rFactor 1 (and can be downloaded here on RaceDepartment). Not laserscanned of course, but are fun to drive nonetheless. Not sure if they've been converted forward or upgraded for AC or rF2.
Last edited: Sep 9, 2022
There is a 397 version for rF2, released a couple of years ago on Steam. I think it was a Lidar scan. It was released with a few other NZ tracks as part of a Toyota Gazoo Tatuus racing pack.
It is present in Assetto Corsa since several years now…

Redvaliant said:
There is a 397 version for rF2, released a couple of years ago on Steam. I think it was a Lidar scan. It was released with a few other NZ tracks as part of a Toyota Gazoo Tatuus racing pack.
Click to expand...

Yup. https://steamcommunity.com/sharedfiles/filedetails/?id=1988712085
Hi all
As a proud Kiwi, this is exciting news.
I had a chuckle at the mention of Scott McLaughlin as the King of Pukekohe. All Kiwi's (and most Aussie) know The King of Pukekohe is Greg Murphy.
I am sure both Scott and Greg would agree.
Bet wishes
Bob Laycock
Last edited: Sep 9, 2022
Great news can't wait to drive it in iR. Personally i don't care about versions of it in AC or rF2
Last edited: Sep 9, 2022
I like this word "Immortalises", this important function of simracing should be more exploited, rather than just profiting of same meme content. But it depends on people, and what they turns their heads at...
Nice idea and good to see another not so well known track added to a sim. I'm tired of Spa and Monza being everywhere.
A fantastic initiative. Damn shame its closing but I'm happy the took a record of it in its final days.

F_B said:
Nice idea and good to see another not so well known track added to a sim. I'm tired of Spa and Monza being everywhere.
Click to expand...

Isn't it odd that with 130 tracks, there are still a few that get used too much
Great to see iRacing is going to include 'Pukekohe' in their roster of tracks and when I re-sub this will be purchased for sure.

In the mean time I will enjoy rFactor 2's version

A lot of "lost", super tracks could likewise be brought back to life. I am anyway glad I can get versions of Südschleife, Rouen, Clermont Ferrand, St Jovite, Montjuich, Mugello etc on various sims, courtesy in main to modders. Still, would be nice to have top notch versions of tracks like these. I suppose one can't have everything though! They're anyway just so much better than modern antiseptic point and squirt tracks, many of which are all the same basically.
I've seen some assetto mods that have been stolen- I mean borrowed from Iracing. hopefully this one will be too 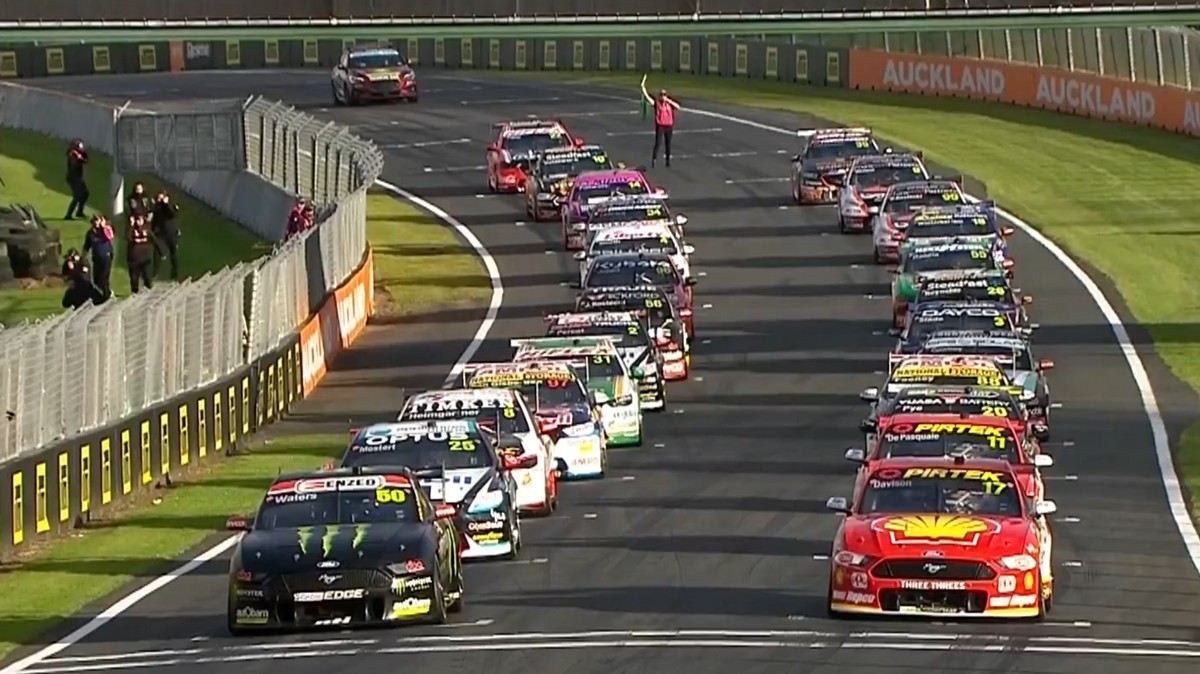 Last V8 Race @ Pukekohe and what a cracker !
Last time Holden races in New Zealand.
2023 Camaro vs Mustang.
2023 New Zealand round still to be confirmed. 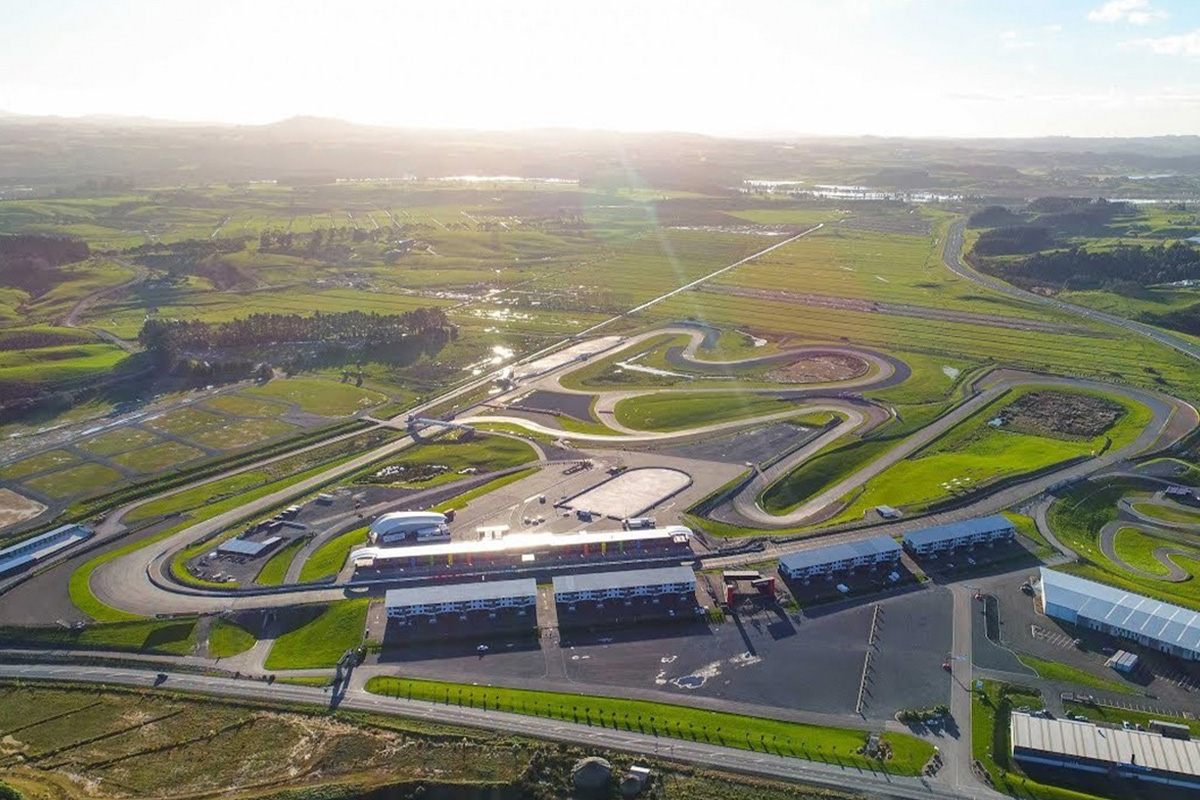 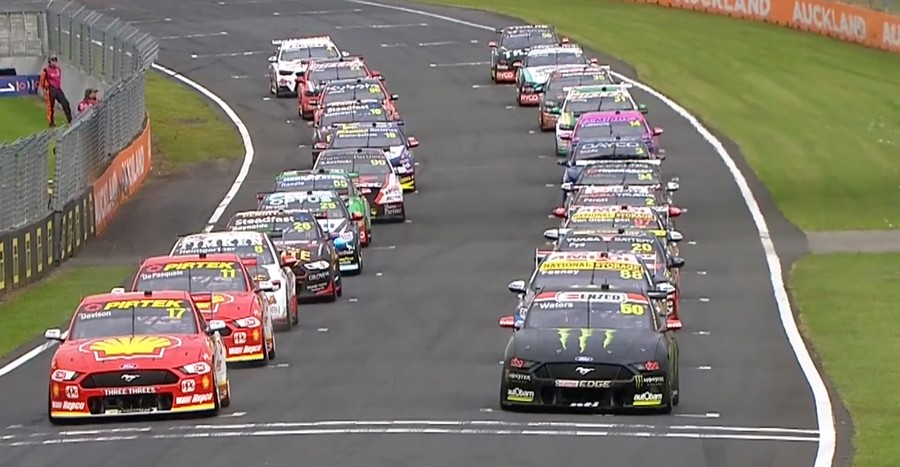 Free on rF2. I wonder when iRacing will do free.

Injafaz said:
Free on rF2. I wonder when iRacing will do free.
Click to expand...

Is the version in rf2 laserscanned or a mod? Nothing against high quality mods but I wonder if you can compare modded VS officially laserscanned.

F_B said:
Is the version in rf2 laserscanned or a mod? Nothing against high quality mods but I wonder if you can compare modded VS officially laserscanned.
Click to expand...

Pukekohe Park Raceway V1.0 was build for rFactor 2 from scratch based on GPS and real car data by Engineering Consult by WVK GmbH in 2020 based on the idea by Toyota Gazoo New Zealand and Tatuus.
Click to expand... 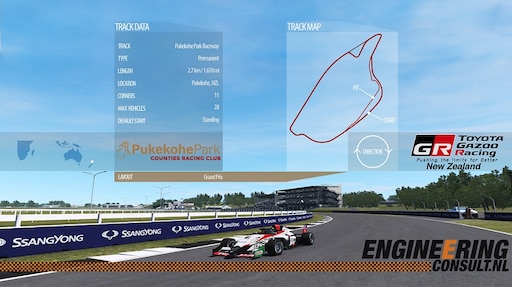 Injafaz said:
Free on rF2. I wonder when iRacing will do free.
Click to expand...

Although it obviously won't be completely free, I suspect it will provided gratis to subscribers. Or, at a minimum, available at a significantly reduced price (vs. regular tracks).

iRacing doesn't seem to be paying a licensing fee, and sales would be minimal anyway, so why not add it to the ever-increasing base content (where it will thus end up being driven a ton)?