Log in to download, or make sure to confirm your account via email
Overview History Discussion
Ask a question
History
High resolution (4k) skin for the BMW Z4 GT3 of the Vita4One Racing #66 during the BlancPain Endurance Series 2012 as seen during the 3h of the Nürburgring driven by Mathias Lauda, Gregory Franchi and Frank Kechele.

One minor aesthetic change on purpose:

The start people logos on the rear skirt and both fenders are symmetrical. On the real one they were asymmetrical during the Nürburgring event. 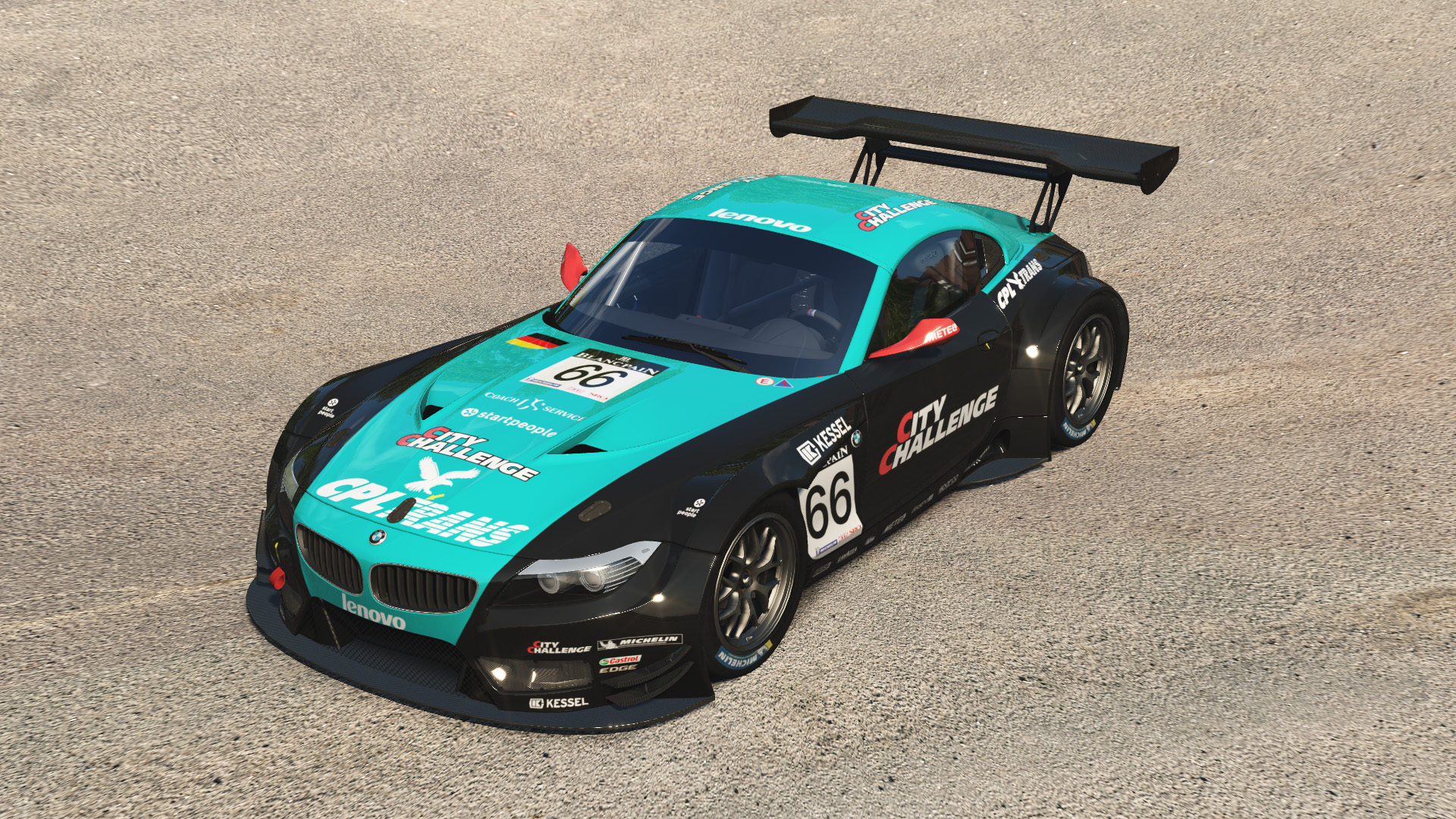