Login or Register an account to download this content
Overview Updates (9) Reviews (33) History Discussion
Ask a question
Reviews (33) History
IF YOU WANT TO USE MY FILES IN YOUR MOD(S), GO FOR IT. YOU DON'T NEED TO ASK. JUST BE SURE TO GIVE CREDIT TO THE PEOPLE WHO CONTRIBUTED TO THIS MOD.​
Edit October 3rd 2021 - the Google Drive sharing link has been updated. You should be able to download without requesting permission now


How To Stop the AI From Backing Out
Edit September 20th 2021
They key to stopping the AI from backing out when trying to overtake lies in the ai_track.xml files. If you make the gates wider by increasing the "length" value in each gate, you can prevent the AI from backing out and actually completing an overtake. Nice!
This can be tested by enabling brake assist in the settings. If you try to overtake the AI at turn 1 in Melbourne with brake assist on, you will exhibit the same behavior as the AI.
This is obviously a huge project and very tedious so I'm not doing it, and no one plays this game anymore, but if someone were to accomplish this, it'd bring the game to a new level.
As well, if someone were to find a way to make the gates/chevrons visible as they are in the Young Drivers Test, that would help with editing the gates on each track tremendously because you're basically flying blind when editing the ai_track.xml files. They're very confusing to work with unfortunately.

Once again I'm happy to be able to release True to Life AI for the official F1 2013 game by CodeMasters. Here's a snapshot of what's included:
- corrected braking points and cornering speed for the AI across all tracks
- AI overall "intelligence" has been improved
- Created a revised tyre wear model giving more individual wear characteristics to each track, and also making suggested pitstop stategies attainable. Most, if not all tracks should also have realistic suggested pit stop strategies
- Increased damage sensitivity for Player and AI
- Adjusted tyre wear rates for all teams to lower the variation (some teams were gaining huge advantages because of excessively low tyre wear rates)
- Lowered the penalty system's sensitivity towards collisions
- Enabled 99 flashbacks (do not touch the flashback setting in the settings menu. Don't even scroll down to it)
- Safety Car performance has been lowered to allow all cars to catch up to the queue
- Adjusted engine and gearbox wear rates so the wear on the car feels more tangible over the course of a race
- Lowered grip levels for some non-tarmac surfaces
- Unlocked top 7 teams after the Young Driver's Test (see details in Young Driver's Test Section)
- A Dry Weather Only mod is also included for those of you, like me, who feel the wet weather races are just rubbish


Discussion Rules:
Rule #1: Read this page before posting in the discussion.


Disclaimers:
- This will not corrupt your profile, and you may continue an existing Career
- This mod works for all difficulty levels
- This mod will not work with online gameplay
- Engine and gearbox wear does not carry over from Practice and Qualifying even with parc ferme on...not sure why
- If it's important to you, make sure it's backed up!
- Turn 15 at Monaco the AI sometimes crashes. This happens in the default game as well, and has yet to be solved
- I recommend you do a complete reinstallation (not just a Steam file verification) of the game before installing this mod to ensure there are no components from other mods left behind, which typically cause problems.
- If you insist on installing other mods alongside this mod, please ensure that you install this mod last to avoid conflicts

AI:
- Removed braking early as a mistake event
- Slowed down the safety car, allowing all AI cars to catch up to the queue
- Lowered the gap between cars when the Safety Car is on it’s in-lap
- Lowered AI speed by 1.0% – 1.5% in wet weather
- Reduced AI aggressiveness when overtaking, resulting in less rear ending

loose_parts_settings.xml:
- Increased damage sensitivity for Player and AI to a more realistic, yet manageable level

Database:
- Created a revised tyre wear model which gives more individualized tyre wear per track and fixes issues where tyre wear was too excessive at some tracks (e.g. China, Hungary) making suggesting pit stop strategies unattainable. Most tracks will also have realistic suggested pit stop strategies
- Various adjustments to individual driver performance
- Adjusted tyre compounds for Texas and Brazil as per the October 10th Pirelli press release
- Slight increase to fuel usage per lap at Hungary
- Various adjustments to tyre wear rates per team as some teams were gaining huge advantages at some tracks (namely tracks where the Medium and Hard compounds are used)
- Adjusted driver & team performance so that fewer cars get lapped over the course of a race
- Scaled pitstop times per team more appropriately so there wasn't such a large variation
- Lowered penalty system sensitivity towards collisions
- Added 99 flashbacks
- Huge thanks to Petar Tasev for updating the database editor!

Young Driver’s Test:
- Made top 7 teams available after the Young Driver’s Test. I tried making all of them available, but having more than 7 caused issues. The teams I've made available are:
o Red Bull
o Ferrari
o Mercedes
o Lotus
o McLaren
o Force India
o Sauber
- You must complete day 1 of the YDT in order to unlock top teams

If you've made it this far, thank you for actually reading! Please feel free to leave constructive feedback or suggestions by posting on the discussion page, "Like" the mod, or leave a review by clicking the stars on the right-hand side of this page...or do all three!
Reactions: Frozen mamba, Mr Piggy, DedAs and 24 others

Have had little experience with the mod but the flashback function has completely locked me out of any flashbacks which is annoying
Upvote 0 Downvote
Someone could help me please, when I install the mod my flashbacks does not work and I do not know what is happening because I install the mod as it was recommended.

The race was absolutely awesome, some real wheel to wheel action saw me go trough the pack to finish 8th, after both Ferraris had some trouble.

Recommended 100%. This is a must have for everyone on PC.
Upvote 0 Downvote
great mod, but needs another option for Unlock career start teams.. Some people like to race from back of grid.. 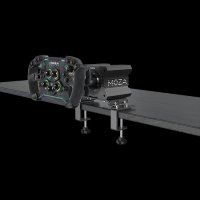