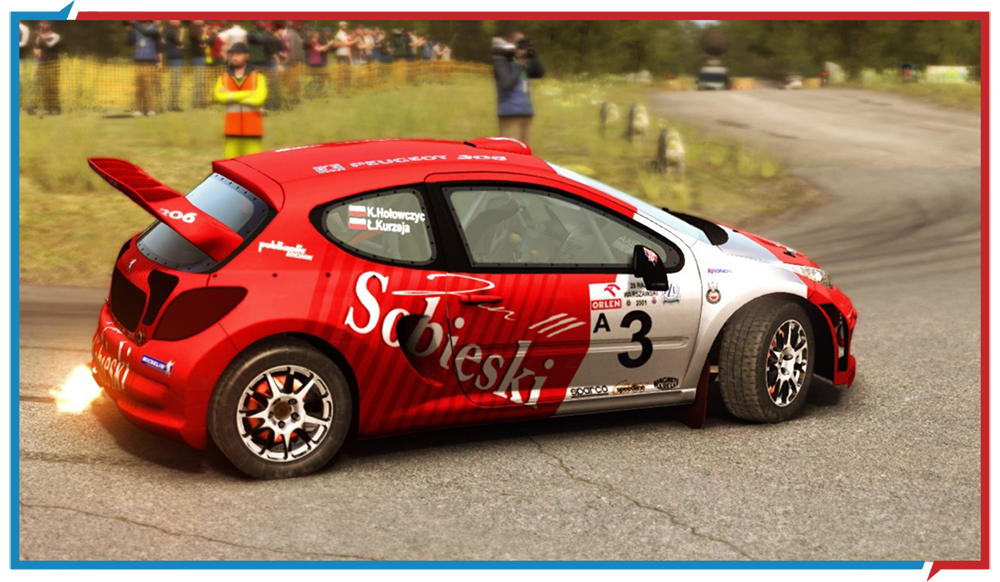 Since there is no a proper car in DiRT Rally to use it for, I decided to choose one of the models from D3 Complete Edition. Of course it should be a Peugeot 206 WRC, but the 207's looks almost identical and the livery looks brilliant. This is one of the most recognizable liveries from World Rally Championship. I tried to do my best, to make the livery as best as I could. And I hope you will like it.

Please keep in mind, that this is a Rallycross 3D model, so some parts are simple broken or don't work properly (e.g. spinning brake discs, wrong driver position and animations). Probably it can be fixed, but I don't know how and/or I don't have time to do this. You can regard this livery simply as a curiostity(?). So if you want to leave some stars, please consider to rate only a livery itself.​
Reactions: Wieloimienny and Cyberpunk

it's great fun to drive it !

Goozys
I'm glad you like it.
And thank you very much for another outstanding screenshot.
Upvote 0 Downvote
Read more…