:dance2:how mny people actually think lewis hamilton deerved to win the f1 title im no less british than the next one but i think hedrove on the last race too conservatavely and nearly slipped up wether timo glock slowed down or was struggling i dont think you deserve to win a championship from 5th

Hamilton got 98 points, Massa only 97, so he deserved the championship.

PS; I think there are enough threads in the F1 subforum to ask this :wink2:

Personally I think he deserves it. I am not a fan of the guy. But at the end of the day Glock was slow and he got past. It was upsetting for me to watch being a die hard ferarri fan (always have been) and a Massa fan.

However, he won by being more consistent. If Massa had been a little more consistent and not missed out in Australia, Malaysia, Britain, Singapore and Hungary. You have to say the championship was his.

Looking back to Silverstone though. In my opinion Hamilton showed he deserved to win the championship there solely by blowing everyone else away.

Anyhow like Sander said probably a long dragged out topic this one. Still worth a chat though, never gets old to me

I didn't want him to win (come on, I'm both Spanish and Asturian like Alonso, no way I can like the guy :laugh2 but even with a great car you have to win being that young and with a lot of pressure from media, your country, the F1 home, willing for a local champion for years.

I'm also Ferrari fan since I started to watch F1 on late 80's (in fact regularly on early 90's) so you can imagine how disappointed I was... but he won, and he was the best driver/machine couple on track, and that's what motorsports are about.

Like nor dislike, but ITV was getting a bit much with the LH show, I'm a fan of the sport. ie.. all teams & drivers.. 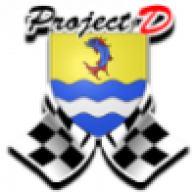 Remember the number of point which Ferrari lost with her new "lollipop", Ferrari has not deserve it to win the driver's championship. Poor Massa he has not been helped.

Not been helped? He got handed points by the FIA on a few occasions while Lewis had them taken off him.

Anyway this has been discussed to death allready on here, no point going through all this again ( lock thread pls! )

Damian Dainhumain said:
Not been helped? He got handed points by the FIA on a few occasions while Lewis had them taken off him.
Click to expand...

Not for that, i say just for his team with this new lollipop. It's a incredible mistake for a team like Ferrari (cost a piece of point). 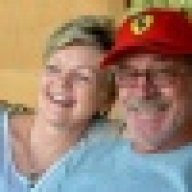 As much as i too don't like LH very much, he made just enough points to win the title, and that makes him a champion. 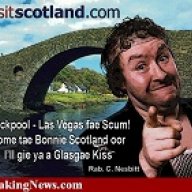 Don't think he deserved it, Massa did what he needed to do at Brazil but Hamilton had to get help from Glock. 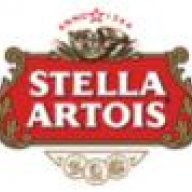 I think he did deserve it due to the stupid loss in 2007, he is a great driver but he has that typical british trate of falling at the last hurdle.

Massa did amazing tho, roll on next year with the new cars.
L

Hamilton fully deserved it more than any other driver out there.

Not to take anything away from Lewis...Hamilton that is, he is definately a great racing driver at such a young age. My only concern however, is he going to be able to self manage his attitude and not fall prey of a swollen head, as he already has displayed last season. Hopefully he improves that too.

I was relieved that he didn't get the BBC sports personality award. Not that I thought he didn't deserve it. But he wasn't perfect throughout the year and made a lot of mistakes on his way to the title. Plus on the whole I felt that it would be unfair to overlook all the olympic achievments we had. Was pleased Chris Hoy got it after his and the cycling teams hard work.
R

I think he did after missing out last time, he went straight into F1 and outperforms his team mate(s), so i think he deserves it. 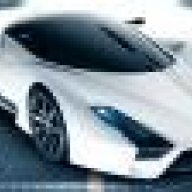 does Lewis deserve an MBE? I have had many a heated debate with my colleague about this.

Continue the thread in the link.

Otherwhise whe will have more Lewis threads than members.

So... did he deserve an MBE then guys?
A

MBE... some crap given out by the queen which most people have no idea what it means... except mebbe it's not the one where you get to call yourself SIR or DAME or WHATEVER.... basically, an award for winning a title in sport... the whole thing is just a big laugh...

i got an MBE for successfully parking my car in the car park this morning, btw....

Andrew Evans said:
MBE... some crap given out by the queen which most people have no idea what it means... except mebbe it's not the one where you get to call yourself SIR or DAME or WHATEVER.... basically, an award for winning a title in sport... the whole thing is just a big laugh...

i got an MBE for successfully parking my car in the car park this morning, btw....
Click to expand...

LOL @ getting MBE for parking.