Does anyone know any information about Complex, Parent, or Child Objects as it relates to xPacker?

I haven't been able to find any posts, tutorials, procedures, or walk-throughs about creating them (other than that they are for experts..... sort of a Catch 22 there.... and that if one is curious, they should take apart the default xpack).

The goal is to use the xPacker to create some sort of thing which comprises two separate objects that can be saved in an xpack.... placed, moved etc.. as a single object, but where one of the objects casts a shadow, and the other does not.

I have tried creating a (vertexless) 'complex' object' in xPacker whose children are the two objects.... this does not seem to work. Also tried having one of the objects be a normal object, with the other as it's child, but while I can see both objects just fine in BTB, once it is exported to rF the child object is no longer vissible (even though it's birth chance was set to 100%).

If I create a 3dSimEd scene with both the objects, then save it as a single 3ds file, I can get it entered into xPacker ok, and even exported to rF ok, but then any shadow casting settings in the scn file cause both objects to cast shaddows...... (not what I want).

Any help, tutorials, links to other forums/posts or ideas would be greatly appreciated... 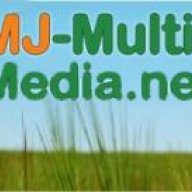 Same question here!. i don't find nothing about it!..

How about it beta testers..(or anyone else)..... ever created a working complex object?

To create a Complex object you need to add the objects as standard objects first, then set all your parameters for those objects.
Then you select Add complex object and give it a name then add the objects you want in it, don't alter any parameters after you add the objects just save it.
Should work then, if you have problems with the shadow settings you may need to edit the .scn file to get the desired result.
S

I'll give that a try this afternoon. To be more specific, I want animated flags (on simple quads) on top of some buildings, as a complex object. If the flags cast shadows, the shadow is unfortunately the entire square texture, not just the alpha'ed out flag part of the the animation.