Well, I just got Win7 (used to have XP) set up on my computer. I did get a new hard drive which (obviously) is the C drive, and I'm using the old hard drive as a slave being E and F drives (originally C and D). So now my original full install, and the numerous lite installs are on the F drive, having previously been known as D. When I tried to run the game without any re-installing it didn't work. Then something strange happened. I re- installed the full install (on the F drive) and got rid of the one originally there. Game works. Then I tried copying mods from the original full install, so then nothing works. Tried installing a lite version. It worked. So I tried copying a mod from the old lite install into that. No go. But when installing a lite and putting in a mod never before used it is good. So the question now is; how do I get the mods from earlier days to work now? Are there any files I need to edit? A file I can't copy into the current set- up? Anyone who went from XP to Win7 who can enlighten me? I trust you don't have to re- install every mod again, as I have edited a lot of files which would then have to be re- done again. 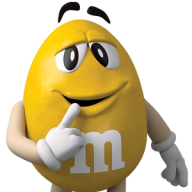 The Windows UAC protection blocks it, you have to install either in the Documents folder, or the desktop.
T

Hmmm. Never heard of this UAC protection before. Just googled it and found this.
https://www.howtogeek.com/howto/win...nt-control-uac-the-easy-way-on-windows-vista/

Any chance of turning it off will sort it out? My C drive is not big enough to hold all the contents I'm afraid.

In case people find this thread at a later date, here is my solution. Did try turning UAC off, and rFactor works like a charm. Mind you, my game computer is not connected to the internet so there isn't that much danger in turning it off. I do virus searches (multiple) on every mod/ track etc. on my daily PC before moving them to the gaming station. But at least, if anyone wonders this way will allow Win7 to run the old XP game.