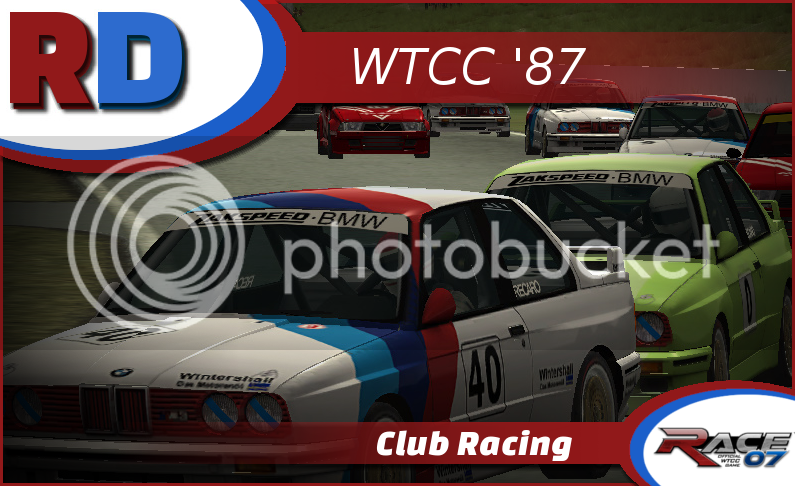 I drove this "track" on a friends machine after finishing careers in open wheel racing[Indy and F1] and when I built a new PC I got Race 07 and Evo so I could drive it. It would be easy to say I have over 1000 laps on the Green Hell, probable a lot more as I hit the Pub's for laps whenever I can. This and the Endurance version of Nurburgring will be the last races for Race 07 on RaceDepartment. It's been a fun six plus years for me as a driver and a good run as admin for more than two years picking car/track combo's that you liked, or not .

Usually my name is at the top of the list for most every event. I'm leaving that spot open to be filled on a day to day basis.

I will be moving on to GSCE where I'll probably be racing with track/car combo's that I like in the Euro events and helping @Tony Presutto as we open up North through South America to RaceDepartment's events with scheduled events. I hope to see some of you there!
Reactions: Mondyrocks and Gundars

I'm no fan of Nords, but sign me up anyways!
Reactions: Björn

Last one?
Go on then.

If anyone wants to continue casual midweek Race 07 races. I know somewhere that'll have you.

It is. Recent signup numbers have been really bad and many drivers have switched to the newer sims - apart from last Friday, we rarely hit more than 3-4 players.

I was short on free time and was planning to return to race in RD.. It's so sad..

I'm in Dennis! Going to buy premium in a hour or so.. I've to pay tribute to R07..
Reactions: Dennis Phelan and Andy_J

And the low amount of signs up, could been seen coming from miles away. Premium and running stock content = tool for failure. Even thou I haven't raced for, I don't know, 2-3 months? I still have come here every single day, to check if any interesting combo would show up. None of the proposed ideas like, possible any unofficial series, etc were delivered either.

Also, I am kinda disappointed that without any warnings you just decided to stop hosting, without possibly checking up with us, a part of your community, with a poll or something, the reason why we haven't signed up for the last months. I'm sure many have switched sim due to they just grew tired of no innovation. But I respect your decisions, and I had have a great time here.

I will still stick around on RD, for the casual posting here and there, but I guess my days as a Sim racer is over then. So in a way, what can be better than go into the jaws of death on Nordschleife and hoping for a glorious battle?

I'm in. Pity it's all over though. Thank you Dennis for your service here. Out of interest, what happened to the Irish father and son who always raced Race 07? The Blains?

I would have raced more if low aids were allowed. in the more powerful cars. Loved the radicals too.

We will be having a Mini Friday event!

The Blain's have been busy at their job. Reggie has already been active in other sims too. 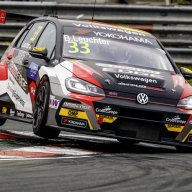 I'm going to have to sign out Dennis. Sorry. Hope you all have a great time at the Nord. 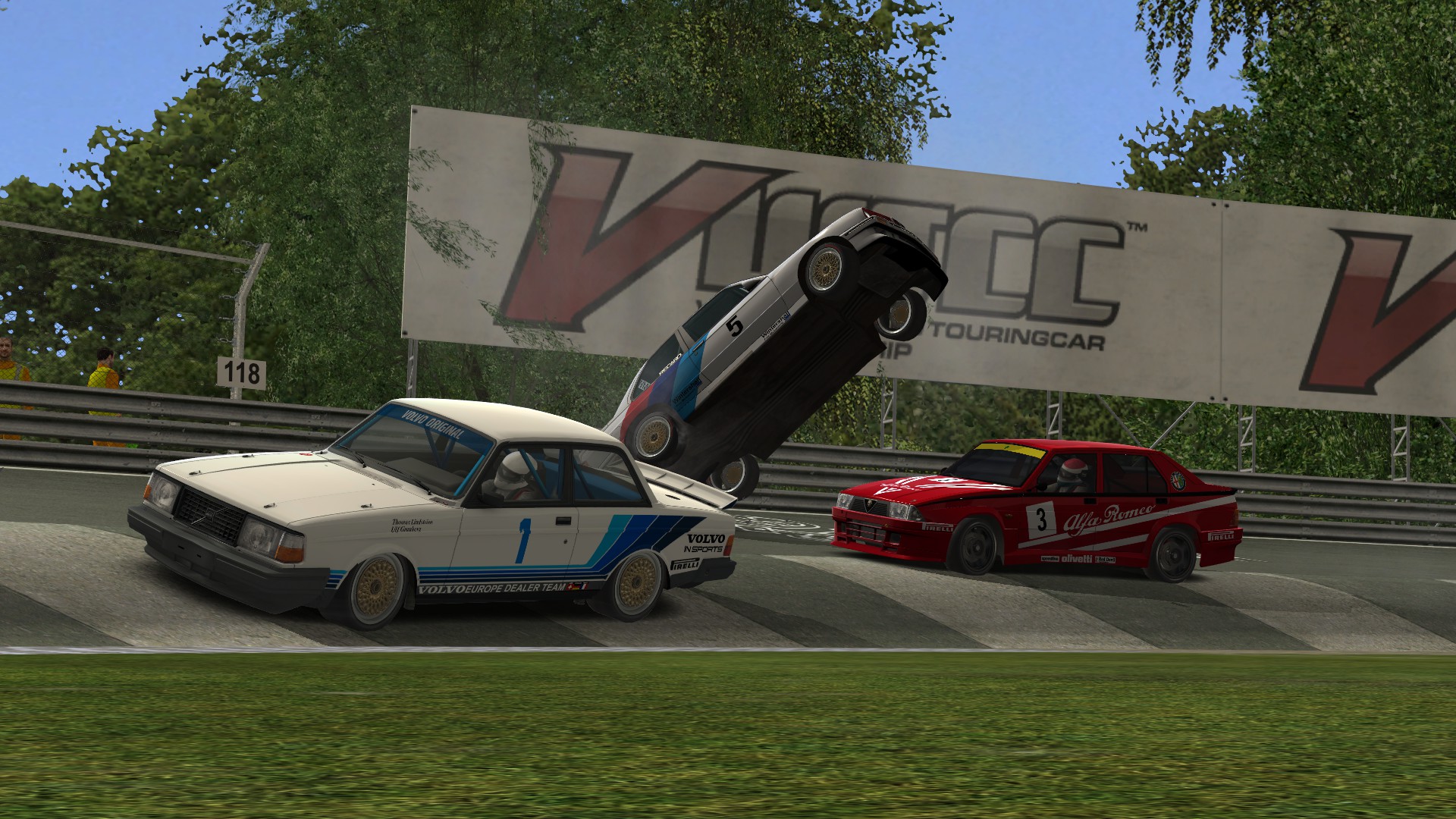 Well, that could had gone better. However, I knew I wasn't going to produce any good results.
These older WTCC cars are the ones that I have least experience with. I think I may have only raced with them 3-4 times since I joined RD back in 2010 and I have always picked the Alfa for that.
And the Alfa is pretty easy on the handling.

But, since this is likely going to be my last race with RD (unless R07 is still going to be used, which it seems, it wont), I wanted to try something new. Step out from the comfort zone and go up in flames!
So I picked the Volvo, and what a complete disaster. Every corner it felt like I was a part of a Tokyo Drift event, and therefore I had to fight the car constantly. I have to admit thou, it felt pretty good, taking a corner in full drift mode, but as a race car, I think Nordschleife might had been little to much for it to handle. I had a few spins, some caused by me, and some caused by others. But hey, it's racing! If you don't race like they do in BTCC, you're doing it wrong!

So, I guess, this is it then. I want to thank you @Dennis Phelan and @Björn for keeping R07 alive as long as possible. And thank you Björn for the creation of the skins. A part of me, can't really believe it's over and the same part of me wished it wasn't. In a way I feel responsible for R07 demise, but what to do, when you have more or less raced with it since it's release, and you start to look around for things, to keep your interest up, just to find that it's no go. You grow tired of it, and take a break, to return later, hoping for some change.

GTR2 is even older, but I still play that game every single day, due to mods. I will do the same with R07. It's due to modding and that keeps a game alive. Even if it's being considered officially dead.
Games like Oblivion, Fallout and early 2000 games still alive and kicking today.

Anyway, we might see each other in other games. Who knows. So again, thank you and a big thank you goes also to all who has raced with us through at the years.
Reactions: Andy_J, Arunas, Nelson Ullinskey and 2 others

I'm just going to leave this here...
(as it turns out, I can't add more than one video, so watch out for the next post!)

Picking the Volvo for the first time, I enjoyed a brilliant battle with Arunas in Race #1, topping it off with a classic touring car move, hopefully that paint exchange was still within the limits?

race #2, on the contrary, featured a brief moment beyond limits going into the carousel, sending Alex up in the air (sorry!) - followed by a hunt through the field and another nice battle to the line with Arunas!

Thanks for the brilliant racing, everyone!
Reactions: Arunas, Dennis Phelan, ajokay and 2 others

I managed to get round in both races, although not on the pace at all. Although I have experience driving round here, I've never driven the E30 and didn't have time to set the car up prior to the race, meaning I wasn't happy with the car going into the races.

I think some of my braking points surprised some of you at times (sorry to Nelson, Daniel and Alex in particular). Shame I couldn't be 5% quicker and a bit more confident on the braking and turn in points. I don't think I trashed anyone's race, but sorry if I did.

That was a good crowd and some close racing through the entire grid!
Thanks to all that came.

A couple of small tweaks to my car to update it and I was good to go, not perfect but much better than Daniel's Volvo!

Race1:I've been doing left foot braking for a bit as it seems GSCE[SCE as it's now refered to in RD] needs its use. This got me a SnG at the launch. I was at least lucky enough to stay with the lead all the way to pit in so only lost two places. I caught Alex at Aremberg and he left me room on the inside and I tried to quickly get out of his way. The rest of my race was a fun clear track .

R2: A much better start, looks like Bjorn and I sandwiched Kevin at T1 but it didn't look like a problem[?]. Contact with Alex at the Flugplatz had me run in the grass until he could get back ahead, so a couple of places lost and now in the thick of it. Alex takes a tumble in the Karusel and I squeeze "underneath" Alex . Daniel is losing ground and make it past on the straight only to be in the barriers at Pit In. Not much time lost and back to catch Daniel, I do, I do and I tag him in the right hander to the Karusel, Arunas slips by. Rat's to me for hitting Daniel but I close on Arunas just as Daniel goes to the grass in the fast Pflansgarten section. Aarunas hits the grass after the mini Karusel but soon drafts past me to the end of the long straight . He's soon moved out of sight and the last lap becomes a lonely fight to stay off the barriers.