Great track Yves!!!! and I love the new flyer again!!

The server is up 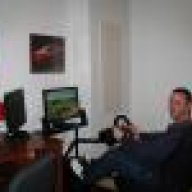 Still at work at that time. So have to let this one go. 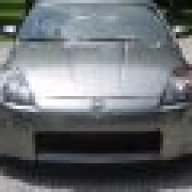 I think I can make this, sign me up as a probable.

I would love to join as I like these cars the best, but it's just not in the right time for me! (1:00AM)
Maybe I can get up and join but it's absolutely not sure, so sign me up only as a reserve.

Im exhausted but am gonna try and make this race. If I do not it is because I have passed out in an akward position either on my couch or in my computer chair. 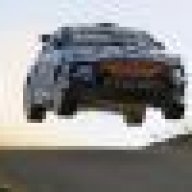 You're a busy man, Keith!

Well I think I can't make this Just too much exhausted, and have school tomorrow at 8:00. I must sleep.

ok Ill go 2 nights in a row! of course I have no idea what this track is so we'll maybe race under an alias? Bobby Backmarker..........racing some stock skin also 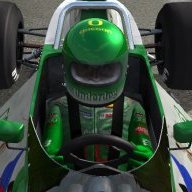 I'll be there for practice, but might have to leave before race. Don;t know yet

Damn 15 minutes before the event started the power went out and just came back now :quiet: hope you guy's had fun

Quite a boring race, only 5 drivers at start, crash in lap 1 so we lost 2 drivers then Bob had to leave i guess so from lap 3 to the end we just kept rolling Eric and i.
Hope to have another one next Thursday same time with a 10-15 drivers grid.
Thanks for the server.
By the way the session was not laggy at all.

Yeah a disappointing race. This track is a joy to run on - I love these flowing tracks. I didn't get a chance to practice and finally got comfortable by the end of practice, so I was excited for the race even though there were only 5 drivers. First lap started off well, we were all very close until we came to the start/finish line. I was in P4 trailing the rest of the guys when all of a sudden I saw Eric and Pierre shoot off to either side of the straight and Gregory's car was stopped dead in the middle of the straight. I tried to avoid him at the last second but ended up clipping him, ending my race with catastrophic damage on the first lap. Sorry guys, really thought we would be in for a good battle. Hopefully we get more people for the weekday races (other than Tuesday which is always strong) and can run this great track again soon.

Pierre Higgins said:
Quite a boring race, only 5 drivers at start, crash in lap 1 so we lost 2 drivers then Bob had to leave i guess so from lap 3 to the end we just kept rolling Eric and i.
Hope to have another one next Thursday same time with a 10-15 drivers grid.
Thanks for the server.
By the way the session was not laggy at all.
Click to expand...

Pierre I wanted to make this race, and usually will make thursday events. Just last night was completely beat.

Thursday events will gain some momentum.

Davey: Davey Donuts here with you folks for a quick recap of the US world motor racing league's latest event. This club is apparently open to anyone who loves motor racing. But you have to be wealthy and upwardly mobile to participate! Yesterdays action was in Istanbul Turkey and today we report from MUGELLO GP in the Tuscan Hills of Italy.

MUgello is a world class motor racing circuit as evidenced by the presence of Formula 1 here. Our league competitors took to the track in various sedans for the practice qualifying sessions. The early sessions saw some interesting action for sure. To expand on this race day we brought in a guest analyst and series driver Eric Nelson. Welcome Eric how did it go ut there today?

Eric: Thanks Davey great to be up here in the booth with you. You know this is a fun series and the other drivers really are great guys to race with day to day. The usual suspects made an appearance in their 07 WTCC cars. Gerard Degreef ( last second entry again)was in his Seat, Corey T and Bob Lunacy:rotfl: in their Accords, Pierre Higgins in his Chevy lacetti. I chose to start in the Bimmer but was appallingly slow in it and went to the trailer during the qualifying session to my ever so sexy ALFA.

Man this car is not exactly cool but it is very drivable right out of the box! The team did their best to work out a blended setup for qualy and race. While Gerard took pole I managed to get my car into P4. we were 3 seconds quicker in this car vs. the bimmer!

So the grid for the race was in this order. POle was Gerard! then Pierre, Corey myself and BOB!

davey:So how did the race go from your vantage point in the back Eric?

Eric: Well Davey the start was exceptional for everyone. From Gerard to Bob was only about a 2 second differential and looking like it would be a really great race. Then again it was 20 laps and almost 47 minutes long so alot had yet to happen. Well happen it did and tha was the beginning of lap 2. on the main straight gerards car suddenly appeared stopped inthe middle of the track! I freaked and hoped he was a ghost by the time I got there and in fact passed through him like a Taco Bell Burrito without the stink and Drama!

But it was not the same for Corey T. He got to Gerards car at terminal velocity and was instantly destroyed and DNF'd. What I can't figure out is how I went through him before Corey but he wrecked and I didn't? I guess those visits to Church on Sunday paid off then!:rotfl:

Bob managed to get through ok but then drove off the track a bit at T1 and never recovered pace to pierrre or myself adn eventually retired the car. So this left Pierre and me out there all alone seperated by 2-3 seconds for a bit before he left the track into the gravel trap in the trciky 4th gear left right esses and I assumed the lead. I promptly gave back much of my lead by going off track in the same lap in the big hairpin before the main straight. :hug-left: From then on Pierre drove very hard and managed to catch me on the main straight on lap 5. He got a good run on me out of the hairpin and I lifetd a bit to let him be clear into T1 and I get online from where I was. Well we both drove off the track together 1 car length apart and resumed the battle from there!

Davey: all this drama unfolding and you still have more than 30 minutes of racing to go! WOW I can hardly contain myself Eric!

Eric: I can see your not easily entertained Davey..........:sinister: We marched along for most of lap 6 within 5-7 car lengths. I noticed Pierre was very twitchy and a bit untidy during this lap whihc told me he was really pushing to get a bigger lead or the setup was not super comfortable for a 20 lapper and he went off in the big hairpin befroe the main straight. I assumed the lead from there.

ON lap 8 He left the track again giving me a good lead. I knew now he was really working pretty hard to keep pace while I had been able to turn some pretty stable laps and maintain position. this would be prophetic later. we were still turning laps in the low 3's at this point w/ 10 laps on the tires and full race distance of fuel in the tank.

Around lap 13 we got the cal lfrom the pits that my tires were worn. Soo much for that no stop strategy! But I have poition on Pierre and he had gone for the no stop strategy I had found out from a pre race chat we had while eyeing the race groupies!:in-love: I could wait him out and see if he would pit or not.

Davey: Groupie Eric? um this is a family show ya know.

Eric: Sure thing davey but it's cable my man so we are a bit more liberal here? anyhow we both leave the track in the big hairpin again on L14 and the tires are really getting bad! ON L17 Pierre left the track again and that sealed it up. I had to just keep t onthe track the rest of the way and bring home the win.

Davey: Well Eric it sounds like it was a pretty good race despite the smaller field size!

Eric: It was actually a great race! That guy from canada can really put down a blistering lap when he needs to! Probably greaduated from that Yves Larose Motor racing academy held at the indoor kart track in quebec City! Team Mid Pack was happy to be here and feel that we are getting our house in order now. We always appreciate RACE DEPARTMENT USA putting these events together and wil continue to support the series when we can!

And BTW Davey have you seen Bonnie? I was hoping we could:kiss2:

Davey ( interupts eric) I think she mentioned something about an international restraining order or something like that.:wink2:

and that concludes another installment of our show! Until next time, may all your laps be quick and you aren't the apple of Eric's eye!