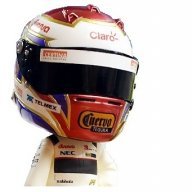 i have Race on, actually i have just bought it don't know about the game STCC, sorry
I

Probably not because Karlskoga is a STCC track so if you dont have it on installed on your pc it will say "incompatible game versions"
Thought Race included STCC the game so check if you maybe didnt installed it. 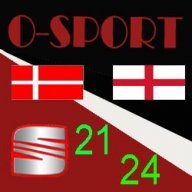 hej sorry to be unpatient, but can i join

At first, i only had Race07. Then using steam store, also purchased the game Race on. Then what you say is know i have to buy the game STCC, right ? This is not fair ) 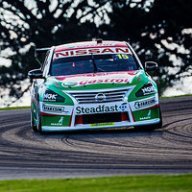 Jonas there is space so I guess you can join
I

Murat Erdogdu said:
At first, i only had Race07. Then using steam store, also purchased the game Race on. Then what you say is know i have to buy the game STCC, right ? This is not fair )
Click to expand...

Dont know whats fair. But like i said when you buy Race on you also get STCC the game but you still need to install it next to Race on.

It is sold as "Race on Bundle" which includes "Race 07", "STCC", and "Race on" on the store page of steam. But i have bought only the Race on. Now i'm trying to purchase the "Race on Bundle" . Thank you guys

Don't like Karlskoga to be honest but I thought I'd do this event as I haven't raced for a while. Definately don't like it now. Here's my race report... 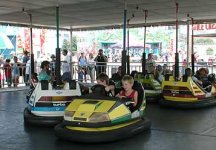 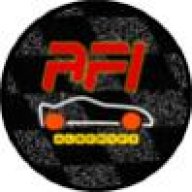 Qual - I can't believe I crashed the car on the last corner, I thought the game was over after doing that. Set no time which put me 17th and last in the grid.

Race 1 - Made a very cautious 1st lap and was only 16th at the end of it and was having to attack and defend until lap 7 when I thought I may as well pit as it won't put me behind another car, just clear track. After the pit stop I just pushed like mad while I was in the clear and when I ended up 3rd after everyone had done the stops I had to wipe my eyes, I didn't think I would get that high up the field. I had Morten for company and was really struggling to hold him back as I had done some laps on the tyres. I was determined to try and keep him behind me but when Reggie ran wide (Unlucky, at a bad corner as well!) I was gifted 2nd place, I let Morten through, would've been nice to have 2nd but anywhere on the podium would make me happy Finishing 3rd from 17th is the best I've ever done in any race or league

Race 2 - Again kept it clean on the 1st lap, managed to bravely run the outside of a few corners and after a few laps I was in 3rd place. Had a great fight with Mark, sorry mate for race at Brands, at least this time I kept it organised. Managed to slip past into 2nd and chased after Erling who was matching me lap for lap so I thought the only way I can catch him is in the stops. With me starting near the front I was going to go to lap 9 or 10 before my stop but at lap 6 I realised I had a gap I could slot back into if I pitted early so again I pitted on lap 7 and came back out into a clear track. Pushed like mad again and this time it paid off, even with a scare from a sideways TDI which did just clip my car. After all the stops I was around 8 secs in the lead. I decided not to push as hard then as I tend to keep pushing and eventually spin off track. With 2 laps to go I had 6 sec lead and backed off completely as I did not want to throw my 1st win at RD away. Very nearly ran wide on the last lap but kept it going and when I crossed the line................!!!!

Congrats podium in race 1 and 2.

Nice 2nd in race 2 Erling, nice to see you not get attacked early on 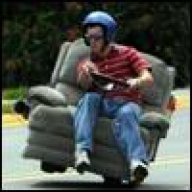 Race 1: I had an ok start but Swiderski in his bmw blew past me down to the first corner and I dropped down to about 4th, I think, I couldn't get past Swiderski as he drove a bit side ways into some of the corners, so I waited to pas him when he took his pit stop, but then there was another car in front of me but couldn't quite get past as my tires were starting to go down so I waited again for him to pit, but when I thort I finely couldn't do my own lap times my tires was to worn and I only got 2 laps In front before I pitted, came out from the pits just as Kenny came flying by and followed him until he let me pas, (We should have raced to the line Kenny ) I then tried to catch Swiderski In front but he was to far away, and I ended up in 2nd.

Race 2: Started 7th and again took it easy in the first corners and kept 7th place, a couple of laps in I just bumped Gardner, and waited for him to gain control again, I was hit from behind and went of the track, rejoined in the back end, and had to fight my way back up the field, took my pit stop a bit earlier than race 1 and ended up in a good place at the finish I already forgot:ups:

Had 2 great races hope to cya next time:woot:

A nice race for me too.
My first second place in RD....

In race 1 i startet in 5 and hold this this positins the first laps. Even when cars behind thried to pass.
One driver was all off track and his rejoining was not in the books, please wait for the correct moment to rejoin.
As we all was driving in a line, not a big gap between cars. I did pit in lap 7 and hoping for same faster laps then the rest.
Did change all for tires . Which i knew all top runners didnt do. Pittet at the same times as Kenny Press and i saw that i did only 2 wheels. I knew i had to lower my lap times in order to gain a position during pit.
When all other had done the pit stop i was 5 which i hold to finish

Race 2 i was lucky to escape from the littel give & take and in turn 5, where NR1 and 2 whent wide i was first.
Kenny you VERY lucky to escape from the kamikaze brake move into turn 8. Where a Honda hits a BMW which made K Press go from 5 to 3 place. As i changed 4 tires and K Press only changed 2 in race 1. i knew i had to drive more then fast, in order to win.
the table was turned to him , which he took good care off.

Grats mate, great driving and congrats to your first RD win. I know it will be more....