A big story today at the toboganning:


The death of a luge competitor who left the track at high speed has cast a shadow over the Winter Olympics in Canada ahead of the opening ceremony.

Georgian Nodar Kumaritashvili's sled flipped and he smashed into a steel pole at the Whistler Sliding Centre.
An Olympic official later confirmed the 21-year-old had died as a result.
Training was immediately suspended after the accident, which happened just hours before the ceremony to open the 21st Winter Games in Vancouver.
Kumaritashvili's sled struck the inside of the track's last turn during his sixth and final training run, sending his body into the air and over a concrete wall.
His sled remained on the track, and the visor from his helmet appeared to continue down the ice.

Medical staff at the track and doctors at a local hospital tried to resuscitate Kumaritashvili, part of a seven-strong Georgian team, but the country's Olympic delegation later confirmed he had died as a result of his injuries.
"We are all in deep shock, we don't know what to do. We don't know whether to take part in the opening ceremony or even the Olympic Games themselves," said delegation head Irakly Japaridze.
"This tragedy casts a shadow over these Games," said International Olympic Committee (IOC) president Jacques Rogge, while International Luge Federation chief Josef Fendt said the incident was "the gravest thing that can happen in sport".
The IOC confirmed an investigation had been launched and technical officials were trying to establish the cause of the crash.
BBC Sport's Colin Bryce, a former British bobsleigh competitor, said Kumaritashvili was "clearly nervous going down the final run - you could see his head sticking up."

Bryce added: "He was very scared going down the fast corners.
"It's up to the organisers whether there is such a small percentage chance of that happening again that we continue with the race, or whether we stop."
BBC Sport understands organisers currently expect the Olympic luge competition, scheduled to begin on Saturday, to continue after team leaders met and agreed not to abandon it.
But top IOC officials are heading to Whistler and may reverse that decision.
The track at Whistler, which is shared by the sports of luge, skeleton and bobsleigh, already has a reputation as one of the fastest - and most dangerous - in the world.
In the build-up to the Games several teams had raised concerns about the safety of athletes, who regularly exceed 90mph as they compete, though Kumaritashvili crashed at a corner which had not been previously identified as a danger area.

i just saw that crash and omg i have a bad feeling now in my stomach. why werent there any safetynets or a higher barrier RIP nodar i hope they will look at this situation.

Just saw it at CNN. Bad news for the organizers indeed. RIP
R

Just seen it and how the exit of a fast bend was not an area for concern I have no idea. Very bad neglect from the organisers. Is it so hard to have protective barriers? Instead of steel poles?

Shocking, motorsport learned this years ago.

i agree with ryan, this was something they could have avoided imo. but a sadd loss what should be a time of joy for those people

Germany missed that medal by a margin Gratz Slovakai
G


Yeah I know it's a football song, but imo it also fits for all other sports.

Now lets try to get some more medals home!!!
G

Until now one of the worst Winter games ever..

Bad ice in the skating hall
Bad snow outside
Bad way of cleaning the ice, (too few times they use the Zamboni)
And well, also the luge track which wasn't safe.

I've followed their preparation and it looks very promising, but still I can't stop thinking of this: 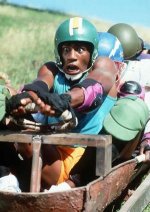 I love that film 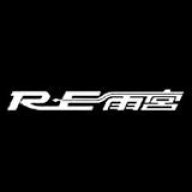 yeah, that movie is awesome i love it.

It is not very hot at the moment but still, Martina Sáblíková, we love you!
[video]http://www.stream.cz/object/433106-martina-sablikova-zoh-vancouver-2010-3000m-zlata-medaile[/video]
(for guys who don't speak czech, first minute is replay from her last race (errr I don't know better word) of 3000m event)

yes speed skating.. i have not large vocabulary about sports but i'm glad that you recognize it