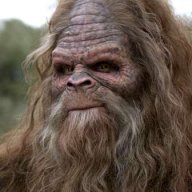 I' m probably wasting my time, but thought I'd try anyway. About a month ago, My NR-2003 & GTR2 games stopped working. I " Think " it was after a Windows Update was installed/ Not sure. I googled for a fix & found this video : I tried it & didn't work. Some people said it worked for them. It's to make your sign in account on the PC, has FULL administrator rights to stop the error. I tried to load a jpg picture, but it says file to large? When I click on any of the NR 2003 desk top icons Or GTR2 & P & G a Windows message come up. If you watch the video on YouTube, you'll see what I mean. " Windows cannot access the specified device, path or file. You may not have the appropriate permissions to access the item " That's the message I get. So far it's only doing it in GTR2 & NR 2003/ All my other games so far are ok. I updated the Nvidia drivers & all My icons are set to Windows 7 compatibility & Run as administrator.Don't know what else to try. I did exactly what it said in the video about 6 times. but when I try to change the account to administrator instead of standard user, the Change Account Type block is grayed out. Reading the comments below the video, some said it worked, some said it was grayed out like mine. Anyone else have this problem?? Tried to rool back to an earlier date, but there was no earlier date there before the errors started. Guess I'll wind up taking it to the PC shop. Thanks anyway!!!!!!!!!!!!!

Set admin and and compatibly settings to the .EXE's not icons

Easy trick with W7 is when you install it make the owner and user names the same.
Then all programs all games will use the same ....but you still need to set the EXEs no matter

Thank You Durge Driven. I had found something similar to what you said to do in another google search. I did a few games, doing the exe files Besides the icons. I'm also on Windows 7 SP1. Also I have the owner & user names the same. I did get 1 install, ( I have 4 nr2003 installs, because of the mod & track limit), NR 2003 to load, but when I clicked on DRIVE, it kicked me back to desk top. Tried P & G game, It tries to load, watching it in Task Manager, but then stops loading & disappears from Task Manager. The other 3 nr 2003 installs, still give me the error notice. Tried GTR2, it loads, NO error from the Icon, but after awhile, they stop loading & disappear from Task Manager. I guess I'm screwed. Sorry about the link for the dodgy fix, thought it sounded legit.

Sorry fix was not dodgy just making a general statement

Seems like it is OS as 2 sims affected ........mmmm ....did you try reinstall of VC Basic and DirectX
Usually if it is those they throw up a dll error beforehand but sometimes they don't

Don't have a spare HDD, bought this pc in July of 2010, Alienware Aurora, ran good all these years Last winter, was having strange things happening with start up, took it over to our local Best Buy, they checked it out. Said W7 was corrupted, had them put a new C drive in & everything was back to
normal, until before Xmas when this error started. I have a contract with them, every time I had it over there for something, they always did a good job. No complaints with them. But it has 4hard drives in, the main drive. C drive, has no games on it, just W7 & other normal W stuff. A drive, which I put in. Has all my older games, then a E drive. Which has all my Steam games on it. B drive, I have pics & other stuff. I'm retired, so no money for a new PC, but I also have an external hard drive. Which I have some older games backed up on. Maybe today, I'll plug the xternal in & try some of the games on it, see if they run from there, I doubt they will. I'm not that bright with pc's, learn new stuff all the time. When I bought this pc. Just wanted something to play Sim games on, with decent fps. My Grand son who built his own PC, said their ok, but over priced. He mentioned a few better pc's that are better. I did manage to find out what direct x is installed, it's Direct X 11. Never heard of VC Basic, LOL. What's that?? What's strange is, all my other games work, RF1, Rf2, AMS, GSCE, PCars. PCars2 , RaceRoom, AC, ACC, Wreckfest, & GTL works. Why they all work & not GTR2 , P& G, & NR2003, is strange. GTL is a Sim bin game & it works fine. Love GTR2, played it a lot, probably more than most. Will miss not playing them. But not playing any of the games like I used to, maybe once a week. Having a lot of health problems in old age, so not gonna get to bent out of shape over it. Soon as I hit the lottery, LOL, I'll buy a new PC, LOL. Thanks for trying to help with these games & problems. Guess I'll start playing more RF2, closet thing to GTR2,.Great game & it works, LOL. Again, Thank You for trying to help with this. Maybe I should buy , PC's for Dummies, LOL.
Last edited: Jan 24, 2019

After reading the AMS forum about someone else having the same problems as me, only AMS & RaceRoom, he corrected it by going back to some older video drivers. Maybe I'll try that. I " think " I did put new drivers in before these problems started. Worth a try !!!!
You must log in or register to reply here.
Share:
Facebook Twitter Reddit Pinterest Tumblr WhatsApp telegram Email Link
8 comments
Fanatec and SRO Pioneer the Marriage of eSports and Real-World Racing
16 comments
ACC Custom Livery Workshop Live Stream With Boonatix
83 comments
DAKAR 21 | First Preview Images Revealed