quote: http://www.espnstar.com/motorsport/f1/news/detail/item310425/Whitmarsh:-Alonso-set-for-Ferrari/
Fernando Alonso is set to leave Renault for Ferrari, according to McLaren-Mercedes team boss Martin Whitmarsh.
There has been intense speculation in the world of F1 that Alonso which be joining the Prancing Horse sooner or later.
Now Whitmarsh said the double F1 world champion will move to the Italian giants in 2010 and it will spark a drivers merry-go-round.
Whitmarsh told the BBC: "I think we all know that the Fernando-Ferrari move has a knock-on effect that ripples through the other teams."
But Ferrari have denied the reports, and a spokesman said: "He [Whitmarsh] can say what he wants, there is no 'Fernando-Ferrari move'. We have two drivers with a contract until the end of 2010. We are not under pressure to change anything."
Kimi Raikkonen has been widely tipped to leave Ferrari but Felipe Massa's accident in Hungary made Ferrari rethink their strategy 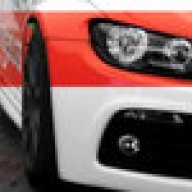 Wishful thinking for some and sparked by Spanish media of course. Saying the same thing over and over has got nothing to do with reality or truth. Räikkönen delivered yet again today at Valencia as the awsome driver he is.
B

indeed. He sat there on the interview and clearly you could read through the lines that he was on max with the car, and if it would had a bit more upgrade parts on it would be on top... He's just so calm you would think he's bored. But he's not...
You must log in or register to reply here.
Share:
Facebook Twitter Reddit Pinterest Tumblr WhatsApp telegram Email Link
24 comments
Competition Time | Guess the Track: Round One
7 comments
American Truck Sim | More Idaho Previews - Logging
42 comments
Automobilista 2 | Build 0.9.3.2 Hotfix Is Here
3 comments
RaceRoom Racing Experience | Hotfix Update Now Live
83 comments
RaceDepartment Partner With Barwell Motorsport | RD Skinning Competition