Which Tracks to buy for a D-license? 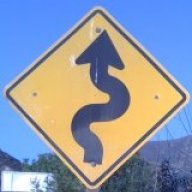 Just got my D-license and I've been doing the Grand Touring Cup so far. It's pretty enjoyable so far, I like the Multi-class aspect.

I'm relatively new and do not have much content, but I'm trying to know which tracks are always good to grab. I've checked the history of seasons and it seems like Spa and Watkins Glen are fairly popular. Are there other tracks that I should get that are used frequently? What about tracks that have been newly released but have also been used fairly frequently and many have bought into them so far, as that's harder for me to find out?

I realize I could just race Mazdas for a while, but I'm having fun branching out. While I could specifically go and look at the future schedules for all my eligible series in order to buy a track for one of them for each week, I'd rather buy tracks that are enjoyable and have a high-probability of being reused in future seasons and series.

Does anyone have any input other than Spa and Watkins Glen? Perhaps Daytona? AJCP? Road America? 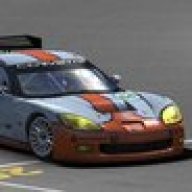 Definitely Spa and Watkins Glen. Road America is more often used around D-license, though Interlagos is pretty popular higher up as well. Daytona is rarely used outside World Sports Cars and the Mustang.

Which cars are you planning to race? My suggestion is to buy tracks you'll use soon, and we'll let you know if they're uncommon enough you'll want to choose something else.

Well I like the series that use a lot of free tracks each season. So seems like most of the D-class stuff. I'd like to be able to master the Skippy but I notice that the SRF has more (twice!) as many free tracks per season, so may lean that way instead.

I like the Grand Touring Cup a lot with the Multiclass. I'm not too fond of FWD cars usually but perhaps I'll grab the Mustang next season since I already like that Series? I wish I could try it out in a test session first though.