Peugeot will make its Le Mans 24 Hours return in 2022. The French manufacturer is a three-time winner of the classic endurance race, and will be looking to win many more as they offer a glimpse of their striking LMH prototype car.

Brand CEO, Jean Philippe shared a little about why the marque is going back to Le Mans, and it's reason for choosing the LMH category:


“Le Mans is the holy grail of the automobile world. It is the race who determines its winner. For us, this represents 3 victories but also the endless sweat, tears and joy and an incredible team spirit with TOTAL, with whom we celebrate this year, 25 years of collaboration.​
​
"The choice of the LMH category was dictated by several criteria, one being that of a certain aerodynamic freedom. This makes it possible to incorporate, with the support of PEUGEOT Design, the aesthetic detail of the brand."​

The yet to be named car is being developed at Peugeot's Paris office, with the project being overseen by its technical director, Olivier Jansonnie:


"To this date, we have confirmed part of the aerodynamic concept, the engine framework has been decided and we have chosen the functionality of the hybrid system and its fundamental design.​
​
"We still have several steps left before our debut in endurance in 2022, in studies, the production of prototypes and finally, affirmation on the bench and on the track."​ 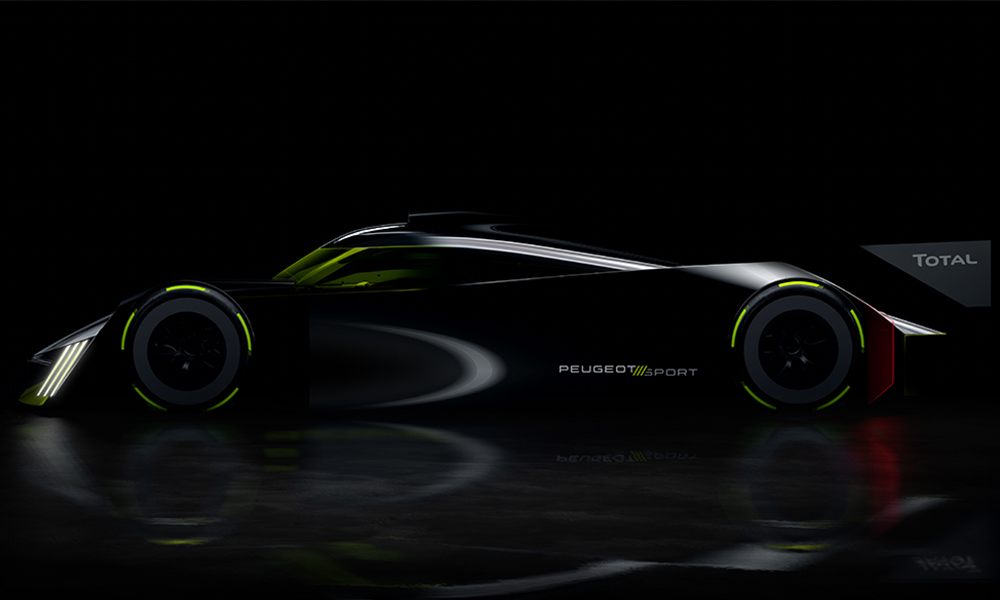 ​
The new LMH rules specify that cars must be equipped with "an electric motor and a maximum power of 200kW on the front axle." The current Balance of Performance rule will continue to be applied to keep the competition close. Jansonnie explained that while this "certainly sets limits", it still "allows room for many technical possibilities...specifically on the general shape." 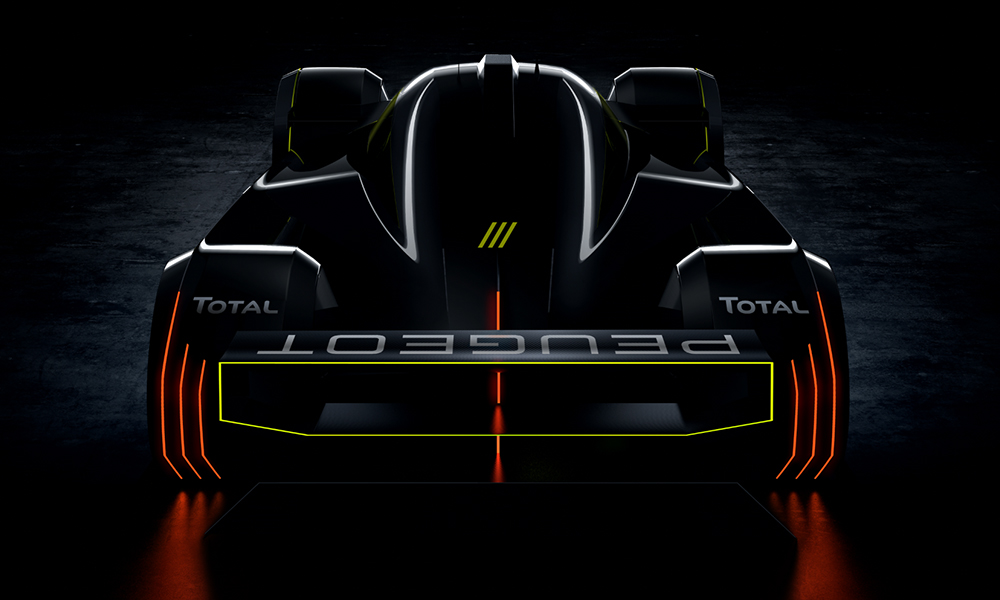 It remains unclear whether or not Peugeot will in fact field their car from the start of the season, or whether they will debut their LMH prototype later on in the year. Jean-Marc Finot, who is the boss of Peugeot motorsport explained that "because the car will be [homologated] for five years, we need to be sure of our design."

Let us know what you think of Peugeot and Total's Le Mans Hypercar prototype, which will feature in the 88th edition of the 24 Hours of Le mans. 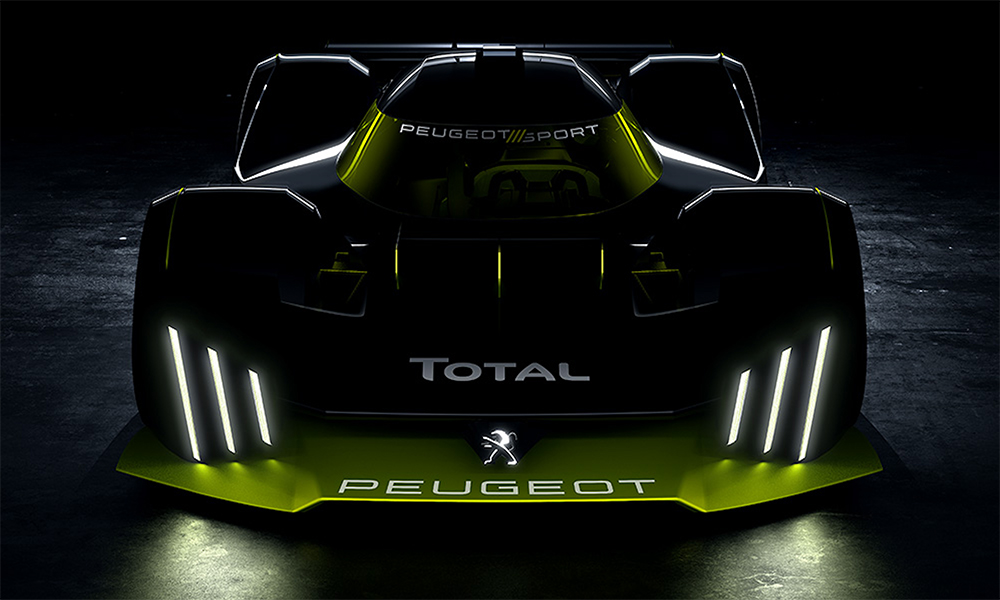 Unless there's a catch I'm not seeing, this is some really encouraging news. This was the promise of the hypercar spec: it was going to attract manufacturers, both new and lapsed. Having a Peugeot at LeMans seems like a pretty sweet deal to me.
P

Wow, glad to see them come back for the greatest race on earth. Hopefully we will see get some epic battles between these new Peugeots and the Toyotas along with the always awesome GTs
I may have missed it, but is Aston still building a hyper car for this? And anyone know if Audi are even slightly tempted to come back to the fray?
Last edited: Sep 19, 2020

Good news because last victory was more than 10 years ago, but 2 years from here will be long, so long to wait for this new serie which looks promising

Endurance racing needs more visibility and I hope it will with the new hypercars !!!

Aston Martin should be out for good too.

Very good article, Peugeot will have a lot to do but they are capable of it with such a vehicle, waiting for the final version !
R

Dead in the water. Hydrogen rules still on track for 2024, who's gonna bother with this? Peugeot promised to join in 2012 too & broke that even with a car in testing. Toyota have said they'll never do LMDh because they use endurance racing to develop their own hybrid tech.
Last edited: Sep 19, 2020
W

Nick Hill said:
Unless there's a catch I'm not seeing, this is some really encouraging news. This was the promise of the hypercar spec: it was going to attract manufacturers, both new and lapsed. Having a Peugeot at LeMans seems like a pretty sweet deal to me.
Click to expand...

Will Mazeo said:
The funny thing is that they are all prototypes in the end except for Glinckenhaus I think xD
I guess building a rulebook around BoP got their attention more than anything
Click to expand...

While both LMH and LMDh will have BoP, if BoP was the deciding factor for Peugeot, wouldn't they have chosen to do a LMDh car since it would be cheaper?

They chose to do a Hypercar because it allows them to express their technology more.
L

Aston Martin should be out for good too.
Click to expand...

It's looking like at least Porsche and maybe Audi potentially will be in LMDh at least.
M

LilBrick said:
While both LMH and LMDh will have BoP, if BoP was the deciding factor for Peugeot, wouldn't they have chosen to do a LMDh car since it would be cheaper?

They chose to do a Hypercar because it allows them to express their technology more.
Click to expand...

No. They said above the BoP allows for freedom on "general shape", they want a design that can identify the brand and they won't have to spend a ton of money making it possible thanks to BoP
Also technically you can buy a base P2 and build the rest on your own and call it a hypercar, the difference is that you'd get the more powerful hybrid option and save on crash test homologation
And the BoP is between both platforms + all cars in the grid so whatever you pick you'll be fine, again: thanks to BoP.
There is no way Peugeot would be back if current rules were kept with those high costs, if it was the case they wouldn't have left to begin with.
Last edited: Sep 20, 2020

Peugeot is going the hypercar route to develop batteries with his partner TOTAL, also they have a lot more freedom than with LMDh and LMH won't be insane expensive like LMP1 hybrid was.
You must log in or register to reply here.