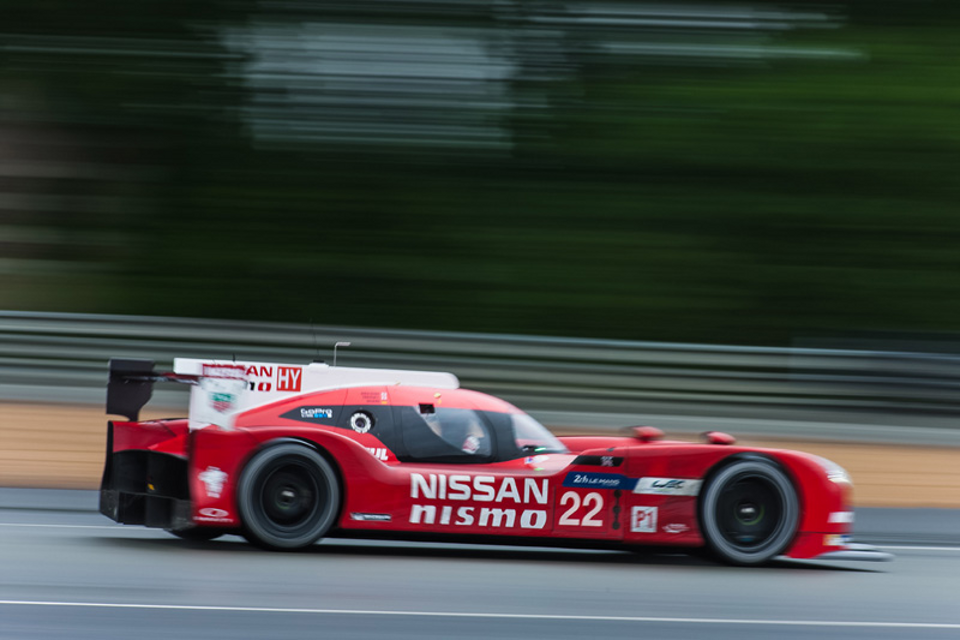 Whilst the majority of the WEC field opted to join Toyota at it's open private test at the Nurburgring, Nissan have successfully carried out a two day program in Austin where they had the track to themselves.

Nissan, who returned to the sport last time out at Le Mans, drew their test at the Circuit of America's to a close with a reported best lap time of a 1:59 for their efforts, and having tested several new components.

Unfortunately however, hopes don't seem to have improved after Nissan's worrying Le Mans showing as the GT-R LM Nismo, again running without it's Energy Recovery System as it did at Le Mans, could only muster a 1:59 best lap time, putting Nissan around 10 seconds off last years pole time set by Toyota and five of the time set by Rebellion Racing in the LMP1-L category.

The only positive news from the test seems to be that the cars refined suspension and FRIC systems allowed Harry Tincknell and Olivier Pla to ride the curbs with little worry; unlike at Le Mans where all nine Nissan drivers were advised to avoid the curbs at all cost.

Nissan will rejoin the rest of the WEC field for the 6 Hours of the Nurburgring at the end of the month.

Premium
I was reading about the test and saw some of the latest twitter pics. The front of the car has been heavily revised. Large dive planes and massive cooling ducts for braking as well. The rear wing not surprising is now far larger in surface area. Haven't seen the car from the back.

It hasn't been 100% confirmed but it seems that the team will run without hybrid for the rest of the year. They just can't get it to work properly. This is a real pity being a sportscar fan but also for the team, seeing their car lapping so far of the pace is not much of a morale booster for the mechanics. With Hybrid I would imagine the car would be maybe 5 seconds a lap faster (assuming it's running on almost half power) so ultimate pace wise the car is almost there.

I wonder if they are toying with the idea of going a completely different route for 2016/17 and rather than spend millions getting the system working they'd rather "do a McLaren" and just work towards next year.

I said when it was made they'd need more cooling for the brakes... this is a multimillion $ company and they just glance over simple facts. Basically, what it looks like they are doing, is conventionalizing the current car in a vain hope that it will gain performance over LMP2 which won't be the case, regardless of reliability issues, the car was woefully off pace, I'd suggest that only a completely knew chassis would change this rather than just facial upgrades.

I think they underestimated the colossal amount of work neccessary to get a completely untried concept to work. Seeing how they aren't even capable of getting the ERS to function at all, I highly doubt they will be able to finish what they started. Props for not taking the easy route and all, but the hard route only makes sense for those highly resourceful and experienced.

Staff
Premium
Still unsure if this LMP1 project was meant serious or that it's just a (successful) marketing stunt. With every outing of the team on track the WEC community is hyped up.

Let's hope they do stick around and use their enormous resources to build a competitive race car.