Volvo’s VP of Marketing and Sales Alain Visser recently confirmed it was not one of the manufacturers Alejandro Agag announced were joining Formula E from next season, but that they’re closely watching the all-electric series’ progress.

Visser’s comments in an interview with Auto Motor Sport come as Volvo has suggested it will phase out its factory support for motorsport altogether, including in V8 Supercars despite immediately seeing success last year with Scott McLaughlin’s four race wins. Volvo is seeking to build a more environmentally-conscious brand image, meaning conventionally-powered motorsport doesn’t fit their “DNA”. Even the World Endurance Championship’s hybrid-power emphasis doesn’t sway them, as Visser says (and right now, I think he’s got a point, given the calendar is entirely 6-hour races besides Le Mans):

“I would say that Le Mans is the absolute dumbest racing class you can run… It cost 20 million euros to drive a car and you get press coverage for 24 hours. Then it's quiet for a year! There are clearly better investments.”

And it appears the mix of eco-friendly image and lower running costs is making Volvo interested in Formula E, with the potential to grow its audience and the cars’ planned performance upgrades in the coming years.

“Audience figures and press coverage are still quite limited but this is a motor racing concept which I absolutely believe can grow. We follow the series very carefully and have undertaken really detailed analysis but we have not yet taken a decision… I rank Formula E as the most competitive motorsport right now. That much I can say.”

He clearly was also watching the craziness unfold in Buenos Aires two weeks ago.

In other news...
Formula E's next race, the Miami ePrix, will take place on 14th March. Until then, check back here on RaceDepartment for more news round-ups!
Last edited: Jan 26, 2015
Reactions: Philip Heck and Frank 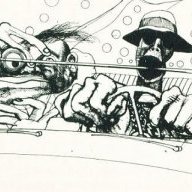 First of all, why is the Hungarian flag on the car?

@Krisztián Tóth It was originally the Indian flag (though I know what you mean, the top stripe is now red), this mock-up's been done over concept art for the Mahindra team's livery.