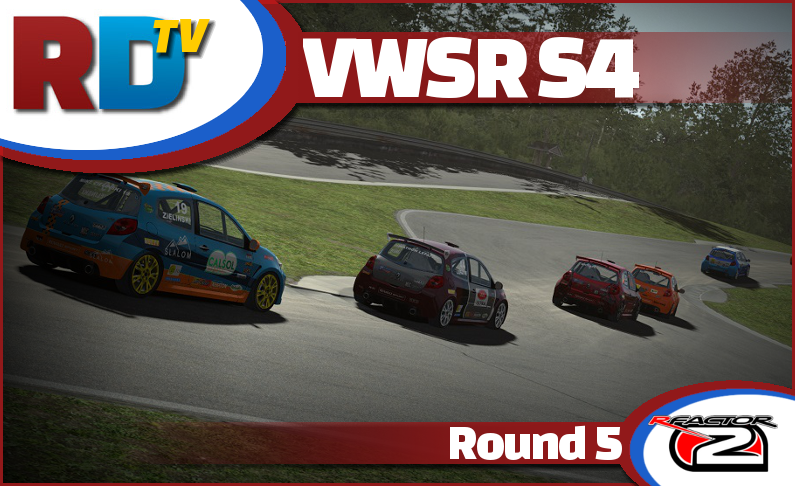 The penultimate event of the Clio Cup is set in the heart of France, at the infamous Circuit de Nevers Magny-Cours. Round 5 of the Virtual World Series by Renault will be on Friday 22nd May 2015, and as always there will be a live web stream for viewers across the world.

The season is almost already over, quicker than it began! It has been truly immense, with fantastic racing and battles throughout the season and the field. Hopefully the final two rounds will intrigue and entertain us as much at the first four. All indicators suggest it will be another exciting evening with two more action packed races!

Season Review... so far!
There has been so much going on in series, the 4th season of the VWSR: Clio Cup, that to summarise it will be a challenge and worthy of the championship itself!

The race to the top spot is still very much on, however, given the form in which Christian Michel has been thus far it's almost inevitable that he shall be able to retain the title. Several drivers are still in with a potential chance of winning the championship - Frederic Schornstein, Simon Christmann, Teddy Buch, and Sky Willis - each with a varying number of points to gain and places to make up before being in contention to nab the trophy from under the nose of Christian. The reigning champion has won all but two of the races so far; he was pipped to post in the first race of the season by his own team mate, Simon Christmann, and by Dutch veteran Franklin Stegink in the second race at Hockenheim. It's safe to say his performance has been top class - that of a champion - but it hasn't always been easy, beating Sky Willis by merely 0.3s at Poznan and Frederic Schornstein by 0.5s in the first race at Hockenheim. You could say that he's a safe bet, but anything could happen!

With two races to spare, MC Racing have already secured the Teams Championship, which goes to show the quality and consistency of their two drivers - Christian and Simon. However, the battle for second place is still very much on, with RD Racing, TriRed Racing and Free Racing all in the mix, and separated by a mere 10 points. Doreamon Racing follow, and are slightly further behind, but could still be in with a chance of securing at least third results permitting; strong performances in the final two rounds will certainly give them a boost in the standings. MadCape Racing are next up, and with only a single driver in Jimi Hughes as well as a bout of bad luck they have struggled to make the impression expected of them this season; no doubt they'll be back again with a vengeance. Below them are RedShift Racing, who currently have the worst points per races ratio but have displayed admirable determination throughout the season. Bringing up the rear are Shillitoe Racing, Dutch Veteran Racing, Andrew Racing and ARHAN.

Meanwhile, Joao Fernandes leads the individual driver's championship. However, this is still very much open, with Phil Shillitoe, Manuel Caratozzolo, Steven Andrew, Conrad Venter and Pedro Gomes all behind but following very closely, and waiting for their moment to pounce. Tapio Rinneaho and John Broadmeadow are also in with an outside chance of taking the individual driver's championship, but have a lot of ground to make up and must rely on results being in their favour.

For more information you can see the full results and standings, up to and including Round 4.

Watch the VWSR live stream on Friday!
We will be bringing you full, live coverage of both races, with commentary courtesy of Xavier de Carvalho and Daiman Patel, from 6:30pm GMT onwards.