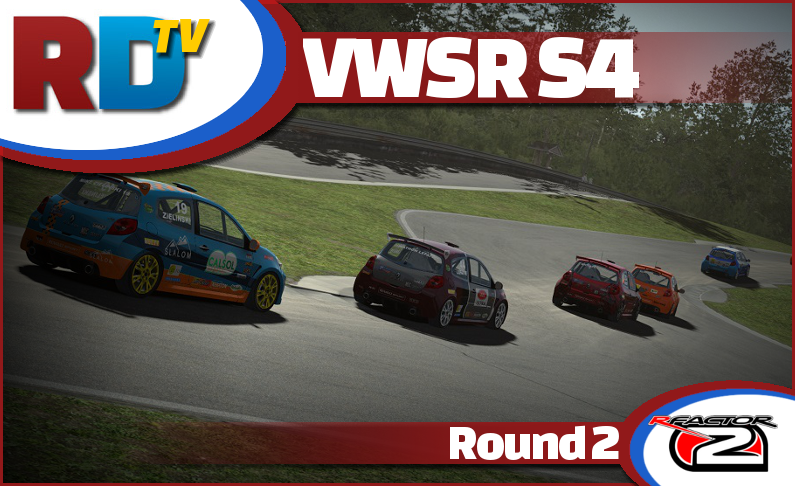 The Virtual World Series by Renault returns this week for Round 2 of the Clio Cup. The meeting will take place on Friday 1st May 2015 at Tor Poznań, with a live web stream for viewers.

After an action packed first round at Croft Circuit in England, this time we travel to Poland in the hope that this event will contain as much excitement at the first. The format, as ever, will be the same - one night, two back-to-back races, and a lot of entertainment!

Christian & Christmann Take Croft
Round 1 of the VWSR Clio Cup presented us with a real treat, with different winners in each of the two races, and battles throughout the field. MC Racing came away the better of the teams after a fairly dominant performance; Simon Christmann scraped a win by half a second in Race 1, but Christian Michel fought back in Race 2 finishing almost ten seconds ahead of his team-mate in second. Jimi Hughes managed to secure 4th and 3rd, but TriRed Racing was left to pick up the spoils after MadCape Racing fielded only a single driver. RD Racing, another of this season's new teams, also got in on the act, currently placing them 3rd in the team championship in spite of having only one driver. MadCape are a couple of points behind in 4th, whilst TriRed Racing occupy 2nd after the first round of racing.

Meanwhile, Tapio Rinneaho was the happiest of the independent drivers, finishing 3rd and 6th in races one and two, respectively; not bad going given that this is his first season in the league. This puts him 5th in the overall driver's championship. He is closely followed by fellow independent driver Joao Fernandes - currently 5 points shy of Tapio - who finished 7th and 5th.

For more information you can see the full results and standings for Round 1.

Watch the VWSR live stream on Friday!
We shall be bringing you full, live coverage of both races, with commentary courtesy of Xavier de Carvalho and James Sadler, from 7pm GMT onwards.

*The prize is transferable to another member, or can be claimed at a later date.
Last edited by a moderator: May 1, 2015
Reactions: Rui F. Martins

Another great race will be shown here at RD. Round 1 was amazing. Now get ready for Round 2.

Enjoy the race! I'll be at work.