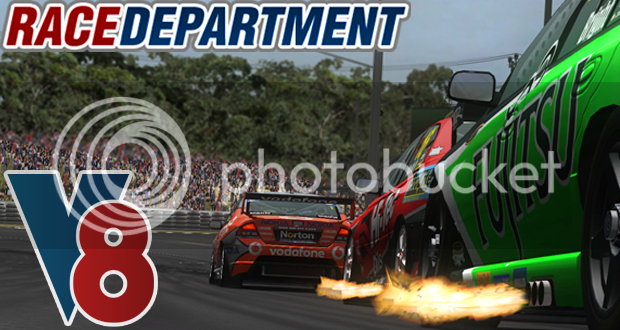 2. We have a fresh, new way of reporting and punishing incidents in the Racing Club, using an infractions system - read more here. You are actively encouraged to use this system - we like to keep driving standards high - so if you feel you were wronged in any way during an event simply send the event organiser a private message detailing the incident. Do not post reports/accusations in the thread itself - negativity and anger gets us nowhere.

Never raced Sydney but sign me up Ryan please
R

As it is a new track released two weeks ago, few have

hope this time we are more that 5 drivers is too easy for me arrive in 5th position.


hi Ryan a narrower road was not there? u want test my ability? good choice more difficult more learn
R

Premium
Can you add me under the "Cindy clause" please, will see if I can start work 30 minutes later And I could do with a 5th place finish
R

Tried this track earlier its so fun in these cars

Server is up!
A

Sign me up please Ryan. I'm getting withdrawal symptoms.

how can you retire, the road is so wide:wink:
NP mate we can do a good PIC-NIC on the grass

nice race and unbeliavible for me finish 2 race try to manage my 3td place but its too hard and after a few of laps my wheels are HOT no grip one spin for race ehehehehe.Nice and gentleman battle guys.
OK Ryan dowln Camberra and try.:tongue: 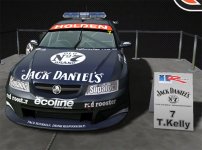 Good time in the V8's tonight. Had good pace through testing but had a strange issue where the car was quicker with race fuel on. So did quali with race fuel.

Race 1 got an okayish start but went a bit cautious into the chicane. Adam managed to get past before later that lap I made a mistake and couldn't slow the car down quick enough so it turned into a bit of do or die overtake on Adam when it wasn't meant to be. Lap two was forced into the wall by Adam while we were both trying to avoid the James - Kjell incident. This lost my front splitter. Lap or two later was forced into Adam by James which damaged a suspension arm. Pitted that lap but got a stop go, Thanks to James for waiting following the incident but you didn't have to . Came in for stop go and got a drive through. Did the drive through and was ahead of James (he had same issue). James was quicker so got past. Before he pitted again this allowed me to finish 6th. WD to Ryan for race 1 win.

Race two started on pole thanks to reverse grid. Managed to hold the lead into T1 but broke a bit too late into the chicane and missed it. Held of on the throttle a bit so not to seek an advantage while Adam managed to get into 2nd place. Later that lap Adam tried a move up the inside resulting in a tap on me but nothing majour. 2nd Lap I lost my front splitter into turn 1 but carried on. From then on in just trying to go as fast as possible without spinning. Nothing more to report and crossed the line to take my first RD win .

Thanks to Ryan for organizing this event (this track is brilliant for these cars). Thanks to all who raced. And thanks to RD for their facilities .
A

Mixed night for me. Was a bit rusty after 3 weeks without racing.

Quali: Never got a good lap. Either made a mistake, got held up, or the only lap when neither happened, my controller decided to disconnect. Ended up 5th but I guess that is where I was going to be anyway but was 2 seconds off my pb.

Race 1: Made a good start but couldn't gain any places. Got past Lee as he cut the chicane and was hunting down the front 3. Lee put a good move down the inside which I saw and gave him the space to avoid a crash and was hoping to get him into the next corner but wasn't to be. Followed him down the main straight and under braking I noticed Kjell and James got together blocking the track. Lee took his normal wide line and slowed down but I usually take the inside line and thats where Kjell was so had to straighten up to avoid him but collected Lee on the outside. Both of us lost our front splitters and i got some suspension damage pulling the car to the left. Valerio had nipped through us all into second and I pulled away from the incident to allow people to recover and was waiting for Lee to catch up so I could let him back through. A couple of laps later, Lee ran wide at turn 1 and I was able to sneak through and chase down Valerio. Was all over him for 3-4 laps but eventually I made a move stick and started to pull out a gap just as Kjell caught us up. Ryan slowed up for some reason and went from being 30 seconds ahead to just 2. Kjell was now on my tail and the last 10 minutes were hard. I was pushing to keep up with Ryan but was also trying to keep Kjell behind. Ryan was slowly pulling away as I was defending from Kjell but my hands started to go numb as the nerves kicked in. As we went over the line to start lap 13 I knew that if I could go quick enough there would be another lap and when Kjell dropped back I knew he wasn't going to make it, so I pushed hard to catch Ryan. Ryan slowed down on the line just enough so he didn't need to do another lap but still managed to beat me over it by 7 tenths. My second 2nd place at RD so I'm very happy about that.

Race 2: Started from 5th due to the reverse grid and made another good start overtaking Ryan at turn 1. Going into the chicane there was mayhem ahead where all three cars cut the chicane but I was only able to get past two of them. Going into turn 10, I pulled alongside Lee for the lead but he just turned in on me and I ended up going over the curbs and hitting the wall. With the right hander straight after, I was unable to regain full control with the rear all over the place and ended up hitting the wall and losing my front splitter. Stayed in second and was able to catch back up to Lee and was on his tail until about lap 7 when I tried a different line into turn 1 to see if I could reduce my disadvantage around that corner but I got it wrong and hit the wall. Got some suspension damage but not as bad as race 1 and I could hear James coming so I waited for him to go past before trying to get going again but I guess there wasn't enough room for him as he hit me (sorry) and thankfully made me face the right direction. He seemed to slow up straight after so I was back in second with Lee 13 seconds up the road and Kjell 9 seconds behind. I managed to get the gap down to 12 seconds but Kjell had caught up to being just 4 behind on lap 12, however after going over the line to start lap 12, my controller disconnected again and I ended up flying into the wall losing the front end and the two front wheels. Really annoyed about that as I felt I had second under control.

Thanks to Ryan, RD, and all of those I battled with
You must log in or register to reply here.
Share:
Facebook Twitter Reddit Pinterest Tumblr WhatsApp telegram Email Link
84
Opinion | Racing In The Rain
0
The Future of Product Promotion on RaceDepartment Forums
11
F1 | First Images From Vietnam GP Pitlane Revealed
53
DTM | R-Motorsport Aston Martin Withdraw From Series