United States GP Debrief: The Sheriff is Back in Town 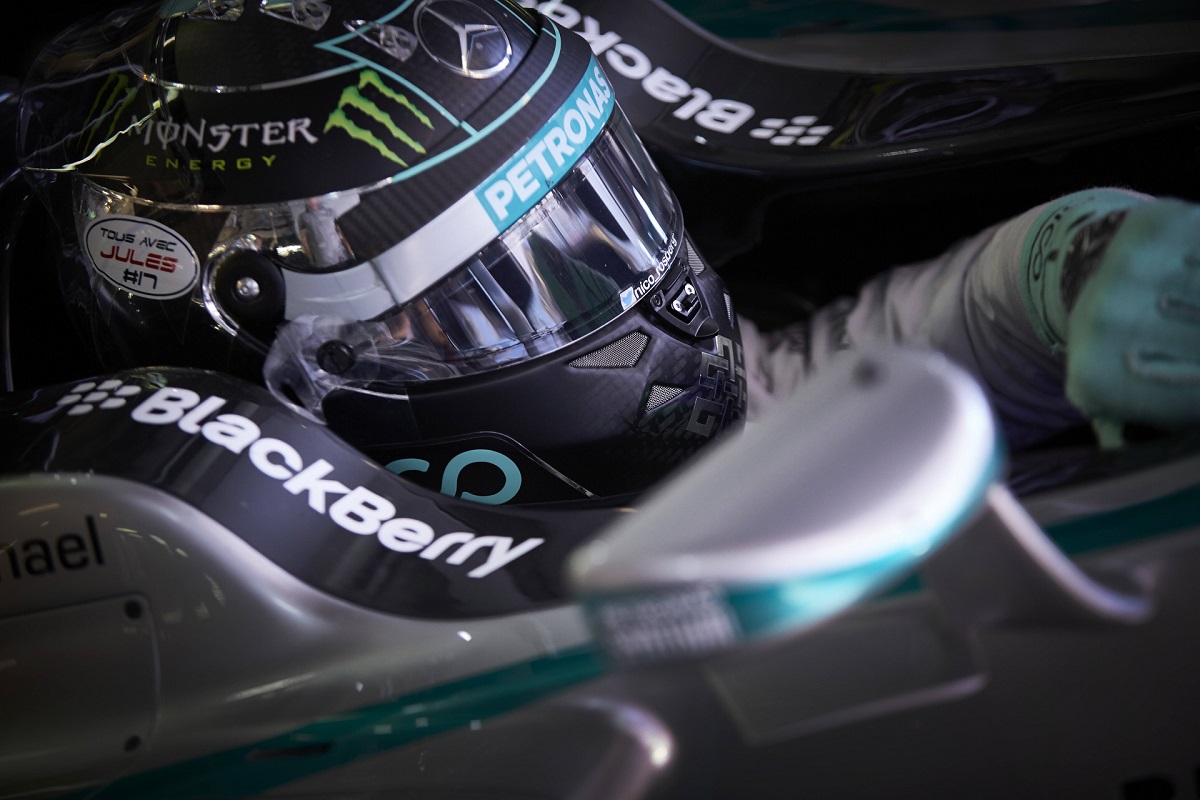 Deep in the heart of Texas, it was only fitting Lewis Hamilton started to wrangle-in the 2014 Driver's Championship.

One of two drivers to win the USGP since it had reopened for business in 2012, Hamilton managed to once again take the chequered flag in Austin, leading home Nico Rosberg by 4.3 seconds. His fifth-straight victory (and tenth overall) sees him 24-points clear of Rosberg in the championship fight -- a lead that, barring any technical difficulties, should prove unassailable.

In taking his 32nd career victory, Hamilton became the winningest British driver of all-time, and the new record-holder was made to work for it after a spirited challenge from Rosberg, who set a blistering lap for pole on Saturday, and maintained his lead in the early stages of the race.

It wasn't until lap 24 that Hamilton took the lead, coming from a long way back to pass his teammate down the inside of turn 12. Rosberg would continue to challenge, but lacked the pace needed in the final laps to close the gap.

The latest Hamilton-Rosberg duel was just one of many highlights of a fascinating race in Austin, so let's have a further look at that, and some of the other major stories to come from the 2014 United States Grand Prix. 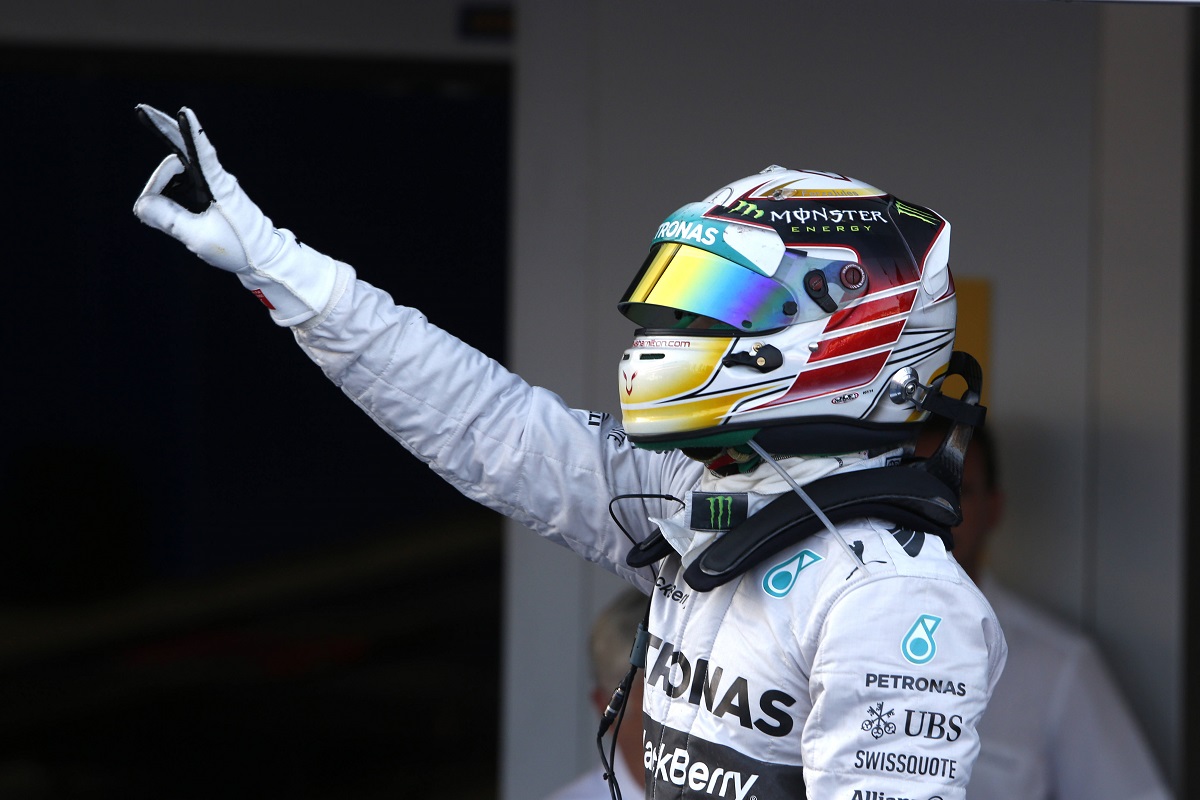 With a comfortable pole position on Saturday, Nico Rosberg was set to reignite his title hopes, Lewis Hamilton put in another sterling Sunday drive to quash that.

In essence it was a race that summed up the season for both Mercedes drivers: Hamilton came in the raging favourite, only to be upended by Rosberg showing some serious qualifying pace most didn't know he had, only for race day to come around and see Rosberg fade as Hamilton stormed back to take the win. Rosberg must be left wondering what more can he do, and yet there's almost certainly no answer that can revive his fortunes this year.

So what can Rosberg take away from such a race? It may seem strange to say, but a weekend like this one provides hope that the German can yet prove of world champion material, if not quite this season. Hamilton could not have come in to this race on better form, yet he was left to admit that regardless of his brake issue on Saturday, Rosberg's qualifying pace was "perhaps too quick" to overcome. For as much as Hamilton holds a reputation for exceptional one-lap pace (suggested most notably in recent times by ex-teammate Jenson Button), Rosberg was able to extend his lead in the qualifying battle to 10-7, which even with some of Hamilton's Saturday misfortune, suggests he'll have plenty of chances to win races.

In the race he did everything right in the early going, doing exactly what was required to best Hamilton's lap times in the first stint on soft tyres, making his decline after the first round of pit-stops all the more notable. Rosberg clearly was not getting as much out of the mediums as Hamilton, who made the most of his post-stop 'hammer-time' to take the race lead. Rosberg appeared to be saving something for the latter stages of the race, and it was this conservativeness that brought him into the clutches of Hamilton.

Considering we've seen Rosberg dominate a very similar situation in China 2012, it's fair to suggest getting the desired outcome for a race like Sunday's is a matter of approach and not fortuity. If 2015 presents a series of more able competitors capable of preventing Mercedes front-row lockouts, it may be Rosberg who -- more often than not -- has the best chance come Sunday. 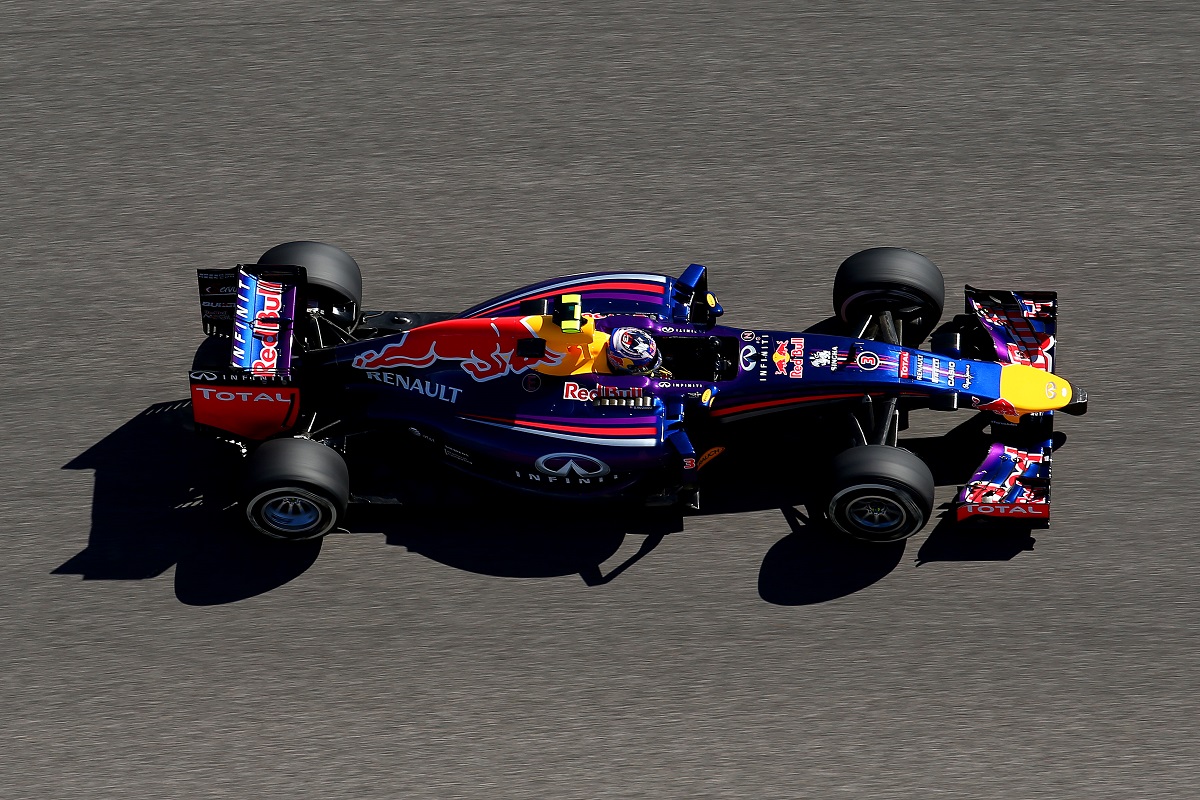 Ricciardo charge a reminder of the value of small teams

Amidst all the drama over the future of F1's smaller teams, HRT-graduate Daniel Ricciardo provided a timely reminder of their value on Sunday.

As a member of Red Bull's junior programme in 2011, Ricciardo was loaned out to the Spanish back-marker for the final 11 races of the season. While he never finished higher than 18th, he showed enough promise there to earn a seat at Toro Rosso, and three years later finds himself one of the most highly-regarded drivers on the grid.

While Ricciardo is just the latest in a long line of stars to get their first F1 chance with one of the sport's backmarkers -- alongside contemporaries Felipe Massa and Kimi Raikkonen (Sauber), as well as two-time world champion Fernando Alonso (Minardi) -- such opportunities are in danger of drying up if the recent woes of Caterham and Marussia are anything to go by. Not every driver can be Lewis Hamilton and walk into a team at the top of their game, nor can they be expected to perform as Hamilton did in his rookie year of 2007. Lower formulae often don't provide the necessary insight F1 teams need to discover the champions of tomorrow, nor can they provide the same litmus test of how a driver will react under the microscope that is an F1 race seat -- Red Bull has certainly taken this to heart with their Toro Rosso initiative, and the results of that speak for themselves.

Even if Caterham and Marussia make it back to the grid, they run the risk of being nothing more than a destination for the deep-pocketed aspirants of the motorsport world. While that certainly comes with no explicitly 'lesser' level of talent, it's more likely to be the case, and damages the reputation of a sport that markets itself as 'the pinnacle of motorsport'. 'Fourteen of the best, and a bunch of rich guys' just doesn't have quite the same ring to it. 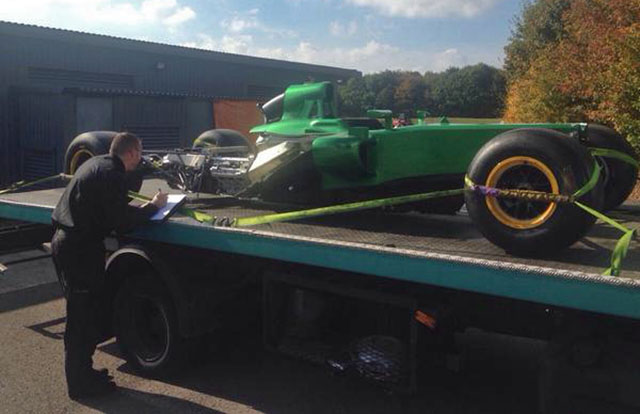 F1 in crisis as teams short on dollars, sport short on sense

If anything has become clear in the past few weeks, it's that Formula 1 has a money problem. Not a lack of money, mind you, but an inability to adequately split a billion dollars.

That's what F1 is: a billion dollar industry. For all the reminders that teams coming-and-going has historically always been part of F1, the fact is that in 2014, no team should fail to recoup an $80 million investment (what it cost Caterham to race in 2013) -- especially when factoring in sponsorship on top of the available prizemoney.

So why does the sport have this problem? There are the several very valid reasons that have been mentioned -- the inequality in contract negotiations (such as Ferrari's 'we're Ferrari' bonus for showing up), the cost of the new hybrid engines, and the money taken out by the sport's investors are all huge factors. However, there are people far more knowledgeable about the sport's finances than me who can explain why those things matter, but there's one problem I don't think has been given the necessary attention -- and that is, that the running of F1 is a for profit exercise.

Unlike every other major sport worldwide, Formula 1 is run not just for the financial gain of the competitors, but for a series of investors, led by CVC Capital and Bernie Ecclestone. To compare this with the Premier League or any of the 'big four' American sports (NBA, NHL, NFL, MLB), the only shareholders are the teams, and the person in charge of administrating the sport is in the employ of the teams' owners. In contrast, F1's corporate structure -- where hundreds of millions of dollars are siphoned off -- just seems illogical.

Formula 1's corporate setup may have worked in the past -- indeed Ecclestone deserves a lot of credit for not just its growth, but its survival -- but now is the time for reassessment. Having the teams buy back ownership of the sport is no small ask -- especially as the Formula One Teams Organisation disbanded just months ago -- but if it could be pulled off, it would, without any doubt, save the sport from itself. Otherwise, the problems we're having now (which are not too dissimilar from problems of the past) are bound to appear again.

Considering the fractious nature of F1 teams, this is almost an impossibility, but Christmas is coming soon, is it not worth asking for a miracle?
Last edited: Nov 5, 2014

im reading everywhere ,that the plan was to let Rubens Barrichello drive the Catherham the last 3 GPs ,and give him the gift of saying goodbye to F! on his home grandprix in Sao Paulo,
now due to the current situation ,,we will never enjoy this gesture towards Rubens

but reality is that GREED(FIA maffia) even doesnt want us to have that little joy
You must log in or register to reply here.