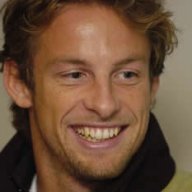 Notes: Mixed feelings on this setup. Originally with 2-4 wings, I found a lot of my time was being lost in the last sector. Also tyre wear was funny, as it was not consistent across compounds. Add in the fact the weekend has the "Hard" blue striped tyre, it was difficult to gauge how much wear I could get away with. Qualified in third, but I was surprised on race day.. as I found it was suggesting I one-stop on the two softest compounds. Starting on the mediums, I planned to run longer and have a charge at the end on softs.

Getting off the line was incredibly difficult. It seemed whichever way I went I had a Mercedes or Ferrari crashing into me. When I did eventually get a good start, I slotted in second behind Lewis. But man .. was he fast. And so were those behind me, I scrapped with Kimi for a while. Lewis was far too quick, so I was happy in second. After pitting I came out side by side with Ricciardo in 5th but stayed in front. At that point I knew I had to catch up to Bottas and Raikkonen, and I was able to get them both eventually to regain 2nd.

And then a miracle happened. With 2 laps to go, my jaw dropped as I read "Lewis Hamilton is out of the race". Couldn't believe my luck. So I won the race, but I'm not happy with the setup. I think more grip's needed. It's hard to say what I would change, so if anyone has any good feedback on possible tweaks please let me know. Cheers.
Reactions: Rodriggo
You must log in or register to reply here.
Share:
Facebook Twitter Reddit Pinterest Tumblr WhatsApp telegram Email Link
14 comments
ACC Custom Livery Workshop Live Stream With Boonatix
66 comments
DAKAR 21 | First Preview Images Revealed
124 comments
rFactor 2 | New Build Update Released