Ugliest F1 car of all time?

Over the years F1 has evolved a lot. Downforce, ground effect, turbo engines, rules changes have all played a part in the car's designs over the years.
Occasionally, although meaning well, designers have come up with some ogreish designs.
I've picked out 10 of what I feel rank as the ugliest F1 cars ever raced. Feel free to express your opinions and add your own to the list, but do remember this is a list of cars that have raced.

From the late 60s through the early 70s, downforce was a relatively new idea. Designers were still struggling to understand how it worked and it produced a period of designs from the intriguing to the downright disastrous.
In 1971, the barmy bunch at March, guilty of a number of nasty looking cars, decided the best way to push the front of the car down was to weld an ironing board to it. Thus was born the March 711. 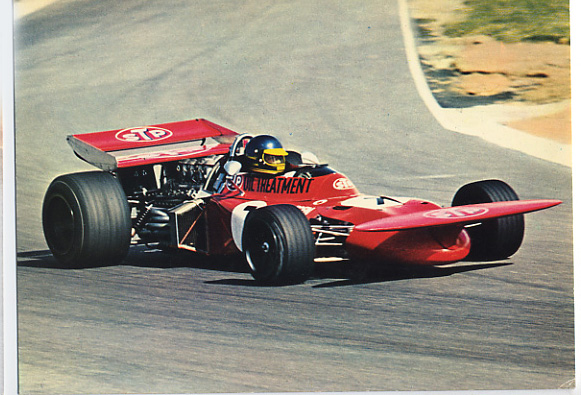 It quickly picked up the nickname "tea-tray". It never won, although Ronnie Peterson managed to finish second with it on four occasions and was runner up to the 1971 title.

In 1979, Ensign removed the radiators from the side pods to improve ground effect. But those radiators had to go somewhere, so they stuck them on the front.

It didn't work, although it might have useful to the driver for getting in. The car was entered into 7 Grand Prix, failed to qualify for 4 of them and scored a best finish of 11th. Following the Monaco Grand Prix, it's 3rd successive DNQ, Ensign reverted to the ageing 177 chassis from the two previous years and failed with that for the rest of the year; qualifying for 3 of the remaining 8 races, finishing only one of them in 13th.

In the middle of the 1970s, Formula 1 went a bit bonkers with the overhead air-intakes, most teams going with the tall and thin approach.
The all new Ligier team decided to stand out from the crowd with their debuting 1976 design, the JS5.

It got a lot of attention, for the wrong reasons. Still though, Ligier's only driver that year, Jacques Laffite brought it home second in Austria. Two 3rds and two 4ths saw the French driver to fifth in the Championship in an impressive debut season for the team, with 20 points.

In 1971, a German caravan manufacturer decided to have a stab at running an F1 team. They approached the already wacky March team and bought the new 711 chassis featured above. On this, they built up their own aerodynamics package, resulting in the Eifelland March 711. This they entered into the 1972 season.

As the season got underway, they bought March's 721 chassis, the successor to the 711, and in just 100 hours, transferred their package across with some improvements. 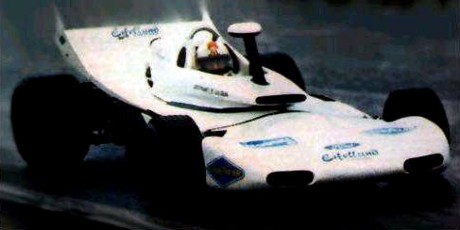 Quite striking was the centrally mounted air-intake in front of the driver, reminiscent of an upside-down F16. But even more striking was the bizarre central wing mirror. Their one and only driver, Rolf-Johann Stommelen, once told of being too scared to drive the car flat out, fearing an accident that would see the mirror's mount slice his head in two. The sad thing about the Eifelland venture into F1 was it's car was quick, but at the start of the 1972 season, the Eifelland caravan factory burned down. By mid-season, the company was sold to avoid bankruptcy, the new owners with no interest in motorsport immediately axed the F1 team.

In 1981, the FIA effectively banned ground effect. This suddenly saw a lot of formula 1 cars with very little or no sidepods, the Lotus 88 a particularly ugly example with none at all, but that never raced. However, the Tyrrell team combined the lack of sidepods with a bizarre boomerang style rear wing to produce this monstrosity, the 012 in 1983.

Thankfully, the wing was short lived and was replaced with a conventional one after just a couple of races.

'Ugly cars' and 'Ferrari' are usually words that don't mix, but the raised, pointed nose, floating bargeboards, odd narrow sidepods and a small airbox poking out above the ridiculously huge headboards produced a look even a mother couldn't love.

In 2007, with the end of Tobacco sponsorship, Honda found themselves free to express themselves with a new livery. They went with depicting the planet Earth against a black background, in an ironic attempt to raise a cooperate image of environment awareness in the most environmentally unfriendly sport you could think of. to the rest of the world, it looked like one of those giant Japanese processional dragons had sneezed all over it. 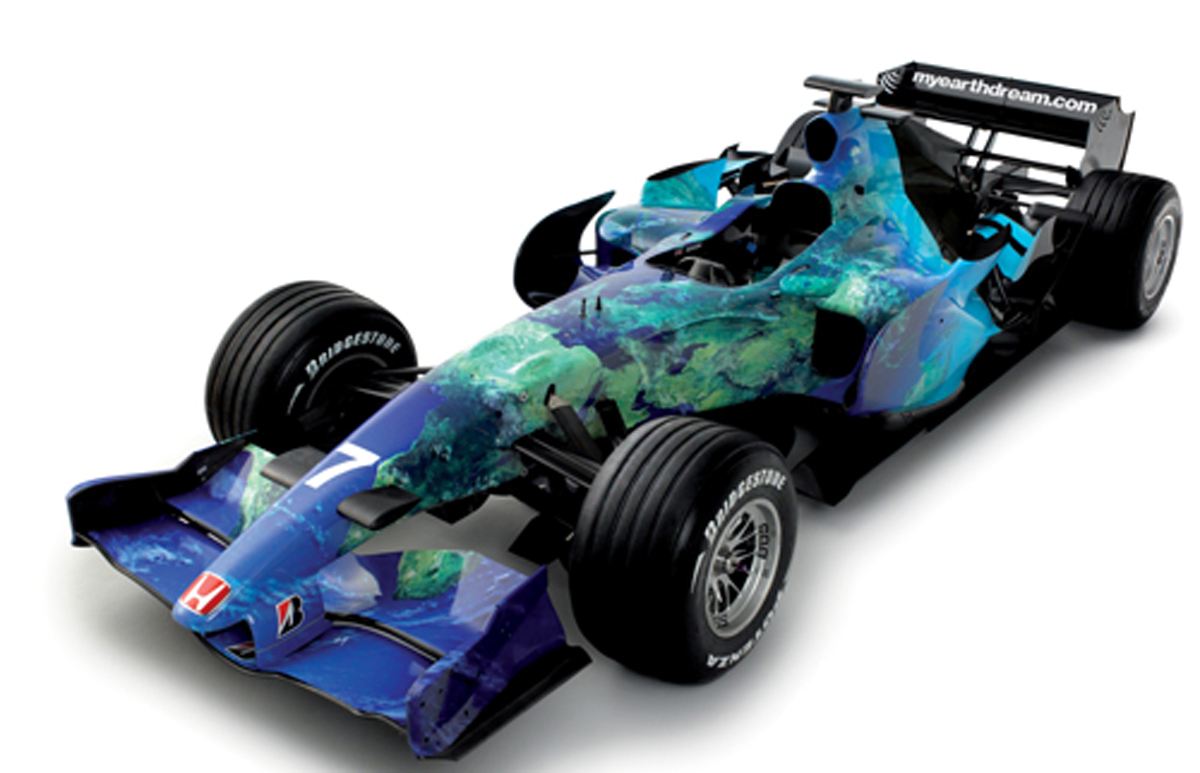 In 1969, Cosworth attempted to start their own F1 team, and came up with the first 4WD F1 car.

It's biggest problems were what it meant to solve. It both understeered and wheelspinned so badly it was quickly withdrawn and axed. It caused Cosworth engineers to openly admit they had no idea what was going through their minds when they took on the project.

In 1995, this particular Mclaren had to be.. .erm... specially widened around the mid-section. 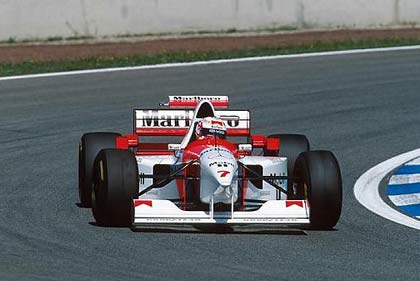 But on that, they also started the craze of putting wings where you wouldn't normally expect them.

Which culminated in 2008, where teams were rampantly sticking bits where-ever they could fit them.

Staff
Premium
Awesome post man! They sure look ugly as hell, with exception of the 2008 cars. I kinda liked those (sorry ray

Thank you, stick around for my most beautiful collection coming tomorrow.

Got to say, I've always had a soft spot for the Tea Tray :good:

I mean, it's so bonkers, you've gots to love it.
U

Nice article, but you forgot one -

I dunno about you guys, but I actually like the Earth-car livery. Not sure why, but it must be something about the nice colours...
And that BMW Sauber just takes the cake for me. It has so many sharp, pointy protrusions it looks like it's trying to stab you. Getting out of that car must have been hell for Robert and Nick...

Ryan Callan said:
Nice article, but you forgot one -

Now we've had the "Beast" list, I suspect there could be some real corkers in the "Beauty" list :good:

Premium
Great article, i agree with the most of them.

But 2008 F1 cars were gorgeous imo. All those wings and horns. I miss them, espicially BMW Sauber.

Premium
Great article and I couldn't agree more, especially the newer ones. The older ones are more charming but I have to admit they are quite ugly

Looking forward to your next thread Luke!

Tell you what would be a good thread...

A "Better or Worse" Livery Smackdown

Staff
Premium
tbh I also thought I liked the 2008 cars, but the sleek looking goosenecked cars we have now are much nicer I think.

Premium
Actually there is no ugly f1 car, all of them are beatiful, there are just less beatiful f1 cars