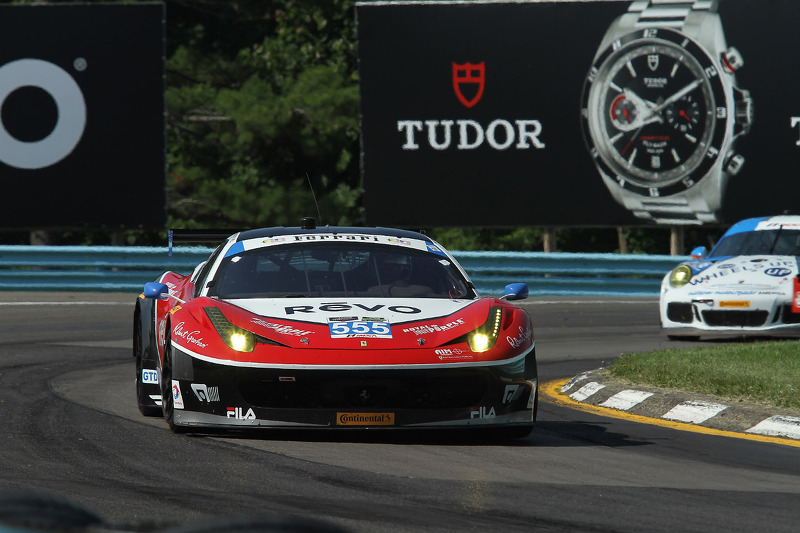 After the news of the teams receiving automatic entries to the 2015 Le Mans 24 Hours were announced in the past few days, there was immediate doubt as to whether the two automatic entries from the Tudor United Sportscar Championship would be able to take up their entries to Le Mans next year.

It now appears that both entries may well end up on the grid next June, with the GT entrant Scuderia Corsa likely to enter the GTE Am class with the Ferrari F458 Italia GTE car owned by Am driver Bill Sweedler. The team would likely partner him with regular co-driver Townsend Bell and another American driver.

The team are currently in talks to partner with AF Corse for Le Mans, although the team are confident they could run the team themselves. Team boss Giacomo Mattioli stated "We are very excited about receiving this entry and we are going to make it happen; we will definitely be there, I'm talking to AF Corse about a joint-venture, but we could do it with our own team."

As for the other automatic TUSC entry for Le Mans which went to Wayne Taylor Racing, their hoping to field an LMP2 entry for the 24 Hours next year, as their usual Dallara-Corvette Daytona Prototype would not be eligible for Le Mans. Wayne Taylor Racing are looking at joining with an existing European LMP2 team to help secure their entry next year.

Team Principal and ex-Le Mans stalwart Wayne Taylor commented "There is time to do it, but whether I can get it together in time, I don't know. There would definitely be a lot of my guys there if we manage it, but we would have to bring in other resources.here are a couple of things in the system and I should know more by the end of the week." Taylor went on to weigh their chances at being "50-50 at the moment".

Taylor did confirm that if the team in successful in fielding an entry at the 24 Hours next year, his eldest son Ricky Taylor would definitely be part of the team. The other two drivers would likely be made up of whichever drivers are regulars with the existing European team their looking to link with. Whilst neither entries are yet confirmed, it would be great to have both entries from the Tudor United Sportscar Championship at Le Mans next year and would add to the international appeal of the world's most famous sportscar race.
Click to expand...
J
Written by

Reading between the lines, you can see what NASCAR ownership has done to the former American Le Mans Series. They dumbed down the specs for some classes and sanctioned it not through the FIA, but IMSA...which is in Bill France's back pocket. This series used to get LMP1 and GT1 entries to LeMans regularly and win! Now they are unsure about whether they can scrap together the money and the drivers because they are Pro-Am and a GT team with a LMP2 entry card. Please make NASCAR get out of Sports Car Racing...someone...please.
You must log in or register to reply here.