TT Isle of Man - Ride On The Edge 2 | Now Available 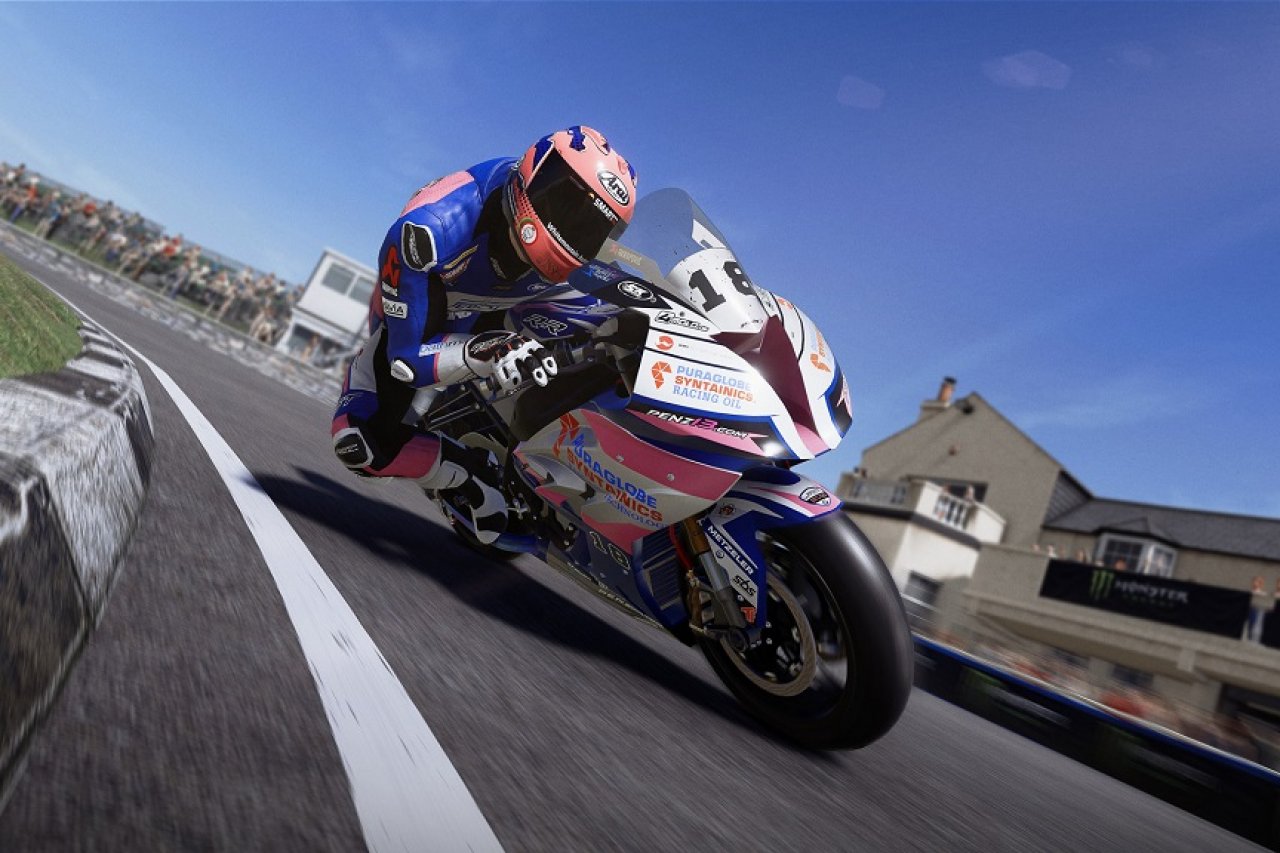 Successor to the popular if somewhat floored original title from back in 2018, the new game promises to offer up a much improved gaming experience for players. Available on Xbox One, PS4 and PC now, with a Nintendo Switch release to follow later in the year, the new game boasts improved physics, customisation options and wear, as well as more teams and riders than ever before.

The new game has been developed with the support of two real-world TT riders in the form of Davy Todd and Julien Toniutti, and utilises the experience and community feedback received following the release of the promising first game from within the franchise.

TT Isle of Man - Ride on the Edge 2 retails for around £34.99 depending on region and platform.


TT Isle of Man - Ride on the Edge 2 is available now on Xbox One, PS4 and PC with Nintendo Switch to follow at a later date.

Got questions about the game? Ask our community by starting a new thread at the TT Isle of Man 2 sub forum here at RaceDepartment. 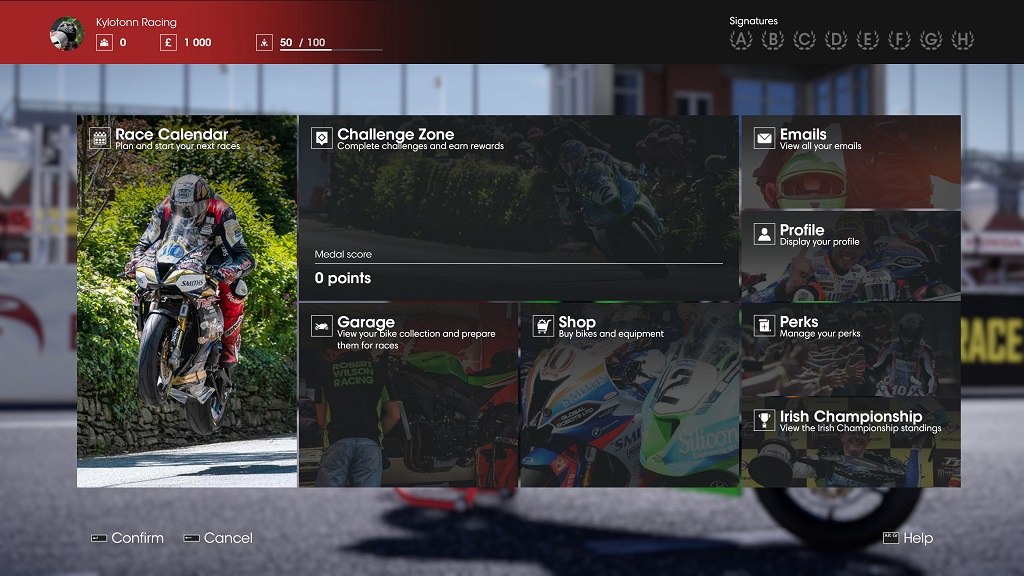 Paul Jeffrey
RaceDepartment Editor-in-Chief, occasional YouTuber, commentator and broadcaster, with a passion for motorsport on both the real and virtual racetrack.
Reactions: Rowdy Busch, Raffi_M and Schizzo 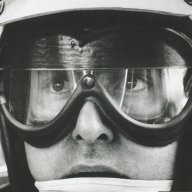 Thank you for incorporating steering wheel support in this new game .
I will get on and do my thing...
Reactions: tonydean2, M D Gourley, Ross McGregor and 1 other person 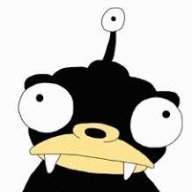 Stig Bidstrup said:
Thank you for incorporating steering wheel support in this new game .
I will get on and do my thing...
Click to expand...

Really??? I guess I have to get it now!
Reactions: M D Gourley
T

More arcadey, bike is on rails now. That being said, it does ride more like Ride games now, just on full arcade more.
Worse chase cams, much better cockpit cams.
Same experience overall in terms of gameplay. Menu navigation is the same.
AI still too easy. You crash a dozen times and you're back on the bike with no damage and you finish first. These guys are just joyriding.
It also has some additional features that don't really matter to me,like "perks" and "freeroam".
I was hoping TT2 would be more realistic and challenging but they obviously chose the larger,younger age arcade loving audience. Doesn't matter, we still have Ride 4 and BSE on the way.
LOVE the music though.
Reactions: StrongestFish, Tylda, Schizzo and 1 other person
Z

I'm playing the 1st while I wait for more opinions and reviews. So far it sounds like some steps forward AND backwards have been taken. Probably gonna be a sale purchase for me. 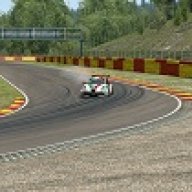 Damage Inc said:
I'm playing the 1st while I wait for more opinions and reviews. So far it sounds like some steps forward AND backwards have been taken. Probably gonna be a sale purchase for me.
Click to expand...

That’s certainly how it felt to me.
Some (imo minor) improvements, some significant steps back.
If I could refund I’d do it and stick with the original TT flawed or not.

Maybe these are bugs and optimization issues.
We’ll find out.

Sorry, I don't understand you. 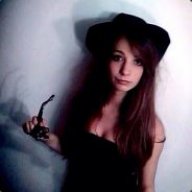 Andy_J said:
Sorry, I don't understand you.
Click to expand...

He said "I was hoping for improvement... but according to reviews it doesn't seem..."
Reactions: Schizzo

It IS better than the 1st game. No random crashes for a start.
Play on sim settings and it's a good game.
The career 'medium' races can be taxing, haven't tried the hard yet.
I can only say that I'm enjoying it, for what it's worth.
Reactions: ObjecTVT, Tylda, Schizzo and 2 others 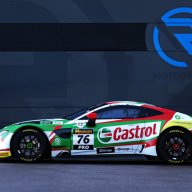 Pepper606 said:
It IS better than the 1st game. No random crashes for a start.
Play on sim settings and it's a good game.
The career 'medium' races can be taxing, haven't tried the hard yet.
I can only say that I'm enjoying it, for what it's worth.
Click to expand...

I'm enjoying IOM TT2 far more than I ever did with TT1, above all the riding experience is far better in all modes of the game. The main TT circuit itself is stunning. There are issues so I'll list the good, the questionable and the bad elements of the game as I see them.

Good:
+++ Bike handling is good, gone are the weird bike into the wall at 90 degrees for no clear reason moments. It's a match for Moto GP and Ride 3. I find switching back to TT1 utterly frustrating in direct comparison. If you just want to hammer around the TT circuit on your choice of bike, it''s great for that.

++ Bikes have much more individual character, mostly because the new handling gives a better sense of weight, torque and how quickly the bike reacts.

++ The assists system seems to work better this time. Switch all the assists off and the bikes really come alive and need careful use of the throttle and brakes. Add some assists and the bikes are much more accessible than TT1.

+ Challenge mode and the 'open-world' area of the map are a good addition.

+ The overall presentation and bikes themselves look superb.

+ The detailed tuning settings look to give a huge amount of options this time, I haven't had a chance to see how much difference they make.

+/- Career mode is much improved with a calendar and choice of events but there are huge difficulty spikes between events. Often one bike is way faster than the rest of the field. It's miles better than the bare bones ACC career and miles away from an F1 19 type experience.

+/- Bike upgrades, at the level of a sort of Forza lite, it seems the career is meant to be a bit of a grind to get the tuning options and give the player an advantage through upgrades. Not well explained and doesn't quite seem right to me. I can see why they did it as a grind/game mechanic and it's ok.

+/- Perks 'eg reduce the payout reduction for restarting the race', again not well explained and many are meaningless (eg slightly quicker pit stops) in the first season as far as I've seen there are no races with pitstops.

+/- The AI are better than TT1 at avoiding the player but they do sometimes cause crashes. Difficulty spikes and field spread don't seem well balanced.

--- 4K graphics performance is awful (i9900K/1080Ti) with the framerate constantly adjusting up and down. It's particularly bad in tree-lined areas where it actually becomes difficult to see the track (this is with motion blur etc switched off too).

- Way too much track debris build up too quickly on the screen and visor. I'd like to be able to switch that down or even entirely off to enjoy the helmet cameras more.

Overall though it's a big step forward and the reviews I've seen seem to agree. Worth the reasonable price imo.
Reactions: Pywackett-Barchetta, M D Gourley, Andrew Harper and 7 others
T

The dirt is realistic, the thing is that in real life objects close to our eyes get blurred and we kinda see through them if you know what i mean. In the game we don't have that and it gets really hard to see when you have two layers of dirt in front of you. It's too much. At least the helmet visor should stay 80% cleaner.
I hope the game is moddable. We need an FoV fix and a dirt fix. Badly.
Reactions: MarkModdy

If the game is moddable I'd change the 3rd person views.
On a huge ultrawide 4k monitor the bike and rider are tiny. The camera should be much closer in my opinion.
As I play in 1st person it's a minor niggle. But yes, too much dirt too quickly.
Reactions: turbo86

god I'm so close to pulling the pin on getting this...... Although I don't feel I got enough out of the 1st one yet (only 55 hours) and I still havn't done a clean Superbike lap (if I do I'm certain I can do a sub 18min....which I'd be happy with). Also I bought Shadow of the Tomb Raider 2 weeks ago and played it once (replayed the 1st game 100% and currently at the end of the 2nd game (90ish%)).....and I bought Borderlands 3 last week. I'm also close to finally getting my wheel rig connected up to new PC to have a proper crack at ACC and continue my PC2 career.

too many games not enough time.
Reactions: Matt Byers, RKip455 and MarkR 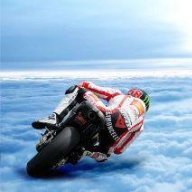 They're looking into the camera views, hopefully get fixed soon and wish they redo the replays, they are awful, changing from one cam too the other way too quick
Reactions: turbo86

Well, at least the game supports wheel/pedals now. I know people find it weird to use wheel and pedals in a bike game, but if you set your wheel rotation very low, it's still *much* better than keyboard (or regular controller for those like me who absolutely hate gamepads).

Other than that, it really seems like a marginal update only to me so far. And with default settings, it looks pretty horrible, at least on the "Noon" time of day - it's way too blueish and very low contrast/grey with somewhat muted colors, almost like if some kind of HDR tonemapping was applied. And it's also horribly oversharpened, but I guess gamers generally love horribly oversharpened image, given that it is a staple of most ReShade presets out there.

Also the cameras are pretty bad. They added a few, but at least for me, only the "dashboard" camera is usable, which means you are viewing everything through a grey half opaque windshield, making the issue with the game's look even worse. The helmet cam is literally that, meaning that it sways up and down and left and right constantly, making driving the bike very difficult, plus all the "helmet" effects once again make your vision a lot worse, then there's the same camera but without the helmet (so it's marginally better, but still swaying like a drunk sailor), and then a nose cam, which is fixed to the bike, so it means it's leaning at ridiculous angles in the corners. And third person cameras...just no. It really needs the same camera as the dashboard cam, but without the windshield and all that.

Also, it is a Kylotonn game, so there's still no FOV adjustment.

And it also has the classic Kylotonn stutter if you disable vsync, even with framerate limiter, where the game claims it's running say at locked 60 fps, but the image still visibly stutters and isn't smooth at all. Enabling vsync fixes that for me, as usual.
Reactions: RKip455, Pepper606 and turbo86

I'm intrigued, I've never used a wheel for a bike game, what do you mean by very low? 180 DOR or even lower? I'll certainly give it a try, smooth input has to be better than the twitchiness of a gamepad.

@MarkR Depends on what your wheel allows, mine (T300) doesn't go below 270. But I guess you could further limit it with deadzones, you would just lose the hard stop at the end of the travel.